‘If Terry Eagleton didn’t exist, it would be necessary to invent him.’ – Simon Critchley, author of The Book of Dead Philosophers

Terry Eagleton fans have been delighted to see several books published by this prominent British literary theorist, critic and public intellectual over the last few years. Eagleton, Distinguished Professor of Literature at the University of Lancaster, is considered one of the most influential literary critics in the English-speaking world and has published over 40 thought-provoking books covering literary theory, politics, ideology, religion and much more.

To mark the release of the newly published Hope Without Optimism and to celebrate his forthcoming book Culture, we have gathered together some of the most recent books by Terry Eagleton published by Yale. 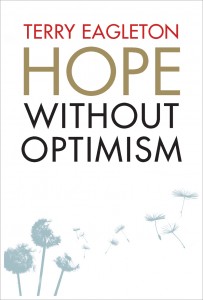 Traversing centuries of thought about the many modes of hoping – from Ernst Bloch’s monumental work The Principle of Hope, through the Stoics, Aquinas, Marx and Kierkegaard, among others – this penetrating book sheds light on religious faith and political ideology as well as issues such as the problem of evil, the role of language and the meaning of the past. A brilliantly impassioned chronicle of belief and desire in an uncertain world.

‘The overwhelming coherence and power of Eagleton’s vision and the superabundance of novel insights is impressive.’ – Raymond Geuss, author of A World Without Why 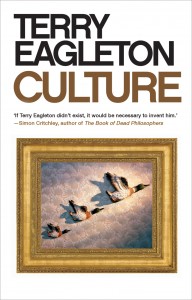 This sweeping intellectual history explores how culture has changed and been understood over the last 200 years, arguing against its increasing commodification today to reclaim its role in enriching our social lives. In a keenly analytical and acerbically funny book, Eagleton places culture firmly in its historical and theoretical contexts, illuminating its collusion with colonialism, nationalism, the decline of religion and the rise of and rule over the ‘uncultured’ masses. 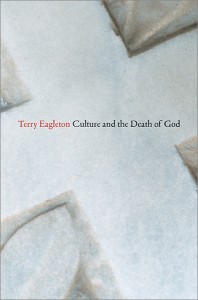 Culture and the Death of God

With his characteristic provocative style, Eagleton addresses the contradictions of living in a supposedly faithless world that is threatened by religious fundamentalism. Covering aspects of the possibilities of art and culture as modern paths to salvation, the so-called war on terror’s impact on atheism and the unique capacities of religion, this offers a deeper look into a just and compassionate future. 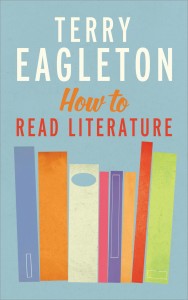 How To Read Literature

This book provides everything you need to know to read literary works with deeper insight, better understanding, and much more enjoyment. Eagleton takes the reader through commentaries on classicism, Romanticism, modernism and postmodernism along with spellbinding insights into a huge range of authors, from Shakespeare and Jane Austen to Samuel Beckett and J. K. Rowling.

‘How to read How to Read Literature? … as an ideal introductory guide to critical analysis, and a thoroughly enjoyable reminder of Eagleton’s own skill and subtlety as a reader.’ — Felicity James, Times Higher Education Supplement 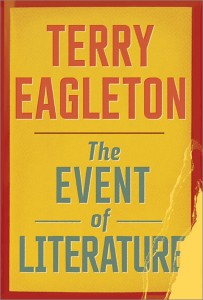 The Event of Literature

The Event of Literature explores fresh takes on much-studied texts, reconciling Eagleton’s previous stances on books and theories with new scholarship. Freewheeling through centuries of critical ideas, he sheds light on the place of literature in our culture, and in doing so reaffirms the value and validity of literary thought today.

‘Written with his characteristic wit, verve and insight, The Event of Literature marks a new chapter in the developing thought of our pre-eminent literary theorist.’ — London Review of Books

You can view more videos with Terry Eagleton here!

We are pleased to release an exciting interview between Arturo Fontaine and Megan McDowell, author and translator respectively…