‘These elections will be competitive, and a true test of the popular will in Burma.’

The long-awaited Myanmar election is now just around the corner – with the potential for significant change for the Southeast Asian nation formerly known as Burma. In the wake of his latest book Blood, Dreams and Gold: The Changing Face of Burma, we asked Yale author Richard Cockett – former Southeast Asia correspondent for The Economist – about the region and the forthcoming election. In this exclusive interview for the Yale blog, Cockett explores the credibility of the Myanmar elections, the popularity of the National League for Democracy – and its leader Aung San Suu Kyi – and the significance of this election within the context of Burma’s tumultuous history.

Yale University Press: The Myanmar general elections in November 2015 are the country’s first elections since its 50 years under successive military regimes came to an end in 2011. With the military occupying a third of the seats in the Pyidaungsu Hluttaw, the country’s bicameral parliament, and the USDP, the ruling Union Solidarity and Development Party, guilty in the past of rigging elections (as it did in 1990 and 2010) there is some uncertainty about whether or not the election will be truly democratic. What’s your take on the credibility of the elections?

Richard Cockett: I think these elections will be competitive, and a true test of the popular will in Burma. That in itself is a big advance on previous such exercises under the military regimes, notably, as you say, in 1990 and 2010. Aung San Suu Kyi’s National League for Democracy (NLD) boycotted the 2010 election altogether – and Ms Suu Kyi herself was under house arrest on both occasions. Now she is already an elected and MP, and campaigning quite freely. Indeed, the NLD is likely to become the largest party in the new parliament, with a majority of the seats.

However, these elections are also taking place very much on the government’s own terms, which means that whatever the outcome is in terms of the popular vote the military will still retain the lion’s share of power in Burma. Most obviously, the notorious 2008 military-designed constitution awards a quarter of the seats in parliament to MPs directly appointed by the head of the armed forces. As it takes the votes of “more than” three-quarters of the MPs to change the constitution, clearly the wholly anti-democratic nature of the constitution will remain for the immediate future, regardless of the election result. Furthermore, even if the NLD scores a resounding victory at the polls, they will not get Miss Suu Kyi as a new president. MPs elect the president, but under the constitution, specifically designed to thwart her ambitions, people with foreign-born spouses and children cannot become president – Ms Suu Kyi was married to the late Michael Aris, a British academic, and her two children both hold UK passports.

YUP: In your new book, Blood, Dreams and Gold, you spend a good portion discussing Burma’s history, beginning with its colonial past – the consequences of which still affect the country today. You argue that the country has never been in a state of ‘order’. In your opinion will the outcome of the elections bring any significant changes?

RC: Yes, in the book I argue that ever since the moment the country won independence from Britain it has been in a state of turmoil, and often civil war. Thus the country has never functioned as a peaceful, well-run and harmonious state; that is something, hopefully, for the present, or even next, generation of Burmese political leaders to work towards.

In that context, these elections might make some difference, particularly if opposition parties win enough seats in parliament to make the pressure for changing the constitution irresistible. Yet there are other processes under way within the country that could equally well determine Burma’s future. The nationwide ceasefire agreement, for example, could be significant, if followed through properly. This bought an official end to fighting between the government and eight of the minority ethnic-group militias. If that leads to proper political talks between the two sides, with real discussions about a new federal constitution, that could eventually be a very important contribution to changing the country. Equally, the foreign investment now coming into the country, particularly from other parts of Asia, such as Japan and India, should transform some parts of the country, and doubtless political and social consequences will flow from that.

YUP: Of the six thousand candidates from all the parties, only ten are Muslim despite minority groups making up 35% of the population. Their rights under the controversial Race and Religion laws passed in August have been seriously reduced. What does the future hold for the minority groups in Myanmar? Is the creation of a federation that respects all minority groups and the end of Burmanisation within reach?

RC: Yes, there is no doubt that the country’s Muslim community will be greatly under-represented at this election, both in terms of the number of candidates and the number of voters. Most egregiously, the Muslim Rohingya in western Rakhine state have been disenfranchised; despite not being citizens they were allowed to vote at the last election in 2010, but this time round they have had that right withdrawn.

This further discrimination against the Rohingya is symptomatic of a more general sectarian assault on the country’s Muslims since 2012, when the Rohingya were ethnically cleansed from Sittwe, the port-capital of Rakhine state. Anti-Muslim feeling in Burma has a long history, dating back to the colonial era when large numbers of South Asian immigrants arrived in the country as Burma was conquered and incorporated into Britain’s Indian empire. The incomers, many of them Muslim, were regarded as colonial satraps by the Burmans, and these old resentments have been stoked up by the government again, this time for electoral gain. The ruling USDP is trying to pose as the sole defender of Burman Buddhism against what it says is a rising tide of Muslimisation – hence the passing of the four discriminatory race and religion laws through parliament.

YUP: Aung San Suu Kyi heads the NLD party (National League for Democracy), the USDP’s main opposition and the overwhelming favourite to win the election. Suu Kyi is portrayed in the Western media as a saintly figure. Can you outline why you take a more critical stance in your book?

RC: I find a great mismatch between the image of Ms Suu Kyi in the West and how she is regarded in Burma itself. Here, she is revered, almost uncritically, as an icon of universal human rights and an uncompromising advocate of democracy. The Burmese view, however, is much more nuanced. She has earned almost universal respect for the terrible personal sacrifices she has made for her country, but it also true that many ethnic minorities, for one, regard her as primarily an ethnic Burman nationalist. They have been disappointed that she has not supported them more in their (often violent) struggles with the Burma-dominated national army, and there is particular anger that she has not spoken out on behalf of the Rohingya, often called the most persecuted people on earth.

I am also critical of her leadership of the NLD in the book. Although she performed heroically keeping the party together during the bleak decades when most of its leaders were imprisoned, exiled or even killed, since 2011 her leadership has been much more uneven. Miss Suu Kyi has presided over the first nationwide party congress, but has also failed to build up a core group of party leaders, a shadow cabinet, in effect, that might lead the party into government. The result is that the party is weaker, both institutionally and politically, than it should be as it hovers on the brink of real power for the first time in 27-year history.

YUP: The book contains many fascinating first-hand testimonies from former political prisoners, guerillas and men and women persecuted for their race and religion. What did you learn about their hopes and fears for the future of Myanmar?

RC: I was mainly struck by how forgiving these people were. Many had been imprisoned for long periods of time by the military regimes, and often tortured, but virtually all the people I spoke to were prepared to forgive their tormentors as long as they themselves were prepared to change and make Burma more democratic. In other words, remarkably I found there very little desire for revenge, merely for the sake of revenge. This must be one of the most encouraging aspects of the current political transition, that almost everyone is determinedly looking towards the future rather than dwelling on the horrors of the past.

YUP: One of the big problems you describe in the book is how drugs have ruined large parts of Myanmar. Could you explain how the government has handled this and why their drugs policies have been so catastrophic?

RC: I was surprised and shocked by the extent of drug abuse that I discovered in Burma. Travelling through the eastern states, most leaders of the ethnic Karen, Shan and Kachin communities told me that at least 60% of their young people regularly took drugs, mostly a methamphetamine called yaba. It is derived from heroin poppies, grown largely in Shan state, and by all accounts production is now firmly on the increase. This is partly as a response to the booming demand in neighbouring China.

But this has happened mainly because poppy production had been protected by elements in the military, or by militias linked to the military, despite their claims to the contrary. In a poor country, I suppose, drugs produce too much money for it to be otherwise.

YUP: As correspondent of The Economist, you spent some time in the region during the period when military rule came to an end and a new rush of reform took place. Did this have positive effects on Burma/Myanmar?

RC: The few years after President Thein Sein started his reforms in Burma, up to about the end of 2013, were very exciting in Burma. I travelled to the country frequently from my home in Singapore to report on the reforms, and to share in the general sense of optimism. Some moments were very memorable, such as Hilary Clinton and her massive entourage descending on the country to give their blessing to the reform programme, and to press the flesh with Ms Suu Kyi. All this did have a positive effect on Burma. I usually say at this point that in assessing Burma’s progress since 2011 you have to compare the country with its regional neighbours. As Thailand has relapsed into military rule, Vietnam’s government has become more oppressive and Malaysia’s government has almost gone to piece, so Burma’s gains look all the more impressive, however far the country still has to go.

Richard Cockett has reported from Latin America, Africa and Asia for The Economist, and was Southeast Asia correspondent from 2010-14. He is the author of several books, including Blood, Dreams, and Gold: The Changing Face of Burma and Sudan: Darfur and the Failure of the African State. 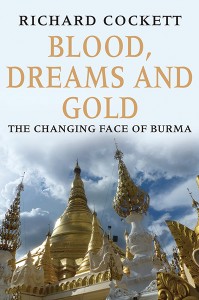 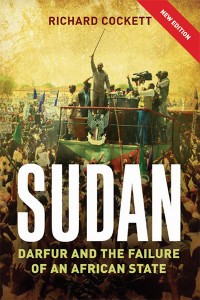 Featured images have been sourced from Wikicommons and can be found here and here.

Notes on Patrick Modiano and Suspended Sentences from the translator, Mark Polizzotti – 2014 At first blush, the…