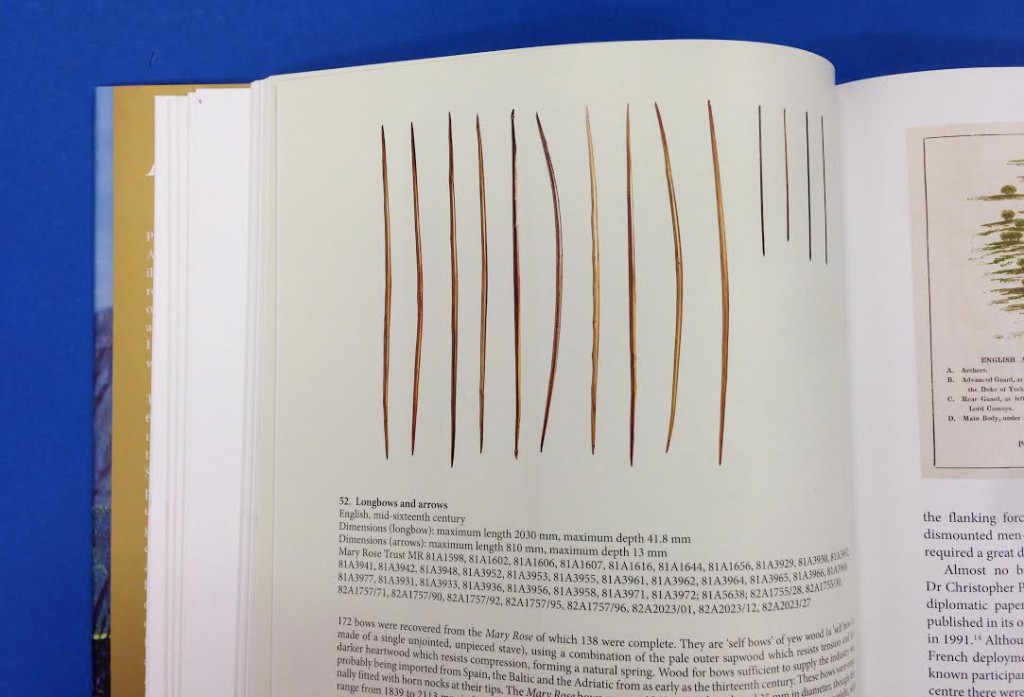 This extract is taken from the chapter ‘All Kinds of Weapons’: the Weapons of Agincourt by Robert C. Woosnam Savage

The French made greater use of the crossbow than the bow; this included the crossbowmen of the urban militias during the Agincourt campaign. Although capable of shooting a heavier arrow, or bolt, crossbows required a longer time to load. The lath of the bow would have been made of wood, composite (made up of laminated layers of wood, horn and sinew) or of steel, the latter having been in use from at least the early fourteenth century. Improved mechanical spanning  devices, such as the ‘goat’s foot lever’, made of a double-framed lever and using two lugs on the side of the tiller, enabled crossbows to become increasingly powerful. However, the more complex these spanning devices became the longer they took to span the bow, the result being that they probably could shoot no more than two or three bolts per minute. The bolts could be shot over a similar range to the lighter longbow arrows (up to about 229 metres [250 yards]), but had a shorter effective range. At Agincourt the author of the Gesta Henrici Quinti wrote that after just ‘one over-hasty volley by which they did injury to very few [the French crossbowmen] withdrew for fear of our bows’. Crossbowmen developed a type of large wooden rectangular shield to give them cover while spanning their bows: the pavise, which was sometimes borne by another soldier, the pavisier, but it is unclear how many pavises were in use at Agincourt. Le F.vre and Waurin make one ambiguous mention of the word pavaix when seemingly referring to the advance of the French men-at-arms. The only other reference is with regard to the urban militias, such as that of Amiens, which provided 30 crossbowmen and 25 pavisiers, but they were probably not actually present at Agincourt.

This book is published in partnership with the Royal Armouries. You can find them on Facebook and Twitter 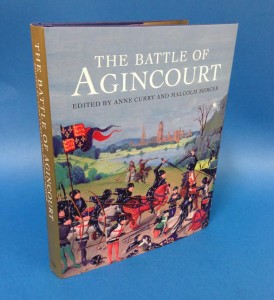 An A-Z of the World – E. H. Gombrich on: Witchcraft