It’s officially autumn, and with the Frankfurt Book Fair around the corner and Yale’s spring 2016 list of books just announced, this seems like a good moment to look back at some favourite publications of the year so far. From Richard Cockett’s indispensable survey of Burma – a must read as we approach the Myanmar elections – to The National Gallery, London’s stunning catalogue to Goya: The Portraits, our seasonal selection features history, science, art and a bit of fiction too!

With a ceasefire in place, and Myanmar elections scheduled for 8 November, Richard Cockett’s Blood, Dreams and Gold is key reading for understanding the political background of one of the most volatile countries in South East Asia. Exploring Burmese history from the colonial era onwards, Cockett’s uniquely personal take is the most rounded survey to date of this Asian nation and its fickle fortunes.

The not-so-distant prospect of robotic intelligence playing an increasingly major role in modern life, and how to control this phenomenon, has been hotly debated in recent months. Heavyweights Stephen Hawking and Bill Gates have contributed to the discussion, claiming there could be perilous consequences of making our machines too smart. Jerry Kaplan’s Humans Need Not Apply arrives just in time to offer insight and guide readers through the rapids of this developing issue. 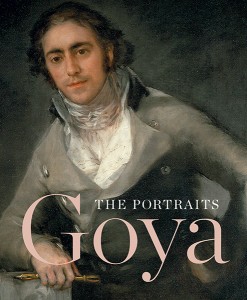 Goya: The Portraits  Distributed for The National Gallery, London

‘Striking and often unforgiving, Goya’s portraits demonstrate his daringly unconventional approach and remarkable skill at capturing the psychology of his sitters.’ (The National Gallery). From 7 October 2015 to 10 January 2016 the National Gallery, London will host the blockbuster show Goya: The Portraits. The accompanying catalogue is the first large-scale book devoted to Goya’s portraiture and provides an extensive synopsis of the painter’s life and works.

Hospitality and Islam: Welcoming in God’s Name  by Mona Siddiqui

Bringing together ideas from classical Islamic thought, Western philosophies and modern ethics, Mona Siddiqui – a commentator and author noted for her work on interfaith and intercultural dialogue – offers a groundbreaking examination of hospitality and its crucial importance both within Islam and beyond.

Lee Jackson’s Dirty Old London had a fantastic first showing. The Times called it ‘a tightly argued, meticulously researched history’ whilst the London Evening Standard hailed it as ‘thoroughly absorbing’. The paperback is released this month – a great opportunity to brush up on your dirty old history if you missed it the first time. Jackson also wrote the ‘30 Days of Filth’ blog tour for Yale, which is available to browse online.

‘This is a tightly argued, meticulously researched history of sanitation that reads like a novel.’ – Paula Byrne, The Times

The Last Lover  by Can Xue

Yale’s Margellos World Republic of Letters series has been fantastically successful and Can Xue’s The Last Lover, translated by Annelise Finegan Wasmoen, is one of the jewels in its crown. As winner of the 2015 Best Translated Book Award for fiction and The Independent‘s 2014 Book of the Year, it’s an inspiring example of the opportunities translation presents.

In this enthralling account of paganism in Britain from the Paleolithic Age to the arrival of Christianity, Ronald Hutton  explores new evidence concerning pagan beliefs and rituals and the meanings of such sacred sites as Stonehenge and Avebury. Loved by the reviewers when it first came out in hardback, this paperback edition was  shortlisted for the English PEN Hessell-Tiltman Prize for History in March this year.

‘Although this is a work of great scholarship it is also an accessible and enjoyable account of a major part of the history of Britain. Greatly recommended.’
– John Rimmer, Magonia

Jonathan Swift: His Life and His World  by Leo Damrosch

In this major new biography, Leo Damrosch tells the story of Swift’s life anew, probing holes in the existing evidence to show how the public version of his life – the one accepted until recently – was deliberately misleading. Leo Damrosch’s new biography of William Blake will be published by Yale in October.

‘An oxygenated account that blows fresh air on Swift, the most readable account in recent times.’
— Brean Hammond, History Today