“Germaine, you and I are the greatest photographers of our time, I in the old sense you in the modern one.” –Man Ray

Germaine Krull (1897-1985) made a name for herself in avant-garde photography in the period between the two World Wars. After attending photography school in Munich she launched her career in Berlin, and later worked in Paris and Monte Carlo. During World War II her leftist political beliefs led her to spend time in Brazil and French Equatorial Africa, and afterwards she travelled to Southeast Asia, later settling in Northern India.

Krull is considered by many to be one of the great female photographers of the 20th century and a pioneer in her field, particularly with regard to the development of the photographic book and photojournalism. A new retrospective exhibition at The Martin-Gropius-Bau in Berlin will explore Krull’s fascinating career, shedding new light on the photographer’s work and bringing together 130 original prints. The show will run from 15 October 2015 to 31 January 2016.

Preview images of the exhibition catalogue for Germaine Krull
at The Martin-Gropius-Bau:

Catalogue author Michel Frizot is emeritus director of research at the School for Advanced Studies in the Social Sciences in Paris.

Germaine Krull is available to buy from Yale University Press and is distributed in the UK for Editions Hazan. 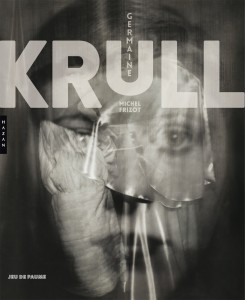 Back to the Garden: Books For Summer 2015

Summer is fast approaching, and while we can keep our fingers crossed that June and July will be…