By Elain Harwood, author of Space, Hope and Brutalism — 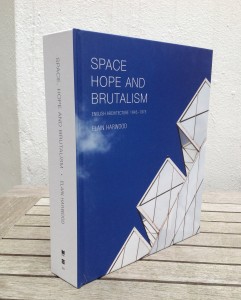 It’s very easy to take England’s universities for granted, to think that just because Oxford and Cambridge are ancient the others must be too. In fact, most of the noble red-brick institutions in our provincial cities were developed after 1900, and their neo-Elizabethan towers owe more to those on American campuses than the originals: an idiom that was exported and then returned to the United Kingdom in a different form. So it was, too, when in the late 1950s the universities were criticised in the national press for still favouring neo-Georgian styles for laboratories and halls of residence, only those academics who had travelled in the United States had a real understanding how modern architecture might encourage young minds to be receptive to new ideas.

Between 1959 and 1964 higher education in Great Britain was transformed with new buildings by brilliant young English architects when, supported by the University Grants Committee, the universities became the leading patrons of modern architecture. Practices like Powell and Moya or Howell, Killick, Partridge and Amis are not well-known outside Britain as they designed very little abroad, yet they produced sophisticated designs that made a radical use of stone, concrete and structure. 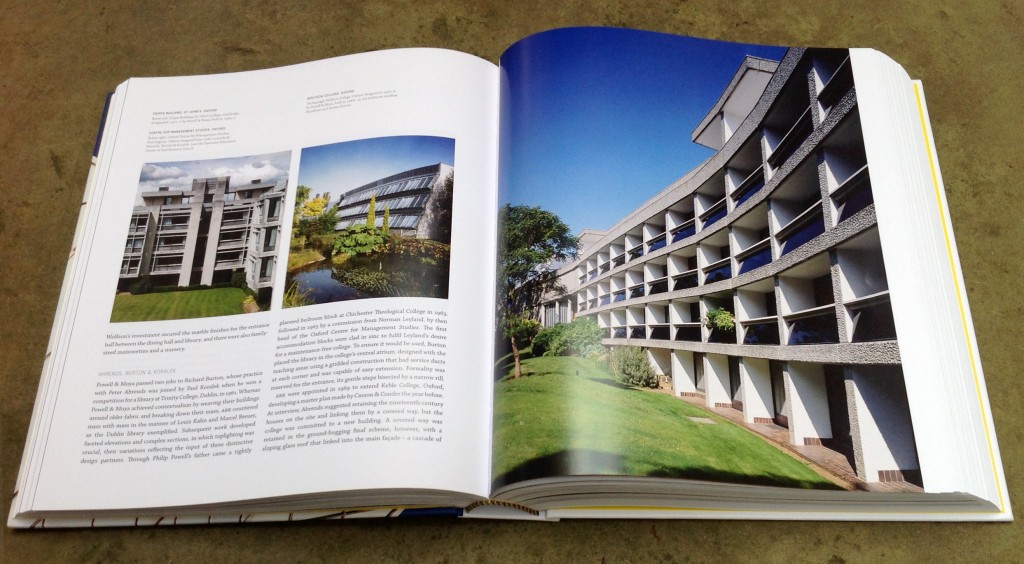 However, for Alan Bullock, the founder of the new St. Catherine’s College at Oxford in 1958, English architecture still seemed tame. Bullock had travelled extensively in the United States, but an American architect seemed out of reach. Instead, perhaps coloured by the enthusiasm of his adviser Jack Lankester, the university’s estates surveyor, he turned closer to home – to Denmark. After carefully considering the many English architects recommended to him and studying their work, he and his university sub-committee visited Copenhagen in November 1958 for a two-day tour. They admired the work of Arne Jacobsen (1902-71) for its attention to every detail, including furniture and fittings as well as the landscaping. He was invited to Oxford in February 1959 and appointed to design the college the next month.

Today we are accustomed to architects enjoying international careers, but in 1958 it was rare for an architect to work abroad, and British architecture was exclusively the realm of home-based architects. Sir Basil Spence, as President of the Royal Institute of British Architects, made a special plea for the appointment of a young British architect. Jacobsen he considered ‘a good minor master’, but ‘somewhat Americanised’. In the The Times, the traditionalist Darcy Braddell considered Jacobsen’s appointment ‘the greatest slap in the face delivered to English architects since the Frenchman William of Sens was brought in to rebuild the choir of Canterbury Cathedral’. 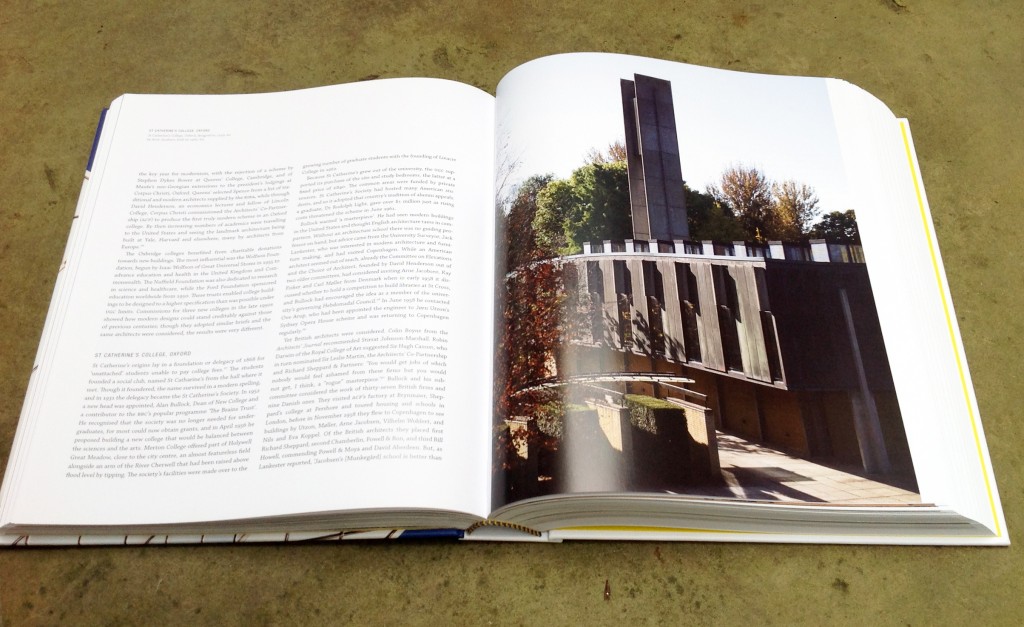 So what did Jacobsen bring to Oxford? St Catherine’s is a simple composition, comprising rows of study bedrooms with a dining hall, library and lecture theatre, senior and junior common rooms placed centrally and a house for Bullock to one side. Its budget was relatively modest, supported by the University Grants Committee and, unusually, by an American alumnus. When in June 1961 rising costs threatened the building, Bullock’s scheme was rescued by a donation of some $1,000,000 by Dr Rudolph Light, a graduate of the earlier St Catherine’s Society and a shareholder in Upjohn Chemicals. This was to be the largest single donation to the new college. 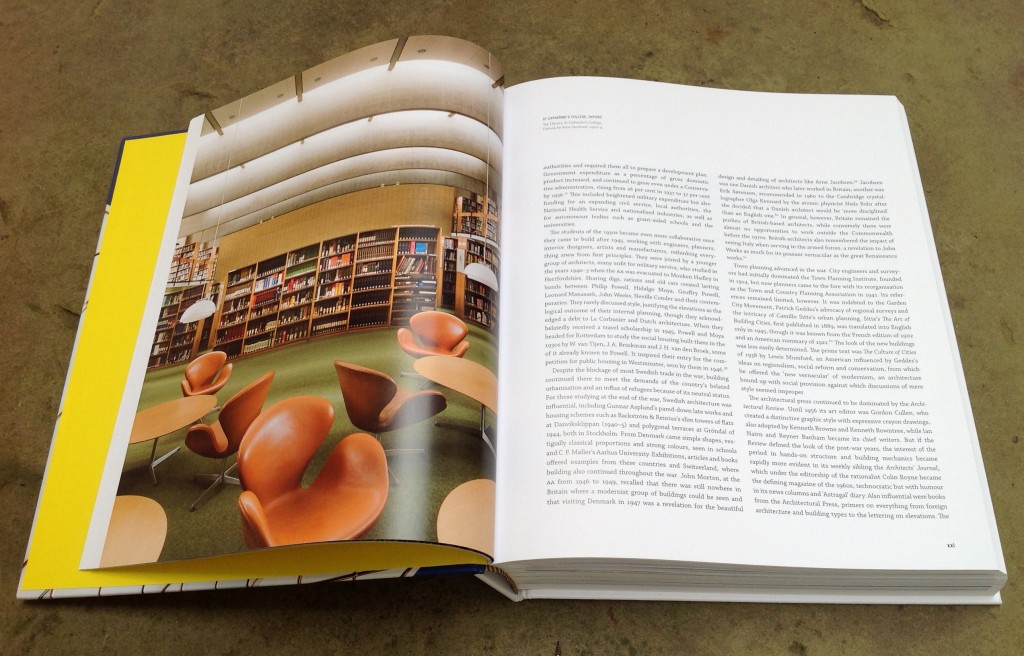 What is clear is that from the first Bullock wanted ‘a masterpiece’, and he felt that young British architects could not give him that. Denmark was the leading country in furniture and decorative arts in the 1950s, combining high quality in design and production with new skills in marketing and exporting their goods. The work of Arne Jacobsen epitomises a milieu in which design transcends individual areas of study. ‘He is versatile to a degree, his interests covering the design of furniture, wallpaper, lighting fittings, and landscape gardening’, Bullock proclaimed, while he himself defined a very specific brief that extended to the use of brick.

Powell and Moya showed what a British practice could do with their addition to Brasenose College, Oxford, skilfully squeezed into a backland site and including their own built-in furniture; a sculpture was borrowed from Henry Moore. But St Catherine’s stood out for the simplicity of its plan and careful choice of materials; Jacobsen produced all the furniture – including a new, high backed ‘Oxford’ chair – and cutlery, and complained when the kitchen staff bought cooking equipment without consulting him. The best comparison is with Churchill College, Cambridge, where it was deemed only appropriate to appoint a British architect to design a building that commemorated Sir Winston. Churchill was the product of a vociferous committee, who produced a rugged mix rather like the old gentleman himself, but to really see how beautiful modern architecture and design hangs together you have to go to St Catherine’s.

Elain Harwood is Senior Architectural Investigator at English Heritage and is a Trustee of the Twentieth Century Society. Her new book Space, Hope, and Brutalism: English Architecture, 1945–1975 is published September 2015. 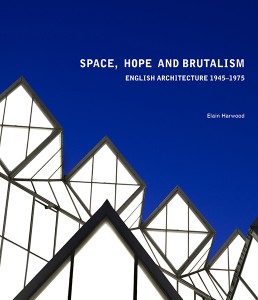 The Past, Present, and Future of America and the Islamic World by Tarek Osman In 1801, the rulers…