‘On 1 August Hitler issued Führer Directive No. 17 … The RAF must be eliminated as well as its ground installations and the aircraft industry.’

The second in our series of extracts from When Britain Saved the West: The Story of 1940 charts Hitler’s evolving plans for invasion in the months preceding the Battle of Britain.

From Chapter 10, The Battle of Britain: The Crisis

The desultory nature of the air war being waged against Britain in July was ended by Hitler. He had been mulling over future grand strategy with his generals and advisers, and on 30 July he came to a decision. The Soviet Union would be invaded in the spring of 1941. ‘England’ had to be eliminated well before then. The Führer’s problem was that this window for an invasion was very short. Bad weather in the Channel could be anticipated to be endemic from October. This left fewer than eight weeks to accomplish the main precondition for invasion – the establishment of air superiority over Britain. Clearly, the air war would require a greater effort and a new plan.

Consequently, on 1 August Hitler issued Führer Directive No. 17, which in part detailed a new direction for the Luftwaffe. The RAF must be eliminated as well as its ground installations and the aircraft industry. Ports, which provided shelter for the Royal Navy or through which food and raw materials were imported, must be destroyed. Any decision to bomb the civilian population as a deliberate act he reserved for himself. Hitler’s military staff, the OKW, added that the RAF must be dealt with in the same way as the Polish and French air forces – that is destroyed on the ground, and that the radar chain should be attacked as a first priority.

Goering, who had largely left the operational conduct of the air battle to Kesselring of Luftflotte 2 and Sperrle of Luftflotte 3, responded immediately to the Führer directive. On 2 August he outlined his second plan against Britain. It was to open on 5 August with an all-out attack (grandiloquently called Adler Tag – Eagle Day) against a wide list of targets – the RAF, ports, merchant ships and warships. And in line with the OKW paper, the British early-warning system, the radar chain, was to be attacked by specially trained units in the first wave.

Goering’s response contained the same flaw as his first plan, although neither Hitler nor the Luftwaffe chiefs seemed to notice. Apart from the contribution of OKW, there was no strategic guidance given to the Luftwaffe. They were not told, for example, to give absolute priority to the destruction of Fighter Command and then to concentrate on ports and imports. The implication was that every target listed was as important as every other target. Yet if the Luftwaffe tried to attack them all, the force would be spread very thin. Goering’s instructions to his airmen amounted to this: destroy Fighter Command on the ground (which implied an attack on all their major airfields) and at the same time attack the aircraft industry while continuing with current operations against ports and merchant shipping. This multiplicity of objectives ensured that whatever pressure was brought to bear against Fighter Command, it would not be maximum pressure. The great offensive had to some extent dissipated before it had begun. 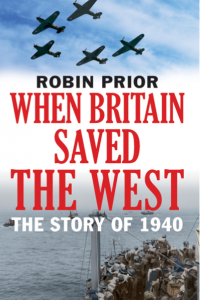