The charm of a second hand book and the thrill of discovering a hidden gem is one of the treats in store for visitors to our bookshop for September. The large selection of rare and antiquarian books showcased by Broadhursts of Southport Ltd is just one of the things that drew us to the bustling seaside town of Southport for the September edition of Bookshop of the Month. Four floors, jam packed with more than 50,000 interesting titles – new and old – means there’s always a book to be discovered. We found out a little more about the 100 year old shop’s hallowed halls from Laurie, the owner.

Can you tell us a little about what makes your bookshop special?

Broadhursts of Southport Ltd was established in 1920 and is not only one of the oldest bookshops in the country but also one of the very few selling both new and second-hand books. The business has traded continuously since 1920 on four floors of our listed mid-nineteenth century building in the centre of Southport. The ground floor is occupied by the New Bookshop containing around 16,000 titles on most subjects, and the other three floors comprise an extensive Childrens Department, eight second-hand book rooms containing upwards of 100,000 titles,and two large Rare Book Rooms with a wide and interesting selection of material.Recently an annexe was added to house our considerable stock of Aviation and Military titles. In addition to books, we stock a varied selection of C18th-20th prints and maps and operate a bookbinding and restoration service. A noteworthy feature of the building is the fact that it still retains most of the Victorian interior fittings including the fireplaces. The ground-floor fireplace in the new bookshop is still in use and usually lit between October and May; also, from the day that the shop opened until the present, every purchase is wrapped in brown paper and string a process that invariably intrigues new adult and child customers alike. Over the years the shop has played host to a variety of authors, both aspiring and established, from Rudyard Kipling and Graham Greene through to Michael Palin, Terry Pratchett, and Carys Bray who brought along a large and fantastic selection of homemade cupcakes for the event. 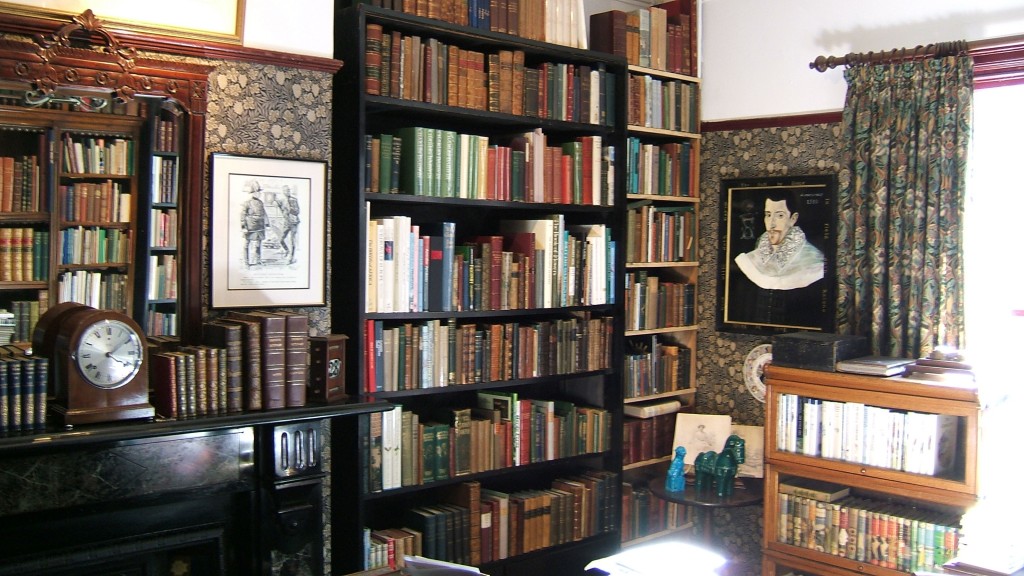 Your bookshop boasts a wide selection of rare books, what is your favourite thing about working with this kind of literature?

The feeling that one gets sometimes when holding a particular book can be difficult to put into a few words. For instance, very many years ago we purchased a substantial country house library some of the boxes of which we only recently got around to opening. In one of the boxes was a large New Testament, still in its original contemporary leather binding,  printed in Mainz by Anthony Koberger, the greatest printer of his time, in 1478, which was only 25-30 years after the first book to be printed in the West from moveable type. Furthermore it was copiously and clearly annotated in the margins firstly in a beautiful, neat contemporary hand and then in a later 16th century hand. “Who was the first owner? How had it got from Mainz to England? Who had annotated it? How many  had handled it through one of the most turbulent periods in British ecclesiastical history?” All these thoughts go through your head, and I think that as a bookseller, it is a rare privilege to handle something like this wonderful survivor, which first came into existence when Edward IV was still on the throne of England.

On a more prosaic level, one of the main advantages of selling both new and second-hand books is the possibility that if a customer comes into the new bookshop asking for a particular title that isn’t on our shelves, we might have a second-hand copy in stock that would do just as well. Result; happiness all round.

Can you recommend a book to read when visiting the (Southport) seaside?

A number of our booksellers have recently read A Song for Issy Bradley, a novel written by local author Carys Bray. Issy Bradley follows the local Bradley family in the aftermath of the death of their youngest daughter, Issy. The book is set in Southport, and many of the town’s most well-known landmarks, from the arching Millennium Bridge to the marshy coastal flats (themselves the sites of much local folklore and history), play an important role in the story, as a broken family slowly rebuilds themselves. Although at first glance this might not seem like a particularly cheerful story – and to be sure, there are tears within the pages – it is an ultimately inspiring one, as the characters pull themselves together and learn to deal with their grief together. Carys has written a wonderful book that I feel we would have loved anyway, and setting the events in Southport, brining in local culture – down to the obsession of one of the main characters for Liverpool FC – really makes the book a perfect choice when visiting the town.

What do you enjoy most about working in the book business?

The look of happiness on people’s faces, prompted by any number of things. It can be as simple as the slow smile of satisfaction on a cold day, when they huddle around the coal fireplace (and increasingly, have to explain to the younger generation what coal actually is…). For new customers, it can come from the gradual realisation as they walk around and take in the surroundings, that this is a “proper” bookshop, of the type that they had begun to think had been lost in the modern world. It can come from our regular customers, coming in to treat themselves to a new book and a chat with the booksellers, part of a regular routine which often goes back years, even decades.

More so, the look you get when you have matched the person up with the right book, whether they have come in for something specific, often a book they remember from the past, or with a vague desire for a “good book” which, by talking to them, we can often provide. The feeling of being able to do so is also a bonus – as is legitimately being able to say, when you spend all your own time and money on books, that it is research for work purposes…

Click here to view more of our Bookshop of the Month features.

Visit their website or send and email on broadhurstbooks@aol.co.uk for more information.