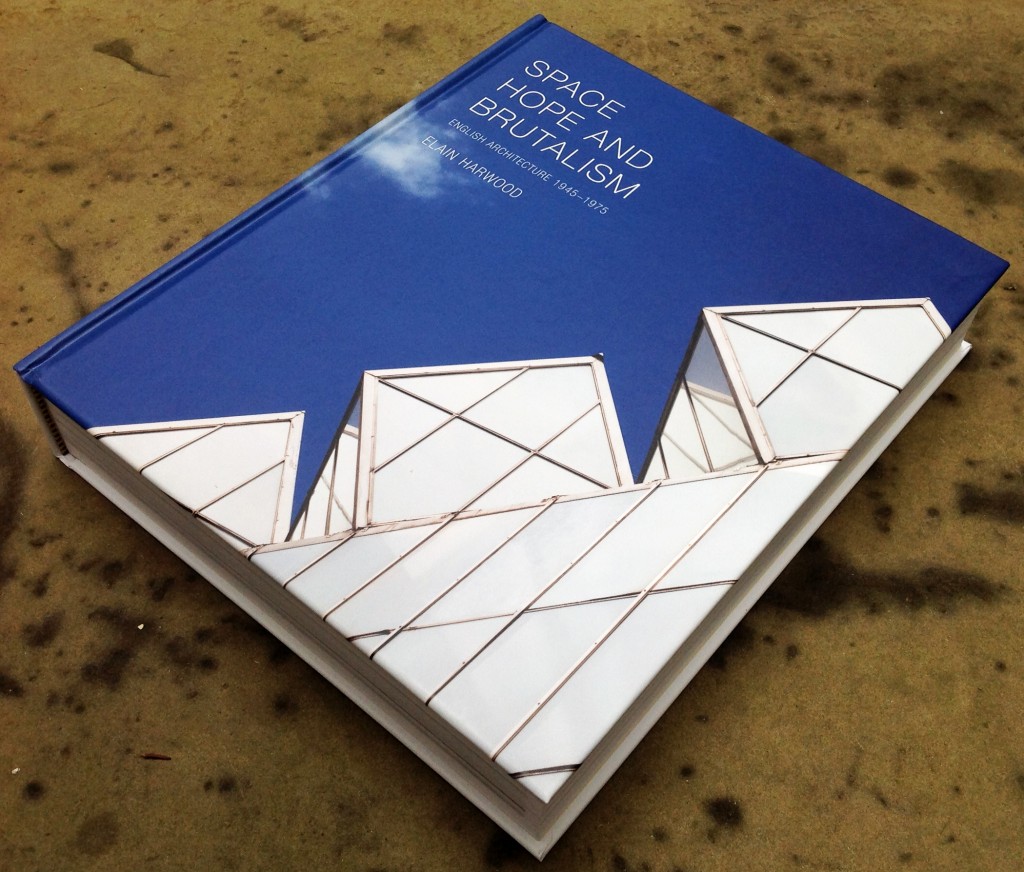 Many of us in Britain are familiar with the uncompromising Brutalist architecture that can be found throughout the country. Finally, thanks to Elain Harwood, we now have the first major study of English architecture during the controversial decades between 1945 and 1975. Focusing on post-war Britain, Harwood demonstrates the optimism of the welfare state that is reflected in this architectural style, and uncovers the logic and beauty of buildings that some still consider ugly.

In an exclusive interview, Elain Harwood talked to us about the creation of this stunning publication, why the Brutalist period is so important and her plans for future projects.

Yale University Press: Your book is spectacularly illustrated with what many people in this country regard as very ugly buildings. Are you hoping this book might change general opinions about these buildings?

Elain Harwood: That was certainly the aim when the book was commissioned in 1997 – it grew out of the first thorough survey of buildings of the 1950s and 1960s that led to about 300 being listed in 1992-8. Since then the period has become much more widely appreciated and is very fashionable with designers, collectors and the large numbers of younger people who appreciate it as a unique era in its ambition and opportunities. 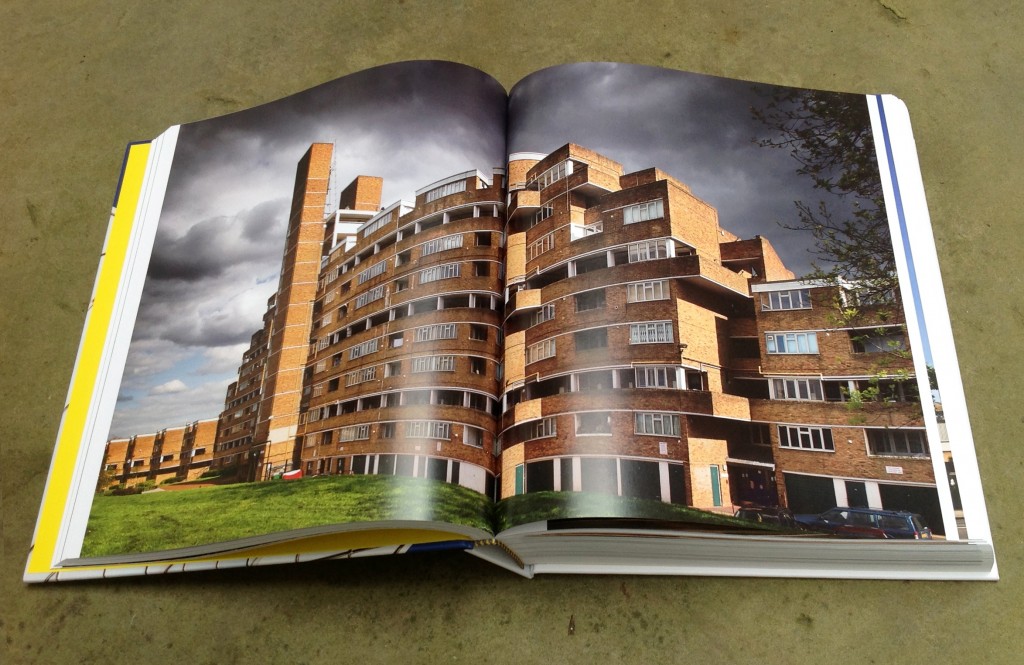 Dawson’s Heights, Southwark, designed in 1965 by Kate Mackintosh of the London Borough of Southwark, built in 1967–72

YUP: You work for an organisation – Historic England, formerly English Heritage – that is, as its current and former names imply, associated with some of England’s most cherished historic buildings. How did you come to work with and write about mid-twentieth-century buildings, which many people would not classify as ‘historic’ at all?

EH: I think I was very fortunate in joining the research side of the organisation at a time when what made a historic building was being questioned more radically than at any time before or since. I had already become very interested in modern architecture after seeing the ‘Thirties’ exhibition at the Hayward Gallery in 1979, and had begun exploring later architecture after reading Lionel Esher’s ‘A Broken Wave’ in 1981 – perhaps the first review of the architecture of the welfare state; a friend chanced on a review copy in a bookshop and it caught our imaginations. I had been working for English Heritage since 1984 and more buildings of the inter-war years were beginning to be listed – interest in Art Deco was perhaps at its height, following the destruction of the Firestone Factory, though the 1930s were still controversial: the week I started work saw the delisting of a great 1930s house called Torilla. But then groups like the then Thirties Society began to question whether conservation should stop at 1940 when buildings like Bankside Power Station were threatened. When in 1987 I was promoted to do research, Bracken House had just become England’s first post-war listed building, and senior colleagues were looking for the best examples of 1950s architecture to put forward a ‘Top 50’ or more to government. I got sent round London to look at houses by architects as diverse as Peter Moro, Stirling and Gowan, Eric Lyons and Raymond Erith, and became hooked.

YUP: You write about many architects and architectural practices over the thirty years this book covers. Could you pick out any one name that for you represents the most important architectural achievements or developments of the period?

EH: Difficult, as there are so many achievements and developments. If I had to single out one building it would be Leicester Engineering Building by Stirling & Gowan because it combines ideas on modernism and constructivism from across the world with Britain’s engineering tradition and materials that were a response to British cities.  That’s partly why it is on the cover. If I had to pick one architect I think it would be Ralph Erskine because his work sums up the social commitment and changing forms of architecture within the period – if you add on his work in Sweden you can see how his buildings go from 1940s austerity to Brutalism to something more personal, but his best work for me is in Britain.

YUP: You discuss the interplay between the architectural and social history of buildings in your book – can you explain why this is important to you?

EH: I think if people understand the ideas behind a building they will appreciate them more. And the welfare state that gave me so many opportunities growing up in the 1970s is important to me, so it seemed vital to bring the two disciplines together so that one would inform the other. It’s odd being part of history oneself, but I was talking to my parents recently and it was clear that low wage earners like them could not afford to send their children to university now.

YUP: The name of the photographer of most of the illustrations in the book, James O. Davies, appears prominently on the title page. How important was it for you to work closely with a photographer on this project?

EH: It was absolutely crucial. What James did in 2010 was grasp the project and give it order – by having most of the images from a single source it gave organisation to a very diverse project that was in danger of falling apart when I was looking for pictures and plans from diverse archives and architects. I think having one eye giving an overview helped unite such a disparate text, though it’s a very strong and personal view rather different from my own so that it’s very much a joint work.  It is also great that the book has new images rather than the standard old ones used in most books or websites about  the period, and this will give the book greater appeal.

YUP: The research for and writing of this book has occupied you for some years. What do you plan to work on next?

EH: The book has taken 18 years on and off. I’m now working on a book about the new towns in greater detail for Historic England, to be followed by something on postmodernism.

Elain Harwood is Senior Architectural Investigator at English Heritage and is a Trustee of the Twentieth Century Society. She is the author of Space, Hope and Brutalism: English Architecture, 1945 – 1975 and the Pevsner City Guide to Nottingham. 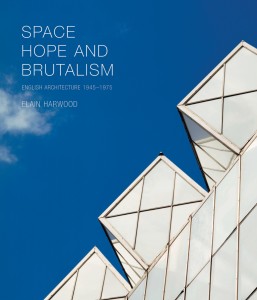 ‘If one lives in dear, dirty old London, [washing] three times a day is none too often’ Throughout…