The Duke of Wellington felt far from triumphant after defeating Napoleon at Waterloo, famously remarking that “I don’t know what it is to lose a battle, but certainly nothing can be more painful than to gain one with the loss of so many of one’s friends.” A few weeks later in Paris, at the pinnacle of his fame, he told a friend, “I hope to God that I have fought my last battle. It is a bad thing to be always fighting. While in the thick of it I am too much occupied to feel anything; but it is wretched just after. It is quite impossible to think of glory.” And he devoted the rest of his life—thirty-seven years as an immensely influential figure in Britain and Europe—to ensuring that he would never be called upon to preside over another bloodstained battlefield.

‘I don’t know what it is to lose a battle, but certainly nothing can be more painful than to gain one with the loss of so many of one’s friends’

In Paris in the autumn of 1815 Wellington and Castlereagh used the prestige of victory to combat the demands of some of their allies, notably the Prussians, to impose a harsh peace on France, that would have made fresh wars more likely. To help stabilize France a multinational army occupied the northern third of the country for three years, and Wellington, who commanded the force, worked tirelessly to minimize friction with the local population while encouraging the French government to broaden its base of support and appeal to moderate liberals as well as committed royalists. When the occupation army was withdrawn at the end of 1818 Wellington joined the British cabinet and threw his weight behind Castlereagh’s policy of close co-operation with the other European powers, seeking to defuse and diminish tensions before they became dangerous, and resisting liberal revolutions that might spread and cause fresh wars. He continued to champion this policy after Castlereagh’s suicide in 1822, strenuously opposing the more belligerent and narrowly self-interested foreign policy pursued by George Canning the new foreign secretary. Their disagreements played a large part in the breakup of the conservative party after the Prime Minister, Lord Liverpool, was incapacitated by a stroke in 1827. Canning attempted to form a liberal Tory government without Wellington, but died within a few months and his successors soon resigned, leaving Wellington to attempt to reconstruct Liverpool’s conservative coalition when he became Prime Minister in early 1828. However it proved impossible to unscramble the omelette and the antipathy which had built up between different wings of the party over a number of years could not be eradicated. Wellington was a much more skillful and politically astute Prime Minister than has generally been recognized, but he had been dealt a weak hand of cards, while the need to avert the risk of civil war in Ireland by granting equal civil rights to Catholics, permanently alienated many of the government’s natural supporters.

When Wellington’s government fell in late 1830, the Whigs came into office for the first time in a generation, and set about consolidating their grip on power by radically redistributing parliamentary seats and changing the franchise in ways that favored them and their liberal allies. These changes, known to us as the “Great Reform Act” and lauded by liberal Victorian historians as far-sighted and altruistic, appeared little more than a crude gerrymander to Wellington and other conservatives who opposed them with great determination although without success. However once the bill was passed, Wellington and Peel accepted defeat and set about rebuilding the conservative party while extending its appeal to a wider section of society. Between 1835 and 1841 they led a cautious opposition, supporting the ministers who were often under pressure from the radicals, and frequently putting national interests ahead of immediate political advantage, sometimes to the fury of their more impatient supporters. Wellington’s immense influence in the House of Lords was essential here, because this was where the conservatives were strongest but also most vulnerable, for an outright confrontation between the two Houses of Parliament would inflame the radicals and trigger pressure for further parliamentary ‘reform’.

In 1841 the Conservatives won a comfortable majority in the Commons and appeared likely to resume their position as the natural party of government. Peel became Prime Minister and Wellington took a seat in cabinet without portfolio and led the government in the House of Lords, while in the following year he also became Commander-in-Chief, without relinquishing his political position. He pressed his colleagues strongly to increase defense spending, warning of the dangers posed to British security by new technology—notably steam-powered ships, which made crossing the Channel much easier—and noting that popular feeling in France had been inflamed by the provocative policies pursued by Palmerston, the Whig Foreign Secretary especially in 1839–41. Wellington’s calls did not go entirely unheeded but other priorities, including spending on the navy, intervened and the military budget was never increased to the extent that he believed necessary to ensure that the country was safe from invasion, let alone that the army be ready to mount an expedition to the remotest corner of Europe. (Criticism of Wellington for the deficiencies shown in the Crimean War is particularly ill-founded).

When Peel’s government was split asunder over the repeal of the Corn Laws in 1846 Wellington loyally supported the Prime Minister although without enthusiasm, and worked hard to restrain the acrimony provoked in the debates. He was remarkably successful in the Lords, but in the Commons Peel and Disraeli both went out of their way to inflict the maximum possible damage on each other and on the Conservative party, leaving scars that took more than half a century to heal, and ensured that it would be out of office for most of the next two generations.

Wellington was a major figure in British politics for more than thirty years after his return from France at the end of 1818, but his contribution was disparaged and neglected by following generations who preferred to concentrate on the glamorous figure of the military hero and who accepted the liberal interpretation of political history between Waterloo and the Crimean War at face value. Waterloo was Wellington’s greatest victory, but some of the most interesting parts of his life were still to come.

Rory Muir is visiting research fellow, School of History and Politics, University of Adelaide. He is the author of several previous books related to Wellington’s career, including the two-volume set, Wellington: The Path to Victory, 1769–1814 and Wellington: Waterloo and the Fortunes of Peace, 1814-1852.

For a free accompanying commentary by the author visit www.lifeofwellington.co.uk. 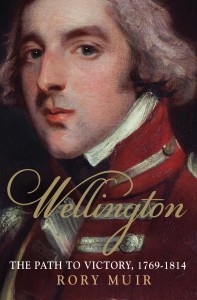 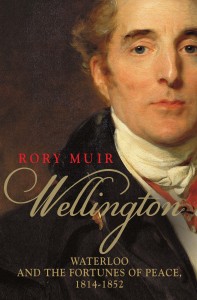 Author Article by Nicholas Thomas: How the empire brought invention, as well as exploitation, to the Pacific

Islanders is a compelling account of the lived experience of the empire in the Pacific, the last region to…