The recent official announcement of Taliban leader Mullah Omar’s death has excited widespread debate and speculation on what next for Afghan Taliban and potential peace negotiations. Yale’s author of The Taliban Revival: Violence and Extremism on the Pakistan-Afghanistan Frontier, explores some of the key issues in a short analysis for the YaleBooks blog.

The news of Mullah Omar’s death has dealt a psychological blow to the Afghan Taliban. Yet, it will have an insignificant impact on the operational capabilities of Taliban on the ground in both Afghanistan and Pakistan. Most of the insurgent activity in the east and south of Afghanistan is well entrenched and local field commanders are spearheading those efforts. Militancy around Kabul is orchestrated by Taliban elements that are more extremist and linked to organised crime networks, and for them Mullah Omar for many years was more of a ceremonial head rather than someone marshalling his forces directly. At the least Mullah Omar was a unifying factor for the Taliban and his written messages delivered on various religious occasions (irrespective of whosoever drafted those) were influencing ordinary Taliban.

Afghan Taliban meanwhile have picked up a new leader – Mullah Mansoor – but he is no match to the deceased leader either in stature or in terms of experience. More so, Taliban are clearly split between those who wish to pursue dialogue with Kabul for a settlement and those who aspire to continue to push with violent means to achieve their goal of retaking Kabul. Consequently, clashes between these rival groups in Afghan Taliban are likely to increase in intensity.

Negotiations between various representatives of Afghan Taliban and Kabul (and the US in some cases) were organised in different international locations – including in Qatar, Germany and China. The latest round – that was seen as more representative of Afghan Taliban leadership – took place in the Pakistani city of Murree in July, 2015. Observers from the US and China were also present at the meeting while Pakistani defense officials moderated the event. Even a supportive Eid message purportedly from Mullah Omar came soon after the said meeting. In this scenario, the breaking BBC story maintaining that according to Afghan intelligence sources (and later verified by the US sources) Mullah Omar died in a Karachi hospital in 2013, came as a blow to the dialogue. It is indeed surprising how such an important development remained a secret for over two years. Even Mullah Omar’s immediate family was unaware of this. The second round of the Murree talks have been indefinitely postponed.

The new leader Mullah Mansoor in a message to his comrades has vowed to continue the militant struggle. He couldn’t afford to sound a conciliatory message to Kabul under the circumstances as, after all, he is attempting to take charge of a militant movement. This stance however has made the prospect of any meaningful negotiations more complicated and very difficult. Disgruntled Afghan Taliban leaders can move towards an alliance with ISIS in such circumstances. Early signs of such a shift are already visible. Afghan Taliban can also start splitting on tribal lines similar to what happened to Pakistani Taliban after the elimination of Baitullah Mehsud and Hakimullah Mehsud. Lastly, Taliban are not a spent force by any stretch and Kabul needs all the support it can get to defeat this menace.

An Extract from The Taliban Revival by Hassan Abbas

The Afghan Taliban is not a monolithic group, but the peaceniks amongst its cadres are still weak and unorganized. Their most serious challenge is the rise of Islamic State in Iraq and Syria (ISIS) and its reported inroads into South Asia. Pakistani intelligence sources claimed to have intercepted messages from ISIS leaders to the Afghan Taliban in January 2015 demanding evidence that Mullah Omar was alive, and if no evidence was forthcoming, a declaration of the Taliban’s allegiance to ISIS. A later communication extended the 15 January deadline for one month. Mullah Omar’s officially sanctioned biography, a 5,400-word propagandistic document published online in several languages by the Afghan Taliban in April 2015, could well have been a direct response to ISIS. Its overriding purpose was to claim that Mullah Omar was not only alive and well, but also directly managing the insurgency. A few words on a website, however, are proof of neither. In all likelihood this piece was meant to distract and pacify the disgruntled elements within the Afghan Taliban who are drifting towards ISIS. The lethal ISIS worldview is filling the void created by the dilution of the Al-Qaeda narrative in Afghanistan. And it seems that Afghan criminal networks will not wait for too long to jump on the ISIS bandwagon.

Hassan Abbas is professor and chair of the department of regional and analytical studies at National Defense University’s College of International Security Affairs in Washington, D.C. and author of The Taliban Revival: Violence and Extremism on the Pakistan-Afghanistan Frontier. 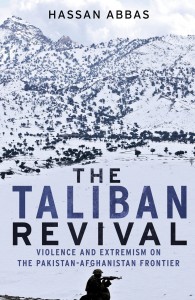 The Banality of Evil: Hannah Arendt

How could humans have committed all those atrocities that characterised the Holocaust? Were they all monsters and sadists,…