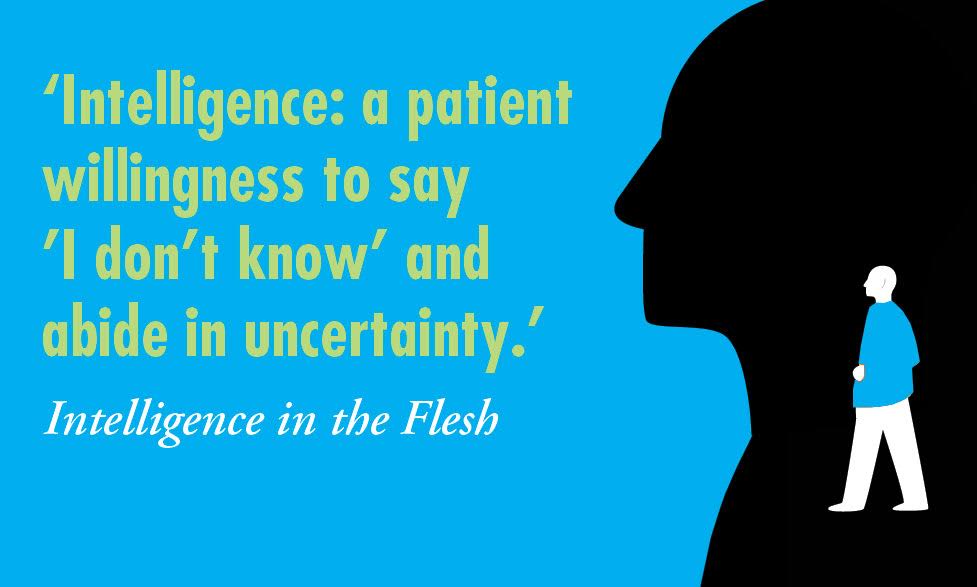 Intelligence in the Flesh is the provocative new publication from Guy Claxton. The book draws on the latest findings from the worlds of neuroscience and psychology to upend the prevailing view of consciousness and demonstrate how our bodies – long dismissed as mere conveyances – actually constitute the core of our intelligent life.

In this fascinating interview, Guy Claxton explores key aspects of the book – including his take on ‘mindfulness’ and ‘new materialism’ – and explains how its core message might best benefit readers and society in general.

YUP: ‘Mindfulness’, originally an ancient technique, is now increasingly popular. How does mindfulness differ from what you’re explaining in this book?

GC: Mindfulness means many things! The sense in which I’m using it in this book is quite close to one of the original key meanings in Buddhism – but couched in terms of a bit of cognitive science. Mindfulness meditation involves trying to watch the ebb and flow of your experience with a more dispassionate, but more meticulous, eye than normal. As you learn to do this, so you begin to be able to see it more ‘cleanly’, so to speak, before all kinds of habitual approximations and beliefs have got stirred into it. And this makes you able, bit by bit, to call into question some of those assumptions – like ‘I’m a bad person’ or ‘you should be ashamed of that’ – and ‘taste’ your own experience before it has been contaminated. When you do that it is often funnier and less worrisome than you thought. And you become more aware of the origins of those assumptions in the visceral value system of your own body. You really feel your feelings.

YUP: Who would you most like to read this book? For instance, are there 3 key people, perhaps in positions of power, who would be top of your readers list?

GC: That’s an interesting one. I’d like the people in charge of the Health Service – politicians and the heads of the Royal Societies of Medicine – to read it and have a deeper understanding of the interwoven-ness of body and mind. And my GP.  I’d like business people to read it and get a clearer idea of the value and limitations of the role intuition plays in important decision-making. I think dancers and other performance artists would resonate with a lot of the book from their own experience. And I’d like to think that the book could provide some common ground between scientists and physicians on the one hand, and ‘new agey’ people who are intuitively drawn to more holistic ways of understanding ourselves, on the other hand. I hope the book might be a slight comfort and a substantial challenge to the latter!

YUP: You discuss a ‘New Materialism … one which is not about shopping and conspicuous consumption, but about the pleasures of making and moving, from quilting to skateboarding’. What might this mean for the way that education engages young people?

GC: This issue is very dear to my heart – as I have spent a lot of my working life in education. I am much persuaded by writers like Richard Sennett and Matthew Crawford that the association of ‘intelligence’ with cerebral rather than physical accomplishments has done much harm to the happiness and fulfilment of vast numbers of young people, who were led to believe that, because they weren’t intellectual they weren’t bright. If I ran education, everyone would have to make beautiful and useful objects, and learn basic car mechanics, as well as solve equations and write essays.

YUP: You conclude the book hoping for ‘a kind of intelligence that has more to do with practical wisdom than with intellectual cleverness’. Is there any particular aspect of contemporary life that you think would benefit from this advice?

GC: Practical common sense and physical expertise are at least as subtle, sophisticated and valuable as erudite and logical reasoning. As far as I know, professors of philosophy are no better at dealing with their teenagers and sorting out marital disputes than the rest of us – and quite possibly worse. Life is not about writing convincing position papers: scholarship is a specialised craft, just like needlepoint or patisserie. Cleverness that is not grounded in the values and memories of the body can be quite inhuman. I think the law, for example, tends to become an ass when it loses touch with a more embodied centre of judgement.

YUP: You mention that this is the third book in a trilogy, the first being ‘Hare Brain, Tortoise Mind: Why Intelligence Increases When You Think Less’ followed by ‘The Wayward Mind: An Intimate History of the Unconscious’. What do you foresee being the direction of your next book?

GC: Ah, like Douglas Adams’ fourth volume of the Hitchhiker’s Guide trilogy… I’d like perhaps to burrow more into traditional and ‘alternative’ systems of thought and see if the framework I’ve developed in Intelligence in the Flesh can help sort out what is deep, demonstrable, systemic truth about the mind-body and what is mumbo-jumbo.  I think that would be useful…but when I’ll get around to it, that’s an open question for the moment!

Guy Claxton is Emeritus Professor of the Learning Sciences at the University of Winchester. His many publications include Hare Brain, Tortoise Mind: Why Intelligence Increases When You Think Less. He lives in the UK.

Intelligence in the Flesh: Why Your Mind Needs Your Body Much More Than it Thinks by Guy Claxton is available from Yale University Press. 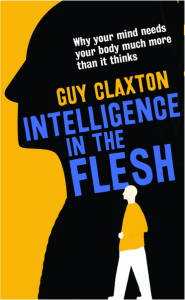 Gardens and Gardening by Jill Francis

The extravagant gardens of the sixteenth- and seventeenth-century British aristocracy are well-documented and celebrated, but the more modest…