Bastille Day, commemorating the beginning of the French Revolution and the Storming of the Bastille on 14 July 1789, is an important date for French national identity and the focus of countless festivities that take place across the country every year. It’s a day for taking pride in a hard-won republic, but also a time to reflect on the cost of defending its guiding principles of liberté, égalité and fraternité in the modern era.

For 2015’s Bastille Day, Philip Nord, author of France 1940: Defending the Republic looks back to one of the France’s most devastating moments during the Second World War and analyses why the events of May-June 1940 unfolded as they did.

It’s Bastille Day and a fitting moment to reflect on France’s past, on moments of national accomplishment, but also on moments of setback. In May-June 1940, France suffered a catastrophic military defeat at the hands of Hitler’s armies. It had not been anticipated that France would lose, let alone that the rout would take less than six weeks. How it all came about has been the subject of debate ever since.

For many, the defeat was a judgment on the nation as a whole, which, after the bloodletting of the Great War, had grown cautious and weary, ‘decadent’ in the language of the era. Left-wing critics saw a France mired in individualism and bourgeois graspingness. Right-wing critics bemoaned a nation that had lost touch with basic moral values of faith and fatherland. Little wonder that a nation so hobbled met the unhappy fate that it did.

A closer look at the evidence reveals a different story. From the mid-thirties on, French policy-makers began to take measure of the danger that Nazi Germany posed. They took the lead in building an anti-Hitler coalition, wooing a reluctant Britain to make a continental commitment and wooing a still neutralist United States to provide weapons and material support. At the same time, France ramped up its own armaments production. Britain was later getting started, but it too joined in, and the two powers together, France and Britain, had the arms and men to match Hitler at the time of the war’s outbreak.

France’s plan of battle was to absorb Hitler’s initial assault and then, exploiting the superior productive capacities of the democracies, to construct a war machine that would in due course go over to the offensive, grinding down the enemy with overwhelming resources. The strategy led to a missed opportunity in 1939 when the Germans attacked Poland and were for the moment vulnerable to a concerted offensive from the West, an opportunity the French, still thinking in defensive terms, failed to seize. Nonetheless, the strategy turned out to be the one that won the war in the end. It was the Soviets, though, and not the French, who wound up absorbing Hitler’s heaviest blows, before turning to offensive operations. They were backed by the awesome productive power of the US economy, the Allies then pounding Germany into submission.

So, if the strategy was such a good one, why didn’t it work for France? First of all, because Hitler struck the French where they least expected, through the supposedly impassible Ardennes Forest, and once the Germans had broken through, the commander on the scene, General Heinz Guderian, disobeyed orders to halt his advance, racing instead toward the sea and encircling French and British units in the so-called Dunkirk pocket. Second, because France’s military brass blundered time and again. The commander-in-chief, Maurice Gamelin, altered battle plans at the last minute, moving crucial reserves out of the very sector where the German assault occurred. Generals on the front lines did not heed aerial intelligence, revealing the movement of Panzer divisions through the Ardennes, and then they failed to organize an effective counter-offensive.

France’s defeat in 1940 was not a consequence of flagging national will but the result of military errors on the part of the French command. And what happened to France in 1940 was what happened to every power that went up against Germany in the first years of the war, until Hitler’s armies ground to a stop outside Moscow in late 1941. France’s defeat was not so ‘strange’ as it is sometimes depicted.

What was strange was what happened next. In mid-June 1940, Marshal Philippe Pétain became the French Republic’s prime minister, and one month later, parliament voted him full powers to rewrite the nation’s constitution. The Marshal then steered France in an authoritarian direction, proclaiming a National Revolution and trying to find a place for France in Hitler’s European Order.

How is the implosion of the Republic to be accounted for? France’s prime minister in 1940, Paul Reynaud, bears a portion of the responsibility. He rejiggered his cabinet more than once, bringing in men – non-politicians in the main – who were capable and dynamic, Pétain among them. They were also not loyal to democratic principles, and once in government, they harried and arm-twisted Reynaud into making peace with the Germans. He wouldn’t do it, but he did stop fighting back, turning power over to Pétain in mid-June. Pétain then got help from an intriguer extraordinaire, Pierre Laval. The two men together used every means, fair and foul, to silence, arrest, and frighten opponents. It was in this context that parliament decide to step aside and allow prime minister Pétain to become in effect dictator of France. The spectacle was a disheartening one, a testimony in part to the weakness of the nation’s elected representatives in the face of an overweening executive, but above all to the power-grasping ambitions of the members of that executive, soldiers and civil servants who betrayed the institutions they were supposed to protect.

The disasters of 1940 were not the result of a nation grown decadent. It was the army command which was responsible for the battlefield defeat and anti-democratic elites, dead-set on national regeneration through authoritarian means, which bore heaviest responsibility for the sabotage of France’s democratic institutions.

Philip Nord is Rosengarten Professor of Modern and Contemporary History, Department of History, Princeton University and author of France 1940: Defending the Republic. 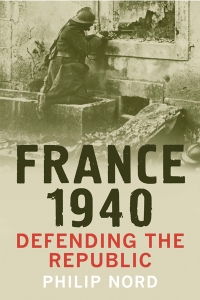 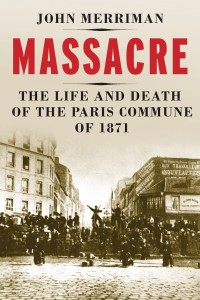 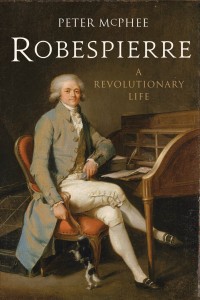 In light of yesterday’s magnificent lunar eclipse, we take a look at two celestial-related books from Yale University…