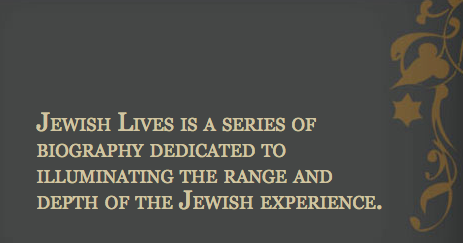 Yale are very proud to publish the Jewish Lives series, a collection of biographies that focus on prominent and influential figures in the worlds of art, entertainment, literature, philosophy and science, from ancient history to the present day. The series was recently commended at the 2014 National Jewish Book Awards and has consistently received glowing praise from critics since the first publication in 2010.

The series editors describe the goal of the series as being: ‘to offer readers books both lucid and authoritative, more than mere introductions but less than definitive, full and original essay-like volumes that open up many more questions than they answer but that try to answer some tough, otherwise resilient ones. Biographies, when done well, ought to penetrate hearts as well as minds, ought to agitate more than they comfort, they ought to keep us awake because of all the questions they open up, and deepen, but rarely, if ever, explain away if only what they try to explain is the infinite complexity of how a life is lived.’

We have brought together some new and recent ‘Jewish Lives’ that celebrate this endeavour.

Einstein: His Space and Times by Steven Gimbel

In the year of the 100th anniversary of his General Theory of Relativity being published Albert Einstein is the focus of a fascinating new biography by Steven Gimbel, which presents the great man of science as a politically engaged individual of his times, demonstrating how his theories and scientific innovations emerged as a direct result of his life, his principles and the volatile times in which he lived.

‘The time is now ripe for a short book, summarizing briefly the well-known facts about Einstein’s rocky road as a husband and father and scientist, and emphasizing his lasting importance as a politician and a philosopher. This book is accurate and well balanced. It presents Einstein’s Jewish heritage as he saw it himself, not as the core of his being, but as a historical accident bringing inescapable responsibilities. The reasons for reading this book are also simple … There are a few scientists whose lives and thoughts are of perennial interest, because they permanently changed our way of thinking. To the few belong Galileo and Newton and Darwin, and now Einstein.’ – Freeman Dyson, New York Review of Books 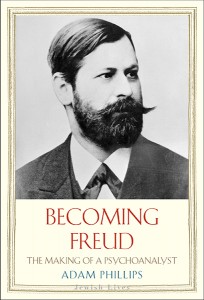 Becoming Freud: The Making of a Psychoanalyst by Adam Phillips

Freud invented a psychological treatment that involved the telling and revising of life stories, but he was himself skeptical of the writing of such stories. In this biography, Adam Phillips, whom the New Yorker calls ‘Britain’s foremost psychoanalytical writer’, emphasises the largely and inevitably undocumented story of Freud’s earliest years as the oldest-and favoured-son of Jewish immigrants from Eastern Europe and suggests that the psychoanalysis Freud invented was, among many other things, a psychology of the immigrant – increasingly, of course, everybody’s status in the modern world.

‘Succeeds superbly in delineating the culture and thought processes that lay behind [Freud’s] work.’ – Ian Critchley, The Sunday Times

Watch a video with Adam Phillips, on writing Becoming Freud. 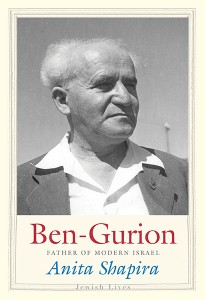 In this new biography of David Ben-Gurion, the founder of modern Israel, Israeli historian Anita Shapira offers powerful insights into the private persona of one of the twentieth century’s most influential historical figures, revealing the flesh-and-blood man behind the icon who brought the Zionist dream to full fruition.

‘This is an interesting addition to Yale’s Jewish Lives series – and Shapira rightly characterises the enigmatic Ben-Gurion as both a revolutionary Jacobin and ‘the helmsman of the state’.’  – Colin Schindler, Jewish Chronicle 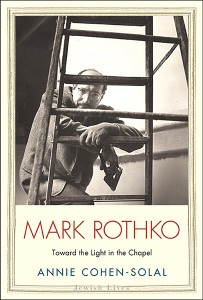 Mark Rothko: Toward the Light in the Chapel by Annie Cohen-Solal

Rothko still hits the headlines today when his iconic abstract colour-field paintings sell for record-breaking prices at auction. Bestselling author Annie Cohen-Solal explores the life and work of the artist who became one of the most influential American painters of the twentieth century, offering an exceptionally detailed portrait of a visionary painter, scholar, educator, intellectual and deeply spiritual man.

‘In this moving and readable biography, Cohen-Solal tells the story of Rothko’s life through the prism of his Jewishness.’ – Marcus Field, Independent 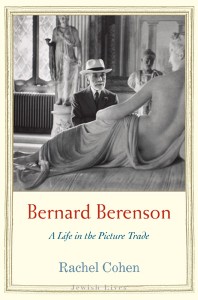 Bernard Berenson: A Life in the Picture Trade by Rachel Cohen

Who would have predicted that Bernard Berenson, from a poor Lithuanian Jewish immigrant family, would rise above poverty and become one of the most important art pioneers of the twentieth century? This brilliant new biography of the leading art connoisseur of the Gilded Age explores his massive accomplishments, his painful disappointments, the historical forces that affected his life, and the women who were central to his achievements.

‘This book proves to be a remarkably balanced treatment of a profoundly complicated and compelling life.’ – Robert Simon, Burlington Magazine 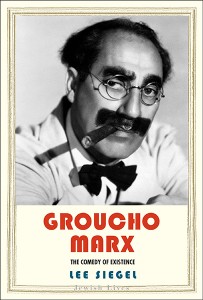 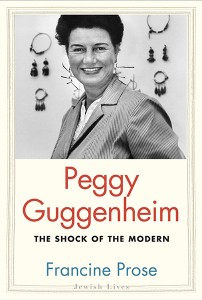 You may also like to view our latest Jewish Lives catalogue below.

As social media platforms such as Facebook and Instagram become ubiquitous in our daily lives, you could be…