‘Like the ancient Greek philosopher Plato, he is searching for the real forms that we usually see only as shadows on a cave wall. He is after a truth deeper than the passing moment.’ – Jonathan Jones, Guardian

Alex Katz is a celebrated American artist who emerged during the 1950s as a figurative painter, at a time when abstraction dominated the art world. Whilst Katz’s work favours a more representational style than other major post-war American artists such as Mark Rothko and Jackson Pollock, his work has a similar energy and formal logic to that of the Abstract Expressionists. Katz has described the goal of his art as the pursuit of capturing ‘quick things passing’, and right from their very first appearance his works have demonstrated an instantly recognisable style, characterised by flattened planes of shallow colour and space, executed in reductive but acutely descriptive lines. 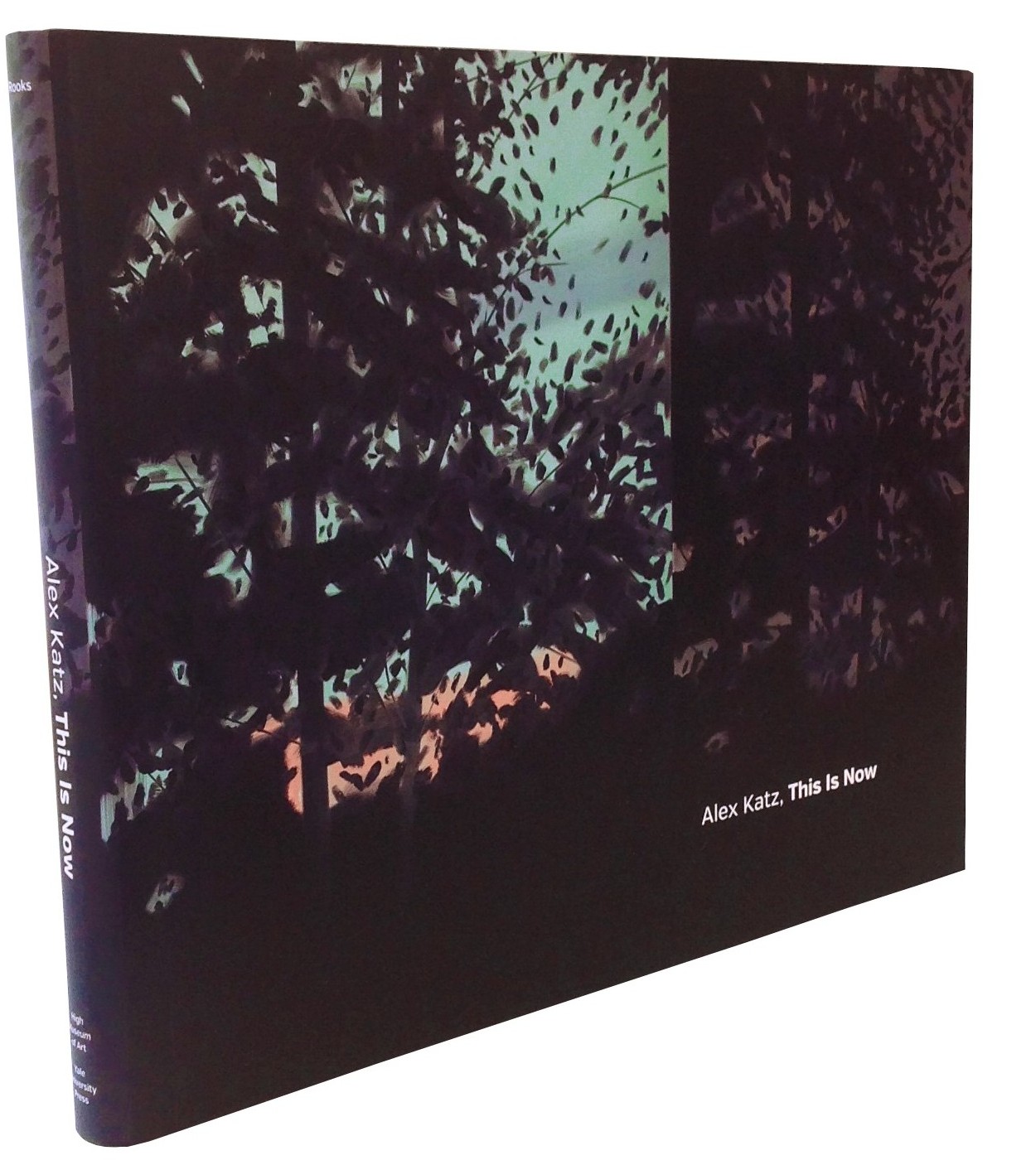 Although Katz is predominantly known for his portraits, a new exhibition at the High Museum of Art Atlanta examines the use of landscape throughout the artist’s seven-decade career. The show provides a fresh and insightful look at Katz’s work focusing on the enduring themes of nature, perception and time. It has been described as the most extensive look at Katz’s treatment of landscape in nearly twenty years.

Take a look inside Alex Katz, This is Now:

The catalogue to the show includes essays by curator Michael Rooks, art critic Margaret Graham and David Salle – an artist whose own work is influenced by Katz – as well as poems by John Godfrey and the artist’s son, Vincent Katz. Featuring 100 illustrations, the catalogue includes pieces from the 1950s up to the present day and is an excellent companion to the exhibition, as well as a stand-alone study that will be coveted by collectors and fans of Katz’s work.

The catalogue Alex Katz, This is Now is available to buy outside the exhibition venue from Yale University Press.

Happy Year to all our readers! We are continuing our bookshop tour in 2020 starting with the vibrant…