This year marks the bicentenary of the Battle of Waterloo – Waterloo200 – a great turning point in British history that helped to establish Britain’s position as a world power and to determine a new future for the region in Europe. Events planned to commemorate the anniversary will be opulent, sparing no expense, including a full re-enactment of the battle on its original site using 100 canons, 300 horses and 5,000 re-enactors.

The Wellington biography for our time. BBC History Magazine

In the second and concluding volume of Rory Muir‘s Wellington, the author addresses the triumph of Waterloo and the momentous victory over Napoleon – the defining moment of Wellington’s military career – before examining his further political achievements in cabinet and as Prime Minister.

To coincide with the bicentenary commemorations and the completion of this monumental 2-volume biography, Rory Muir explores events as they unfolded during the course of 1815, in an exclusive Waterloo200 timeline.

Wellington and Waterloo by Rory Muir

In the summer of 1814 Europe was at peace for the first time in a generation. A few months before, Napoleon had been forced to abdicate and sent into exile as the sovereign of the tiny Mediterranean island of Elba. Armies across the Continent were being demobilized, and civilians were struggling to recover from the devastation of war that had swept from Cadiz to Moscow. The peace was celebrated with particular delight in Britain, Napoleon’s most steadfast and determined enemy, whose position in the world had been greatly enhanced by the triumphs of her navy and – more unexpectedly – the role her army, under the Duke of Wellington, had played in bleeding France dry on the battlefields of Portugal and Spain. Together with Russia, Austria and Prussia, Britain took the lead in determining the shape of postwar Europe in peace negotiations, first in Paris and later at the Congress of Vienna.

It was at Vienna, in early March 1815, that Wellington and the other allied statesmen, learnt that Napoleon had sailed from Elba with the few troops he had been allowed to retain, although it was not clear whether he was headed for France or Italy. The allies promptly issued a declaration declaring Napoleon an outlaw and expressing their determination to support the governments in France and Italy against him, and not to accept his return to power. However by the time this declaration reached London, the French government had already fled, having found that its troops would not oppose their former Emperor. In the British parliament Whigs and radicals opposed any renewal of the war, arguing that the French people had every right to choose Napoleon or anyone else to head their government and that Britain should not interfere. Wellington’s approval of the allied declaration was vehemently attacked and it was interpreted – far from accurately – as encouraging Napoleon’s assassination. Yet the government, and public opinion in general, had no doubt that the return of Napoleon would inevitably lead to a renewal of the war, and hastily began collecting forces to take the field in support of Britain’s allies.

Wellington arrived in Brussels on 4 April 1815 and took command of a multi-national force of British, German, Dutch and Belgian troops who were facing the French in central and western Belgium. Further east a Prussian army under General Blücher was also being established, while Austrian, Russian and German forces were gathering on the Rhine. As soon as the allied forces were ready, around the beginning of July, they would advance into France and overthrow Napoleon. However Napoleon struck first. He had been furiously rebuilding his army ever since he arrived in Paris, while hoping to divide the allies and postpone any conflict by a series of diplomatic overtures. By the middle of June he had collected an army of 120,000 men: slightly larger than either Wellington or Blücher had in hand, but much less than their combined forces. His plan was to strike hard and fast at the point where the two allied armies met, hoping to drive them apart and defeat them individually. It very nearly succeeded. Wellington was a little slow to react to the initial French advance, while the Prussians failed to collect all their forces.

Nonetheless they gave battle at Ligny on the second day of the campaign, 16 June 1815, and were defeated although not crippled. Part of Wellington’s army had also been engaged that day at Quatre Bras a few miles to the west and had succeeded in holding its ground and preventing the French from turning the Prussian flank. Blücher’s defeat meant that the allies had to retreat, but crucially they both headed north rather than taking diverging paths, although Napoleon did not realize this in the confusion of the battle and the gathering dark.

Two days later, on 18 June, the allies gave battle again. This time Wellington’s men bore the brunt of the action, holding a position just south of the village of Mont St Jean, while the Prussians advanced from the east and attacked the French in the flank. Waterloo was a brutal slogging match in which all sides fought with great courage and determination, so that some 50,000 men and 10,000 horses were killed or wounded on a single afternoon in a few square miles of Belgian countryside. Wellington led his men with great coolness and courage, constantly moving amongst them, often under the hottest fire, with his personal staff and senior officers suffering heavy casualties. At the end of the day, sensing that the French army was exhausted, he ordered a general advance which, with the Prussian advance on their flank, broke the French will to fight and led them to flee in great disorder. It was the most important victory of his career, but he felt no elation, writing to the brother of one of his favourite ADCs who had been killed, ‘I cannot express to you the regret and sorrow with which I look around me, and contemplate the loss which I have sustained, particularly in your brother. The glory resulting from such actions, so dearly bought, is no consolation to me, and I cannot suggest it as any to you and his friends.’

Waterloo was Wellington’s last battle: French resistance collapsed and within a few days Napoleon had abdicated and was soon sent into carefully guarded exile on the remote Atlantic island of St Helena. The Allies occupied France for the next three and a half years, although Wellington used all his influence and power to ensure that peace imposed on France was moderate, and that the occupation (which he commanded) was neither punitive nor unnecessarily irksome. He was firmly committed, just as he had been in Vienna, to working closely with all the other powers of Europe to resolve international disputes peacefully and to replace aggressive competition with co-operation and mutual respect. At the end of 1818, when the Army of Occupation went home, he joined the British cabinet and was a major figure in British politics for the next thirty years, taking a particular interest not just in military questions but also in foreign affairs. This later career has been much misunderstood, partly because it seems less exciting than his military victories, and partly because his type of conservatism was scorned by later generations who did not trouble to examine it in any detail. But whatever the arguments about Wellington as a politician, the last word belongs to his friend Harriet Arbuthnot who noted, almost a decade after Waterloo, that ‘though war is his trade, he is always the advocate for peace.’

An accompanying commentary by Rory Muir is free to download from www.lifeofwellington.co.uk 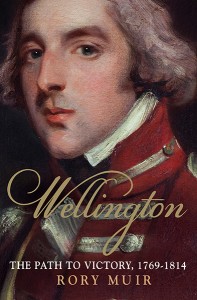 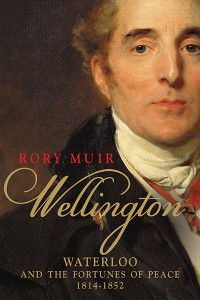 Foyles, Bristol: Bookshop of the Month

The Bristol branch of Foyles is first up in our bookshop of the month selections for 2015. Throughout…