‘The counties of England implicitly argue in their architecture that our ancestors knew what they were about and that their wisdom is worth preserving. No county makes the argument more convincingly than Suffolk’ – Christopher Howse

While working on two new revised Pevsner volumes for Suffolk, author James Bettley discovered that in 1974 the Aldeburgh Bookshop (an independent general bookshop – now the hub of a thriving literary festival) organised a ‘petition to reprint’ which they sent to the then Pevsner publisher Penguin. Bettley rediscovered the pages of signatures when he was investigating the Suffolk research materials lodged in the Pevsner archive at Historic England.

We asked James Bettley to reflect on the petition, its surprising signatories and its link to the 1974 edition of Pevsner’s Suffolk.

In November 1974, a letter arrived at the offices of Penguin Books in Harmondsworth from Christopher Cowan, one of the directors of the Aldeburgh Bookshop in Suffolk. ‘In her enthusiasm,’ he wrote, ‘my wife started the enclosed “petition” to reprint Buildings of England: Suffolk, and I now send it to you with 111 names, to which could be added hers and mine. I don’t suppose it will make any difference to Pevsner’s programme which no doubt dictates your publishing one. Nevertheless you may be able to use it.’ The 111 names included some which have now become famous, including the future comedian Griff Rhys Jones and his friend Jon Canter, comedy writer and novelist (then both undergraduates at Cambridge), and architectural historian Alan Powers.

The petition found its way to Judy Nairn, an editor for the Buildings of England series, who asked Pevsner how he wanted to respond to the ‘rather touching’ letter. What Cowan and his fellow supplicants did not realise was that preparation for the second edition of Suffolk, first published in 1961, was already well advanced. It is actually dated 1974, although it did not appear until the following year; Nairn noted that the second edition was ‘provisionally down for February’.

Pevsner wrote back to Cowan on 21 November:

Your petition is very touching but fortunately things have moved far enough for no petition to be operative in speeding things up. We have been very unlucky over the revised edition of Suffolk… Now, however, the volume is going through the mill and our provisional publication date is February.

I can assure you that I find it as much of a nuisance as you and your friends not to have an up to date Suffolk volume.

Pevsner seems to have liked Aldeburgh, although he did not find it quite so charming as its near-neighbour, Southwold: along the front, ‘it is hard to single out individual houses, for none are very distinguished; but in the sum total they make a pretty picture and seem really unselfconscious’ – that last word being a typically Pevsnerian term of approval. 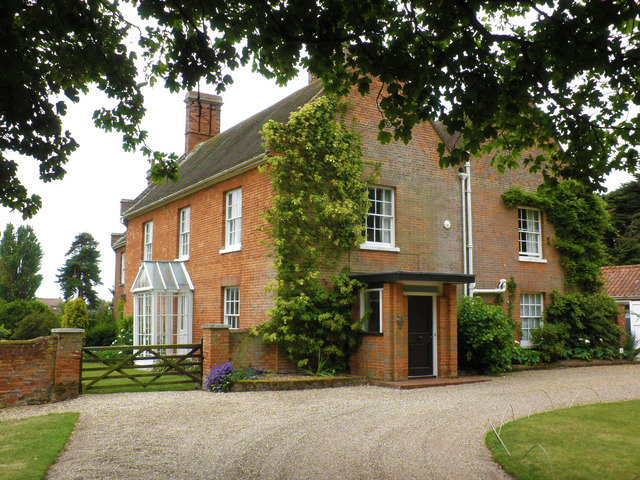 The entry for Aldeburgh was little changed between the first and second editions. The papers deposited in the series archives at Historic England, Swindon (where the petition is to be found) throw a little light on his working methods. When he returned to London after visiting Suffolk in August 1957 he wrote to the manager of the White Lion Hotel asking for help in finding out the date of the ‘yellow and red brick terrace of houses next to your hotel’ (perhaps he and his wife had stayed there?). The reply came from the town clerk who was, however, unable to help (in the book the terrace is described as ‘drab… rather in the style of the Peto efforts at Lowestoft’).

Of greater interest is the letter he received from the painter Mary Potter. He had written to the owner of Crag House asking for information about it. Just at this time Potter had been in the process of exchanging The Red House, where she lived, with Benjamin Britten and Peter Pears, who had lived in Crag House, right on the seafront, since 1947, and were finding it too public as Britten’s fame grew. Mary Potter’s letter is written on headed paper, with ‘The Red House’ changed by hand to ‘Crag House’. She told Pevsner that the house was completed in 1915 (the date is on a rainwater head) but she could not tell him the name of the architect, now known to be J. S. Lee, who built a number of houses in Aldeburgh for Lady Latymer. The Red House, a little way inland, suited Britten and Pears well, and they stayed there until their deaths in 1976 and 1986 respectively. Mary Potter, however, does not seem to have taken to Crag House, for in 1961–3 a new house and studio was built for her in the grounds of The Red House, known as Red Studio, designed by Peter Collymore.

Pevsner recognised the significance of Crag House and its neighbours, without being able to give much more information about them than the date of their construction. The new edition of Suffolk is able to fill the gaps, and also to give greater prominence to the buildings associated with Britten, Pears, and the Aldeburgh Festival, which have had such an impact on the town. 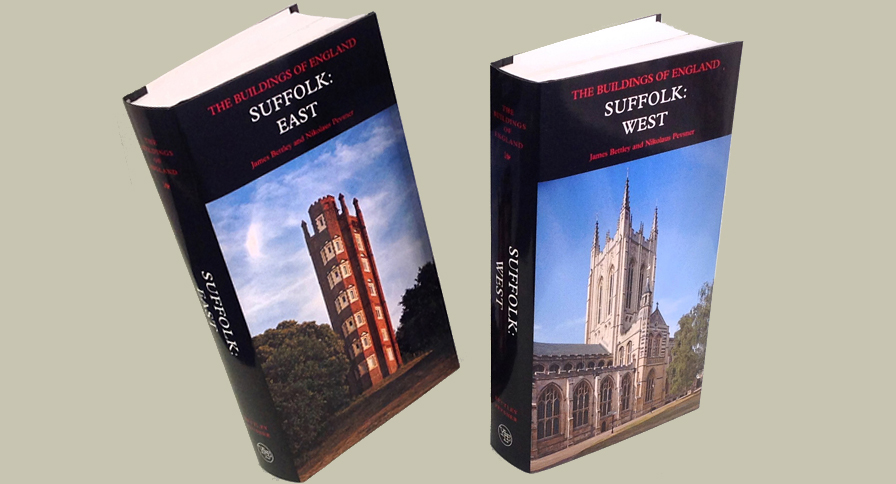 For more on Pevsner’s Buildings of England series click here

Bookshop of the Month: The National Gallery Bookshop

After a sojourn in the north, Yale’s Bookshop of the Month returns to London for October, with the National Gallery…