Nineteenth-century Britain produced some of the most notable and innovative landscape painters of all time and saw the emergence of mega-artists like J. M. W. Turner and John Constable, artists whose work is as popular now as it ever was. Samuel Palmer is rightly grouped amongst these much-celebrated artists, with his paintings bringing an unprecedented spiritual dimension and intensity to the genre. Samuel Palmer met William Blake in 1824, and the poet became his mentor and an influence on his work, as he developed an increasingly bold and fervent style.

Palmer is the focus of a new monograph by pre-eminent scholar William Vaughan, who organised the 2005 retrospective on the artist hosted by both The British Museum and The Metropolitan Museum of Art in New York. Samuel Palmer: Shadows on the Wall builds upon this important exhibition and provides a comprehensive and fresh take on the artist who many now hail as a precursor of modernism in the twentieth century. Vaughan places Palmer’s art within the context of his times and draws on unpublished material that together, change our understanding of the artist.

Explore Samuel Palmer: Shadows on the Wall with a look at some magnificent spreads:

Samuel Palmer: Shadows on the Wall by William Vaughan is available from Yale University Press. 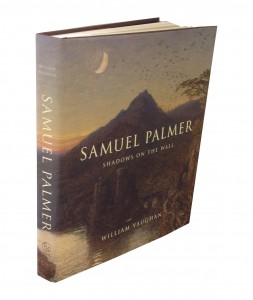 Anyone who has watched one or two documentaries about coral reefs will have heard about cleaning stations.  A…