The Great Financial Crisis of 2008 had large social and economic repercussions that left many asking why such a devastating event was not predicted. That very question is the focal point of Hubris by the internationally renowned economist, Meghnad Desai. Desai attempts to provide a definitive answer by investigating the evolution of economics – mapping its trajectory against the occurrence of major political events – and in so doing makes his case for how to avoid another catastrophe like the one we saw in 2008.

In a review of Hubris writer and economic commentator Lyric Hughes Hale, editor-in-chief of EconVue, explores the background and consequences of the financial crisis and contextualises Desai’s position within the larger debate surrounding this major global event. 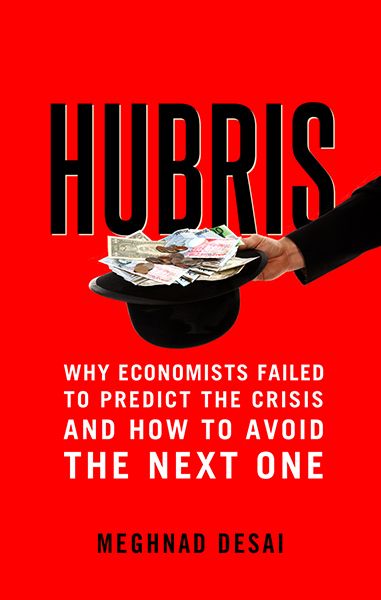 The Dismal Science of Common Sense

Almost all of the economists I know would rather parse the past than forecast the future. In fact, many of the finest will say when pressed that they are simply not able to accurately predict the future. Yet we feel if someone has a superior understanding of previous events, this should give them insight that will enable them to divine patterns. There is some sort of repetition that can be expected. We call these events economic cycles, and fully expect periods of boom and bust, prosperity and poverty. So why was the economics profession caught unaware of the financial crisis of 2008?

Meghnad Desai, the author of Hubris (Yale University Press) recounts the story of Queen Elizabeth asking this same question at his institution, the London School of Economics, in November of 2008: “Why did nobody notice it?” The dons of the LSE convened a conference to answer her question, but basically the answer came down to what political scientist Merle Kling of Washington University called the “3 Laws of Social Science”:

Even if true, their response was not reassuring.

In 2007 economist Thomas Sargent gave a famous 297-word graduation speech at the University of California at Berkeley in which he explained the 12 key concepts of economics, the science of “common sense”. Two of these rules apply directly to the problem of predicting the economic future, and support Merle King’s laws. The 3rd concept on Sargent’s list is that other people have more information about themselves than you do, and the 12th is that market prices, interest rates, and exchange rates cannot be predicted, because they represent an aggregation of information from various sources by traders in these markets. In other words, the financial ecosystem is just too big to get your arms around for anyone, including economists. As Vice President Cheney said at the time, in response to a reporter’s question as to why he didn’t foresee the 2008 downfall, “I suppose because nobody anywhere was smart enough to figure that out.”

Hubris takes the long view of economic history, and is a wonderful introduction to the discipline. Desai takes his readers on a tour of the key figures in the intellectual history of economics, and argues that the profession has been overtaken by numbers crunchers whose models are suspect. He states the 2008 bust could have been predicted if one paid more attention to classical economists such as Hayek, and less attention to the quantitative economists now dominating the field. “The recession was caused by overspending by governments and households thanks to cheap credit fueled by the global imbalances.” (p. 229)

Even so, there can be conceptual differences based on classical economics. I don’t agree that the crisis was caused by global imbalances, a theory which blames Chinese savers for creating pools of irresistible capital for American consumers. Here, the middlemen who monetized this dynamic are at fault. Bankers, particularly big bankers with international networks, leveraged global savings pools. Their excesses went undetected by regulators and then were supported during crisis by governments because they were “too big to fail”. Their ultimately disastrous transactions relied on financial innovations that sped ahead of regulators’ ability to understand them and their unintended consequences.

The danger now is that no lessons have been learnt, and a dismal economic history will repeat itself. In fact, this scenario is even more likely than before, given the moral hazard created by the rescues of big banks worldwide. Camden Fine is the president of the Independent Community Bankers of America, and worries that the principles of a free market do not apply to big banks:

In a recent message to shareholders, JP Morgan Chase chief executive and chairman Jamie Dimon wrote that many large banks had ‘no problem’ navigating the crisis, whereas many smaller banks failed because of it…with the baseball season underway, I get the feeling Jamie Dimon woke up on third base and thought he hit a triple.

Ridiculing the smaller financial institutions that have to answer to the free market—that do not enjoy an absolute taxpayer backstop against failure—is beyond hubris. It shows a complete unwillingness to accept responsibility. It shows that Wall Street, infantilized by privilege, has learned nothing from what it wrought in those panic-stricken months in 2008 and 2009 and in the years of economic doldrums that have followed.

Should economists be blamed for not taking into account Sargent’s 1st concept, that many things that are desirable (like low-interest mortgages) are not necessarily feasible? Charles Ferguson, the director of Inside Job, discloses the close relationships between academic economists and financial institutions that he believes are at the heart of the problem. He feels that economists have in effect become cheerleaders for the big banks.

As Desai states in Hubris, indeed the whole point of his book is that ideas and independent thinking matter. But ideas, even when they are stripped of any semblance of vested interests, can be subject to confirmation bias. I believe he would agree with the views of a working paper produced by the Kiel Institute in February of 2009:

The implicit view behind standard models is that markets and economies are inherently stable and that they only temporarily get off track. The majority of economists thus failed to warn policy makers about the threating system crisis and ignored the work of those who did. Ironically, as the crisis has unfolded, economists have had no choice but to abandon their standard models and to produce hand-waving common-sense remedies. Common-sense advice, although useful, is a poor substitute for an underlying model that can provide much-needed guidance for developing policy and regulation. It is not enough to put the existing model to one side, observing that one needs, ‘exceptional measure for exceptional times.’ What we need are models capable of envisaging such ‘exceptional times’.

Hubris is a valuable contribution to this debate, especially Desai’s focus on cycles as a valid field of research, and a concomitant dedication to economic history. I don’t think that you will find a more readable and informed history of economics centered around a major global event, the Great Financial Crisis of 2008. Wicksellian booms and busts and Kondratieff cycles are all the more important to consider in a globalized economy. As China slows, for example, can we really predict how this might affect the rest of the world? The answers, Desai writes, can be deduced based upon the work of our economic forefathers—if only we can understand their contributions, have an open mind, and keep asking questions.

After what is described by the Kiel Institute as a “systemic failure of the economics profession” in 2008, with consequences that reached far beyond their discipline, some sort of soul searching and reexamination is in order. Perhaps what we really hope for is that economics remains the dismal science, in order to play a countervailing role in curbing market enthusiasms. 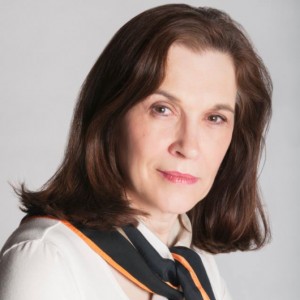 Lyric Hughes Hale is a writer and economic commentator. She is editor-in-chief of EconVue and author of What’s Next?: Unconventional Wisdom on the Future of the World Economy, published by Yale.

Featured image is courtesy of Stockmonkeys.com/Flickr

Author Article by Lyric Hale: Europe on the Brink — A New Transatlantic Balance