The Hungarian musician and composer Béla Bartók is the subject of a comprehensive new book by David Cooper, bringing audiences the most complete biography of Bartók ever produced in English. Bartók is regarded as one of Hungary’s greatest composers, a pioneer of ethnomusicology and is internationally recognised for his career as a composer, teacher and concert pianist. Cooper combines in-depth musical analysis with a thoroughly researched biographical narrative to explore the composer’s personal life, his cultural and political motivations and many of those influenced by his work.

In the following extract from the ‘Postlude’ to Béla Bartók, David Cooper examines some of the character attributes that made the composer such an intriguing individual.

‘In this weighty tome, David Cooper of Leeds University digs into Bartok’s life, interlacing his discussion of the compositions with wider discussions of politics and culture.’ – The Economist

What manner of person, then, was Bartók himself? For some he was, cold, remote, lacking emotional intelligence, mathematical, detached, unfriendly, pedantic, caustic and humourless; for others who managed to pierce his outer shell and come close to him he was warm, friendly, passionate, good humoured, caring and engaged. How could the same man elicit these entirely contradictory responses? There are some attributes that both his detractors and supporters generally appear to agree about: his honesty and integrity (sometimes taken to an extreme), fastidiousness, egalitarianism, industriousness and lack of motivation by material success. He could certainly be extremely direct, but he was canny enough to know when he should remain silent or when it was sensible to retreat. Indeed, the move to America was one such strategic withdrawal, when the odds were stacked against there being any benefit from remaining in Hungary and trying to work in defiance of the regime from within (or tacitly acquiescing with it). He, his family and his acquaintances would have certainly suffered if he had taken this approach, and he typically managed to find a subtle way of leaving his homeland without appearing to flee from it. One of the most interesting and persuasive descriptions of Bartók is provided by his long-time family doctor, Gyula Holló, who observed that:

“the finest qualities of the folk manifested themselves in the fashion in which he handled others. In the peasant attitude there always has been a certain elegance and this characterized Bartók on a higher artistic plane. He hated all things artificial. . . . He lived very simply and this wasn’t just a matter of principle with him. Nothing could hold his interest which had anything in the way of prestige value. He was utterly indifferent to material comforts. It was quite impossible to wrangle with him. He was patient and understanding. However, there was a great deal of distant reserve, and I can imagine that this often pained those who loved him. Despite his modesty and courtesy, he was completely aware of who he was. He hated to accept anything from anyone.”

On one hand his life’s work could appear almost superhuman: the compositional output alone would be deemed sufficient by many successful composers; but in addition, there are few ethnomusicologists who can claim to have collected, transcribed and classified such an enormous quantity of traditional music from so many different sources; and he maintained a very successful, if not outstanding, international circuit as a concert pianist until the final few years. And, of course, all of this activity was conducted in addition to the essential, if rather despised, day-to-day grind of teaching the piano for a large part of his career. Yet despite all of this success and achievement, Bartók was a down-to-earth, practical and highly self- reliant individual who, contrary to some readings of him, was interested in the mundane as well as the high flown (as his letters to family and close friends clearly demonstrate).

Béla Bartók by David Cooper is now available from Yale 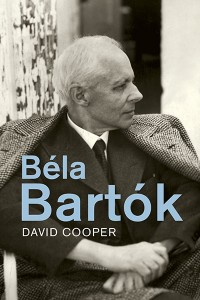 The Visual Activism of David King

Captivating design can be a powerful conduit for disseminating important messages to a wide audience, and in the…