‘There is more violence in an English hedgerow than in the meanest streets of a great city.’ – P. D. James

Hawthorns, a group of woody plants found both in the New and Old World, do not have commercial value for their wood, but nonetheless have been significant culturally, socially, medicinally and politically – as well as in religion, natural history and agriculture. Often viewed as a humble hedgerow plant, the hawthorn has had a surprisingly far-reaching impact on the course of human history. This lyrical account – in the grand tradition of nature writing – sees journalist and graphic artist Bill Vaughn unearth surprising facts about the hawthorn through history. A new book for spring that promises to inform and inspire!

Hawthorn: The Tree That Has Nourished, Healed, and Inspired Through the Ages by Bill Vaughn is available from Yale. 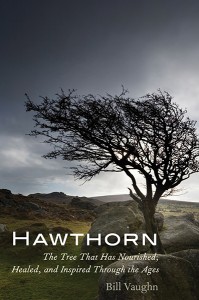 Were the ancient Olympic games anything like the competitions we know today? Neil Faulkner’s A Visitor’s Guide to the…