Alberto Manguel is a tour de force when it comes to reading, and in fact all things book related. Best described as ‘a reader’, Manguel has around 50 titles to his name, of which he has written, anthologised and edited. The colossal book collection that he personally owns is his inspiration. Manguel recently described his library as a ‘30,000-volume window on the world’ and has made this impressive collection a focal point in The Library at Night where he tackles the subject of libraries throughout history. The writer’s new book focuses on an impulse that has dominated human history for thousands of years – Curiosity. In this short extract from the book, Manguel contemplates three letters that invite an almost infinite possibility of responses …

From the Introduction in Curiosity

“Why?” (in its many variations) is a question far more important in its asking than in the expectation of an answer. The very fact of uttering it opens numberless possibilities, can do away with preconceptions, summons up endless fruitful doubts. It may bring, in its wake, a few tentative answers, but if the question is powerful enough, none of these answers will prove all-sufficient. “Why?,” as children intuit, is a question that implicitly places our goal always just beyond the horizon.

The visible representation of our curiosity—the question mark that stands at the end of a written interrogation in most Western languages, curled over itself against dogmatic pride—arrived late in our histories. In Europe, conventionalized punctuation was not established until the late Renaissance when, in 1566, the grandson of the great Venetian printer Aldo Manutius published his punctuation handbook for typesetters, the Interpungendi ratio. Among the signs devised to conclude a paragraph, the handbook included the medieval punctus interrogativus, and Manutius the Younger defined it as a mark that signaled a question which conventionally required an answer. One of the earliest instances of such question marks is in a ninth-century copy of a text by Cicero, now in the Bibliotheque nationale in Paris; it looks like a staircase ascending toward the top right in a squiggly diagonal from a dot at the bottom left. Questioning elevates us.

Throughout our various histories, the question “Why?” has appeared under many guises and in vastly different contexts. The number of possible questions may seem too great to consider individually in depth and too varied to assemble coherently, and yet some attempts have been made to gather a few according to various criteria. For instance, a list of ten questions that “science must answer” (the “must” protests too much) was drawn up by scientists and philosophers invited by the editors of the Guardian of London in 2010. The questions were: “What is consciousness?” “What happened before the Big Bang?” “Will science and engineering give us back our individuality?” “How are we going to cope with the world’s burgeoning population?” “Is there a pattern to the prime numbers?” “Can we make a scientific way of thinking all-pervasive?” “How do we ensure humanity survives and flourishes?” “Can someone explain adequately the meaning of infinite space?” “Will I be able to record my brain like I can record a programme on television?” “Can humanity get to the stars?” There is no evident progression in these questions, no logical hierarchy, no clear evidence that they can be answered. They proceed by branching out from our desire to know, creatively sifting through our acquired wisdom. And yet, a certain shape might be glimpsed in their meandering. In following a necessarily eclectic path through a few of the questions sparked by our curiosity, something like a parallel cartography of our imagination may perhaps become apparent. What we want to know and what we can imagine are the two sides of the same magical page.

Alberto Manguel is a Canadian writer, translator, editor, and critic, but would rather define himself as a reader. Born in Buenos Aires, he has since resided in Israel, Argentina, Europe, the South Pacific, and Canada. Today he lives surrounded by more than 30,000 volumes.

More titles by Alberto Manguel can be found on our website: 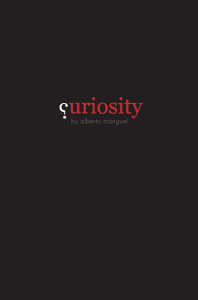 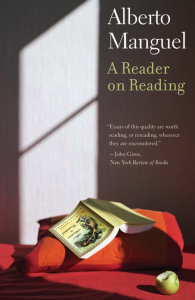 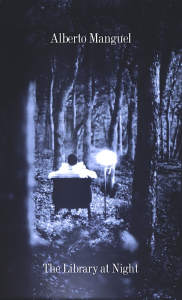 Confucius: Living Together in Harmony

Confucius – or K’ung Fut-zu, as he was called in Chinese – was a philosopher who proposed some…