It’s an important moment in the Art History calendar this month, with the eagerly awaited conference of the Association of Art Historians (AHH) just around the corner. 2015’s programme of lectures, seminars and workshops looks as exciting as ever, with Craig Clunas and Carolyn Christov-Bakargiev – both world-leading experts in their respective fields – appearing as keynote speakers. Yale will be at the bookfair for the conference, which is held at the famous Sainsbury Centre for Visual Arts in Norwich, from 9-11 April. The conference will aim to ‘highlight the breadth, diversity and vitality of art-historical research today’, and to celebrate that aspiration, we have compiled an essential reading list for every budding art historian! 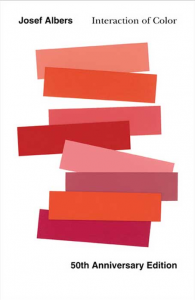 1. What would art history be without colour? It doesn’t bear thinking about, colour is undeniably one of the most important formal and interpretive aspects of art and has been for thousands of years. Even ancient Greek and Roman sculptures were originally painted – don’t worry we prefer them white too!

In Interaction of Color, Josef Albers explores and develops colour theory, and fifty years on from its original publication his writings are still as pioneering and forward thinking as ever. This stimulating, enduring and popular book is definitely a must for any art history student. It is available as a lavishly produced two-volume slipcased set, or in a handy new paperback format. Alternatively, for the tech-savvy, there is a digital edition that allows you to make your own experiments in colour theory – available from the App store.

The important topic of colour is also the focus of Color in Ancient and Medieval East Asia, which provides an alternative perspective to a western ‘spectrum of light’ concept of colour. In this Eastern context the different colours were closely associated with the minerals or plants from which they were derived. This publication would provide perfect background reading for the ‘Deconstructing Boundaries: Is ‘East Asian Art’ possible?’ session at the AHH conference, which focuses on the issues arising from modern and contemporary art from the area. 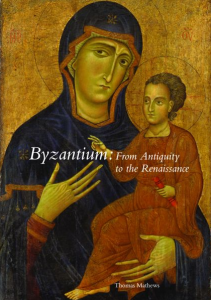 2. Bringing a bit of glitz and glam to the so-called ‘Dark Ages’, Byzantium by Thomas Mathews, Professor in the History of Art at New York University’s Institute of Fine Arts, introduces a rich and vast empire that stood for over a millennium in the eastern Mediterranean. Beautiful glistening mosaics and luminous gold leaf icons were favoured mediums amongst the Byzantines, resulting in gorgeous, awe-inspiring and decadent artworks. Existing between the fourth and fifteenth centuries, the Byzantines saw themselves as the protectors of the classical Roman past, whilst also providing an important geographical link between the Christian west and Islamic east. The art of Byzantium is crucial to any newcomer to the discipline and is no longer considered as a period of ‘decline’ as it was in previous centuries. Art played such a controversial role in the empire that it was outlawed and destroyed during two periods of iconoclasm during the eighth and ninth centuries, dividing the church and state. 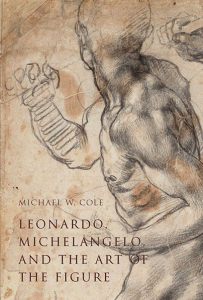 3. No art historian’s bookshelf would be complete without a couple of titles on the Renaissance. Leonardo, Michelangelo, and the Art of the Figure, looks at the single moment in which two of the most famous and important painters in the entire history of art worked side by side. This publication, which is written by Michael W. Cole, professor of art history at Columbia University, looks closely at the commission that the two artists had for murals at Florence’s City Hall. Although sadly never completed, this investigation provides an insight into the pinnacle of the Italian Renaissance in the sixteenth century.

Michelle O’Malley head of art history at the University of Sussex, examines the work of three Renaissance artists, Botticelli, Ghirlandaio and Lippi, from the perspective of business and demand in the book Painting Under Pressure. O’Malley uses scientific evidence, contracts and the physical artworks to form her insightful and fascinating investigation that provides a new and exciting way of looking at Renaissance art. 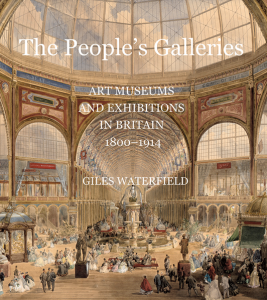 4. Mark Hallett‘s ‘British Art through its Exhibition Histories, 1760 to now’ is a session not to be missed at AHH this year. Mark Hallett is the director of studies at The Paul Mellon Centre for Studies in British Art and author of Yale’s Reynolds: Portraiture in Action. A perfect accompaniment, or alternative if you can’t make the conference, would be the fabulous upcoming publication The People’s Galleries Art Museums and Exhibitions in Britain, 1800-1914, which examines the fascinating history around the founding of the National Gallery and the South Kensington Museum (now V&A), as well as the municipal museums in Manchester, Liverpool and Leeds. This publication argues that the formation of these new galleries and museums created an unprecedented working-class audience for the arts, with institutions that were shaped by new liberal ideals. Although many of the events in the book are around 200 years old, they evoke issues in the museum sector that are very much still relevant today. The book’s author, Giles Waterfield, is director of Royal Collection Studies, associate lecturer at the Courtauld Institute of Art, and also an independent curator. 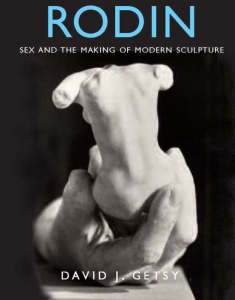 5. Reasons for ‘Why Sculpture is Not Boring’? We can think of a few… Mother Stone by Anne Middleton Wagner looks closely at three of the most important British modern sculptors, Barbara Hepworth, Henry Moore and Jacob Epstein focusing on a theme that appears in the work of all three: maternity. Wagner places the subjects of pregnant women and mother and child within a historical context, with reference to post-war British identity.

A more risqué look at the medium comes in the form of Rodin: Sex and the Making of Modern Sculpture. Rodin’s radical reassessment of the nude in sculpture closely associated him with modernism, but also sex, of which he exclaimed ‘Desire! What a formidable stimulant’! The book’s author, David J. Getsy, explores the way in which the sense of touch evoked in Rodin’s work conveys not only the touch of the artist but also the lover. Sculpture boring? We think not! 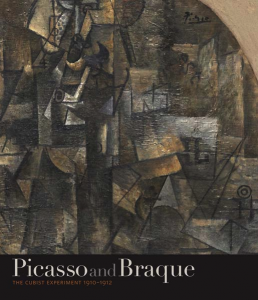 6. Pablo Picasso and Georges Braque did away with centuries of art historical convention, when between 1907 and 1912, they shattered the picture plane in their Cubist paintings and showed a total disregard for the traditional rules of perspective, creating fragmented, perplexing and revolutionary artworks. Picasso and Braque The Cubist Experiment, 1910-1912, closely examines the two pivotal years of the movement, where the paintings became almost void of colour and increasingly abstract. Whilst being regarded as a pinnacle of avant-garde modernism, on a more personal level Cubism was also an intriguing pictorial game played out between Picasso and Braque, where the artists would directly respond to each others paintings, often trying to outdo one another. 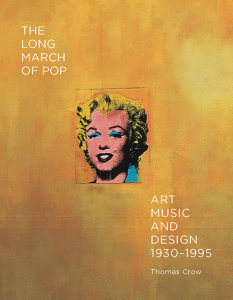 7. The screen prints of Marilyn Monroe by Andy Warhol are undoubtedly amongst the most iconic images of the twentieth century. In the groundbreaking publication The Long March of Pop, Thomas Crow argues for an wider and longer legacy for the movement that extends into the realms of music and graphic design. In this groundbreaking publication Crow draws connections between figures such as Bob Dylan, Jasper Johns, the Beatles and Damien Hist, challenging the long-established view of what exactly Pop is. The Long March of Pop is a book that provides an intriguing alternative to one of the 20th century’s most-loved and best-known movements. 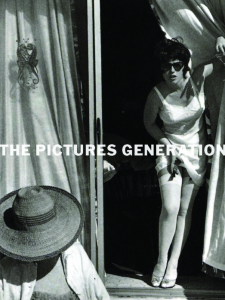 8. Rounding up our titles essential to any new art historian is the Pictures Generation, 1974-1984, a fabulous book that follows a group of loosely connected artists working in New York during the late 20th century. The artists, which include Cindy Sherman, Richard Prince and Barbara Kruger, found themselves born into a world of art dominated by non-representation, with the key movements of the time being Conceptualism and Minimalism. The group of artists that this book examines, who are usually considered in isolation, returned to the realm of representation, focusing on the rhetorical, social and psychological functions of images, across a variety of media, from performance art to photography. The Untitled Film Stills by Sherman or Kruger’s unique combination of image and text are a must for anyone interested in modern and contemporary art.

Yale are proud to carry a vast selection of art books, available from our website.

The AHH 2015 conference and book fair take place from 9–11 April 2015 at the SCVA, University of East Anglia, Norwich.

Check out the Yale stand for special conference offers – and follow the hashtag: #AAH2015

For more about Norfolk see our Pevsner Guides for this county. 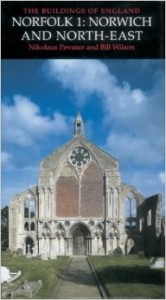 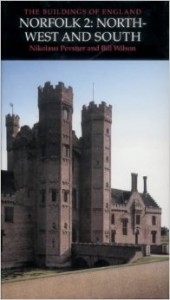 Facing Beauty: Painted Women and Cosmetic Art is a wide-ranging new art history book, out this month from Yale University…