The Margellos World Republic of Letters brings together canonical works of literature and fiction originally written in languages other than English, that have been translated, or retranslated, in order to meet  a new audience. The project of translating these sometimes lost or overlooked works has united creative minds from all around the globe in an exciting and stimulating intellectual exchange. To celebrate World Book Day 2015 we are rounding up four recent favourites from the Margellos Wold Republic of Letters, that embody the diversity, importance and genius of this global literature series. 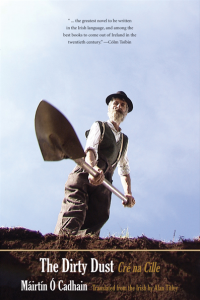 A fascinating and unique novel, The Dirty Dust is now available for the first time in English – translated from the original Irish by Alan Titley. The book is written from the perspective of the deceased lying in their graves and consists entirely of dialogue between the dead characters, who spy on the living communities walking on the ground above. The Dirty Dust was originally published in 1949, gaining a reputation of brilliance from those who were able to read it. Translations were attempted, but refused on legal grounds, adding to its infamous reputation. Now, for the first time, O’Cadhain’s novel can receive the readership it deserves, allowing English speakers to enjoy its satire and often absurd content.

Read an article from the translator, Alan Titley, here. 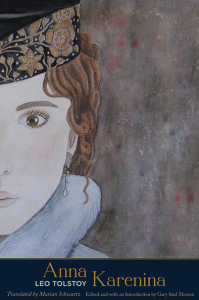 Anna Karenina is undoubtedly one of the seminal works of literature from the 19th century. When writing the novel Tolstoy produced countless drafts, rewriting sentences over and over again in order to ‘bend language to his will’. Perhaps more than any previous translator Marian Schwartz is sensitive to Tolstoy’s use of language, and avoids ‘correcting’ the repetitions that the author himself chose to include in the original Russian edition. Anna Karenina introduces the reader to a wealth of vivid and brilliant characters that are arguably unparalleled anywhere else in fiction. In this new edition Gary Saul Morson provides an introductory commentary on these renowned characters, contemplating Tolstoy’s depictions of love, happiness and evil in this enduring work of literature.

We recently spoke to Schwartz about the joys and challenges of translating Tolstoy, click here for the interview. 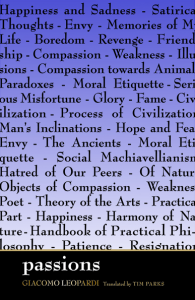 Giacomo Leopardi was never fully appreciated during his lifetime, with the majority of his work remaining unpublished for nearly half a century after his death in 1837. Passions is a collection  of Leopardi’s philosophical musings, which he started to organise thematically towards the end of his life. Freshly translated into English by Tim Parks, this publication includes 164 entries reflecting the full breadth of human passion explored by Leopardi in his writings. Parks also provides a thoughtful introduction, which situates Leopardi in relation to the great thinkers who came after him, including Nietzsche, Dostoyevsky, Wittgenstein, Gadda and Beckett. Passions provides an insight into the mind and work of a great and prolific writer, translator and thinker – known as the ‘first modern Italian classic poet’.

For a further exploration of Leopardi and Passions read a review here, or listen to a podcast with translator Tim Parks. 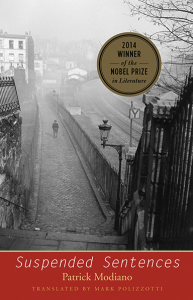 Suspended Sentences is without doubt one of the most important books in the Margellos World Republic of Letters series, with its enigmatic author the recent winner of the 2014 Nobel Prize in Literature. Although originally published as three novellas, Afterimage, Suspended Sentences and Flowers of Ruin, this edition forms a compelling whole, and is a tribute to a Paris that no longer exists. The three narratives create a biography of a dreamlike place that is dominated by the darkness of Nazi Occupation. Mark Polizzotti’s translation is sympathetic not only to Modiano’s unique narrative voice but also the beauty with which he writes. The three stories transport the reader into a world of fear, uncertainty and contemplation, examining the ways in which people find their fate.

Arda Collins is the 2008 winner of the annual ‘Yale Series of Younger Poets’ competition. Mesmerizing and electric,…