We live in a world of constant change. Over the last decade there have been immense developments in technology, massive shifts in social behaviour and a significant economic downturn. Scott Timberg’s Culture Crash: The Killing of the Creative Class, examines the way in which these dramatic changes have negatively impacted creative industries and individuals, from artists to musicians, to the printing press. In this extract Timberg addresses how the digital age has resulted in a deterioration of journalism and print media. The author argues that the dwindling levels of quality, originality, truth and creativity in these industries have some shocking consequences.

Chapter 7: The End of Print

‘More than with other sectors of the creative class, the woes of journalists resonate beyond their own personal circumstances. The decline of print has consequences not just for our culture, but for our democracy. In 2010, the Pew Research Center released an assessment of the way the press and media worked in Baltimore, “The Study of the News Ecosystem of One American City.” It showed that print—primarily the Baltimore Sun—originated about 95 percent of news stories. And this was after a period of staff cutting in which the Sun’s ability to produce original work was down 73 percent from two decades previous.

Studies also show the level of trust toward journalism and the media in general to be at an all-time low. Some of this comes from demagoguery. But the New York Times’ credulousness in the run-up to the Iraq War and the free-market cheerleading of the financial press ahead of the biggest market collapse since 1929 didn’t help.

The original dream of the Internet promised a rich diversity of voices—the mainstream media’s monopoly, despised by left and right alike, would be shattered. But as Michael Wolff has documented in Wired, “The top 10 Web sites accounted for 31 percent of U.S. pageviews in 2001, 40 percent in 2006, and about 75 percent in 2010.” These days, Google, Microsoft, Yahoo, and Facebook garner two-thirds of online ad revenue. As digital outlets proliferate into the space opened up by the closing of newspapers, some kinds of news have thrived, especially specialty sites dedicated to porn, political extremism, paparazzi-style celebrity coverage, and conspiracy theory. Twenty-nine percent of Louisiana Republicans, in a 2013 poll, blamed Barack Obama for the government’s ineffective response to Hurricane Katrina in 2005, more than those who faulted the man who was actually president at the time. Since 2008, the proportion of conservative Republicans who believe the president is a Muslim—it is now 34 percent—has doubled. Fox News and rant radio help churn this kind of nonsense on the right, but it’s easy to find on the extreme left as well, where some are convinced that President George W. Bush arranged the attacks of September 11, 2001.

Technophiles say that websites—and there are certainly some good ones—make print media obsolete. But in the age of the Internet, we’re becoming drastically less informed.’ 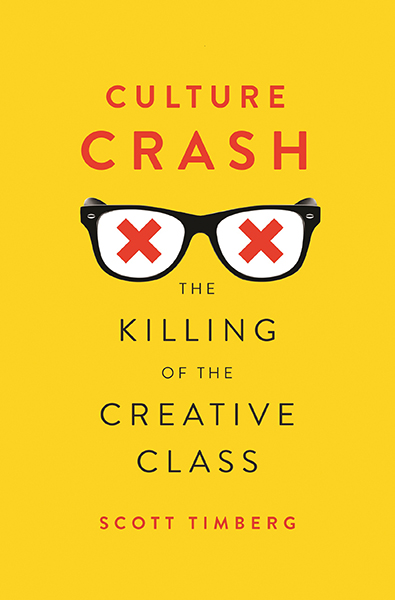 This book should be read by anyone in the world of culture who wants to peer beyond the profitable illusions of middle class contentment touted by our various snake oil salesmen, from Richard Florida to universities, the mainstream media, and arts organizations. . . . A passionate look down at the future.” —Bill Marx, ArtsFuse

Was Maximilien Robespierre (1758-94) a heroic martyr of the French Revolution, or a ruthless tyrant? In his new biography Robespierre: A Revolutionary Life, Peter…