What books do you plan to read in 2015? Mark Zuckerberg, founder and CEO of Facebook, has set a personal challenge to read a new book every other week throughout 2015. In this ‘Year of Books’, Zuckerberg is particularly interested in choosing books with ‘an emphasis on learning about different cultures, beliefs, histories and technologies.’ Below, Yale weighs in on what we think Mark should read next. 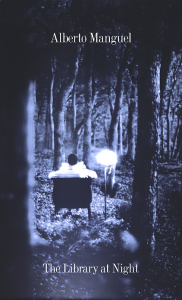 1. The Library at Night, Alberto Manguel

Could a challenge to read more books be complete without a study of the places which houses books themselves? In Alberto Manguel’s The Library at Night, the author traces the history of libraries from the ancient world to the modern day with ‘irrepressible enthusiasm.’ Mr. Zuckerberg will be particularly interested in Manguel’s take on the meaning of libraries, as traditional brick and mortar libraries are forced to navigate an increasingly digital world. The internet, with the advent of Google Books, Goodreads, and even Mr. Zuckerberg’s own online book club in the form of ‘A Year of Books,’ is changing the way we engage with books and is in fact changing the very nature of libraries themselves. A fascinating foray into the history and future of these knowledge temples that bibliophiles won’t want to miss. 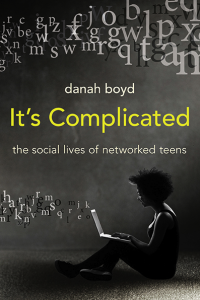 Danah Boyd’s It’s Complicated focuses on the very group responsible for Facebook’s meteoric rise to prominence: the American teenager. Boyd pairs ten years of meticulous research with the voices of 166 American teens to explore how living and growing up in the age of social media shapes teenagers’ lives. Despite frequent fear-mongering, Zuckerberg can take heart in Boyd’s findings. Issues of online safety, privacy, and bullying have changed the teen landscape in our tech-obsessed society, but teenagers are nevertheless using social media to become more informed and engaged citizens. A must-read for all those interested in social media’s blooming effect on our youth and on society, whether or not you own one of the world’s most successful social media conglomerates.

3. The Master and his Emissary: The Divided Brain and the Making of the Western World, Iain McGilchrist

McGilchrist’s fascinating book tells the story of the human brain and the Western World. Specifically, McGilchrist delves deep into the anatomy of the brain – the left side responsible for detailed-oriented, mechanical thinking; the right side in charge of flexibility, breadth, and generosity – and explains how these two very different ways of experiencing the world have influenced Western society. As the tech industry is traditionally aligned with the left side of the brain, Mr. Zuckerberg may be particularly interested to read McGilchrist’s assertion that although this left hemisphere way of thinking is becoming increasingly dominant in society it also possesses an ‘inferior grasp of reality.’ A thought-provoking examination of how the structure of the brain has influenced and continues to influence philosophy, technology, and thought.

Samuel Palmer: Shadows on the Wall