The award-winning Mary Queen of Scots (2018) proves that the Scottish Queen remains as fascinating a figure as ever. Historian Stephen Alford explores the controversial and historic event that was the Scottish monarch’s execution. The sequence of events that run up to Mary’s unfortunate demise reveals two strong female leaders pitted against one another, where allegiances were chosen between blood and state.

The Execution of Mary Queen of Scots

On Wednesday 8 February 1587 Bull, the public executioner, cleaved the head from the body of Mary Queen of Scots in the hall of Fotheringhay Castle. It was the most dramatic, as well as the most dangerous, moment of the reign of Elizabeth I. Its international repercussions were immense, a mark of Protestant England’s defiance of the military power of Catholic Europe. One consequence for Elizabeth’s government was the continued and intensified European war against Spain. Another was the shock and trauma of executing a monarch, even one as degraded and marginalized as Mary Stuart.

By the time of her execution, the Queen of Scots had haunted Elizabeth’s government for three decades. She was a great-granddaughter of the first Tudor king, Henry VII, but in setting out the line of royal succession in the 1540s Henry VIII had simply ignored the Stuart claim to the English throne – a claim of blood they had by the marriage of his own sister, Margaret, to King James IV of Scotland. In a Europe fractured along confessional lines, Catholic kings and princes believed that Elizabeth I, who came to the throne in 1558, had no just title to the English crown; she was in their eyes the bastard daughter of Henry and Anne Boleyn. Their preferred candidate was Mary Queen of Scots.

Mary ruled in her own right in Scotland for a shade over half a decade. Before 1561 she was a French princess and queen. By 1568 she was in England under house arrest, where she remained, moved between various house and castles, until her execution. She celebrated her forty-fourth birthday two months before she put her neck on the block.

To Elizabeth’s government, Mary was an enemy. She was a natural focus for Catholic plotting abroad and at home. The perception of Mary as an enemy to Elizabeth’s person and to her kingdom was extraordinarily powerful. Fears of her influence remained consistent and sharply focused for nearly thirty years. Elizabeth’s advisers – men like William Cecil, Lord Burghley and Sir Francis Walsingham – were vigilant and gathered evidence of Mary’s plotting, even in close confinement in England. She was careful to hide her tracks. In the end, in infiltrating the so-called ‘Babington plot’ of 1585-86, Walsingham believed he had secured evidence of Mary’s complicity in a conspiracy to kill Elizabeth.

Elizabeth’s relationship with Mary was complex. The two women never met each other: Elizabeth’s advisers squashed plans for a meeting in the 1560s. By 1586 Elizabeth was pulled between the obligations of royal blood and duty and the necessities of political action. As she told parliament in two remarkable and revealing speeches in late 1586: ‘I know what it is to be a subject, what to be a sovereign, what to have good neighbours, and sometimes meet evil willers. I have found treason in trust. She accepted and understood the danger presented by Mary, knowing it was ‘a foolish course to cherish a sword to cut mine own throat’.

‘I know what it is to be a subject, what to be a sovereign, what to have good neighbours, and sometime meet evil willers. I have found treason in trust.’ – Queen Elizabeth I

After months of delay, Elizabeth signed Mary’s death warrant on 2 February 1587, only hours later to countermand her order. Her advisers, marshalled by Lord Burghley, seized their opportunity and sent the warrant to Fotheringhay without their queen’s knowledge. Burghley and his colleagues knew that to kill the Queen of Scots was a necessary act for the preservation of their state; the end justified the means. Mary was dead before Elizabeth knew what had happened. Following the execution the politics of the royal court were glacial: even Lord Burghley, Elizabeth’s right-hand since the 1550s, was refused audience. Elizabeth realized the horror of what she had had to do: she had signed the death warrant, not of a single monarch, but potentially of monarchy itself. It is not too fanciful to feel just the sensation in 1587 of what happened to Charles I in 1649 and the English republic that followed it – and all to save Elizabeth’s throne.

The reputation of Mary Queen of Scots is still a powerful and divisive one. Was she a queen wronged and done to death by an Elizabethan tyranny? Was she a martyr to the Catholic cause? Was she a woman who, by her meddling and plotting, in the end, faced justice and deserved to die? Those questions – and our answers to them – powerfully shape our reading of the evidence of Mary’s final years.

One interpretation of her trial by special commission at Fotheringhay and the evidence of her complicity in the conspiracy is that she was denied proper justice. She was tried in secret facing enemies who were at once her prosecutors and her judges. She was not allowed to see the secret evidence against her. On the other side of the argument, the nature of her conspiracies probably meant that she had to be tried in this extraordinary way. She was too clever and too skilled at evasion to answer for her crimes in an ordinary way, too dangerous and too powerful.

Mary Stuart’s life has all of these resonances. Though remote by over 400 years, her situation – however, we choose to read it – speaks to questions of justice and punishment we are very much wrestling with today.

Stephen Alford was educated at the University of St. Andrews, Scotland, and is Fellow in History at King’s College, Cambridge. He is the author of Burghley: William Cecil at the Court of Elizabeth I. He lives in Northumberland, UK. 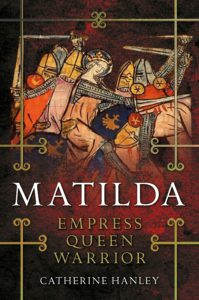 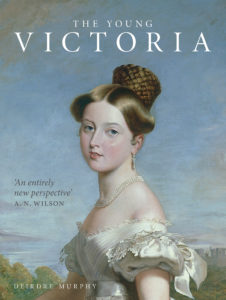 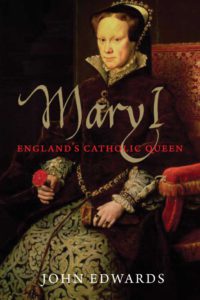 For more on the British monarchy through history explore Yale’s English Monarchs Series.