In this centenary year of the Great War, Pevsner author Simon Bradley explores some rarely seen memorials to the conflict, encountered whilst researching Yale’s new Pevsner guide to Cambridgeshire. 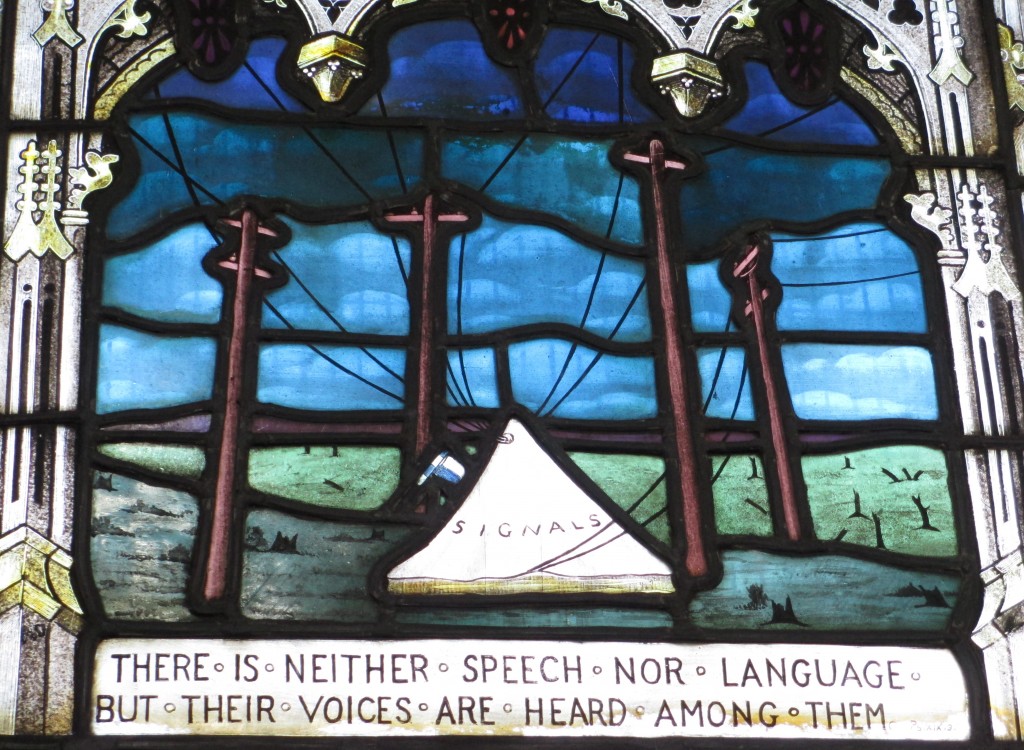 Outdoor war memorials can be found in many villages, but memorials in churches are common too. Most of these take the form of simple plaques, and are not normally included by the Pevsner Architectural Guides, although their social and historical value is of course immense. Cambridgeshire churches also contain some more unusual memorials, of which those shown here are all included in the new edition.

Stained glass was commonly favoured for war memorial windows throughout Britain, often showing St George or the Crucifixion. The latter was chosen for the east window at Shudy Camps. This is based on a painting by James Clark called The Great Sacrifice. The window is not a parish memorial, as it commemorates two sons of Canon Thornton, who was vicar here.

Clark’s painting dates from the first year of the war. It juxtaposes a dead or dying soldier with Christ on the cross. Offering religious consolation to the bereaved, it was much reproduced and became very popular in its day.

To fill the space, the window at Shudy Camps adds outer lights to different designs. Like the central image, these are attributed to the stained-glass designer George Parlby (1857–1944). The image on the right is of the Cloth Hall at Ypres, one of the great medieval buildings of Europe, which was reduced to a ruin during the war. Ypres is also represented in the church by a small capital saved from these ruins, which has been fixed on a window sill.

Swaffham Prior church also has memorial stained glass (featured above), given by the village’s eccentric squire Mr C.P. Allix. The windows show all manner of things associated with the war, including a tank, a Zeppelin, women munitions workers, and this signals tent.

The images are based on newspaper cuttings and drawings supplied by Allix to the glassmakers, Curtis, Ward & Hughes. The biblical texts were also chosen by him. The one for the signals tent is taken from Psalm 19, verse 3.

The images have biblical texts chosen by Allix, and are based on newspaper cuttings and drawings supplied by him to the glassmakers, Curtis, Ward & Hughes.

At Balsham church is a font with a magnificent cover, designed c. 1920 by the Oxford architect F.E. Howard. It was made over nine years by the rector, the Rev. H.J.E. Burrell, who set up woodwork classes so that his parishioners could join him in the task. To allow the cover to be raised, a counter-weight is suspended within the centre (just visible in the picture). Burrell used a German shell-case for this, making the font cover one of the county’s more unusual commemorations of the conflict.

Simon Bradley is the co-author and editor of Yale’s revised Pevsner Cambridgeshire volume. You can watch a video of Simon talking about the book here. 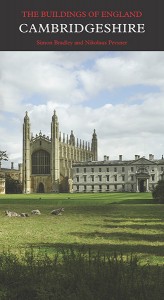 Nature Inside: Plants and Flowers in the Modern Interior

We seem, today, to be infatuated with indoor plants and flowers. Many of our every day public indoor…