Interns eh? Who’d have ’em? Yale do! Two in fact, and we’ve proved a deft hand at making hot drinks(!), liaising with authors, scheduling social media and writing informative yet entertaining copy for the blog. So deft, in fact, that Yale-London has been hiring two more to begin work when we depart at the end of December. And yes that’s hiring, with a living wage and everything. Fair day’s work for a fair day’s pay and all that.

It’s been a whirlwind of a six months. Conferences, exhibitions, interviews, round-ups, ‘Bookshop of the Month’, setting up the Yale Instagram, pioneering the Yale Christmas Book-tree, and winning a Nobel Prize (definitely a direct result of the internship programme). So, to showcase some of the daily duties that a Yale-London intern undertakes, we’ve reflected on our six months in a publishing house, and asked each other some searching questions. It’s time for an intern-view…

Elliot is quizzed by Lucy

Lucy: Apart from remembering the sales and marketing team tea order, what’s been the biggest challenge?

Elliot: Climbing the stairs to the loft-office (or ‘loffice’ as we like to call it) every day. They should have a base camp with oxygen masks and thermal gear.

Actually, it’s all been very pleasant: everyone has been very helpful and happy to explain how to do things, so there haven’t been any huge challenges. I’ve really enjoyed my whole experience here. Except for the one time I tried to make tea for all of Sales and Marketing.

L: What surprised you about the position?

E: The levels of tea consumption. Other than that I guess the most surprising thing would be the amount of work Yale does in-house. As a casual reader you’re aware that books come from publishers, rather than a magic knowledge tree, but I’d never realised all the work that goes on behind the scenes in departments like Production and Promotions. It’s almost like a cottage industry, in a way, and I think it’s a testament to the talent of the people who work here that Yale is able to publish so many books with a comparatively small team.

L: Who is your favourite Yale author?

E: It has to be Richard Ormond, museum director, art historian at large and all round very nice man. One of the highlights of the job has definitely been interviewing authors for the blog; Yale authors tend to be engaging and erudite and it’s a privilege to have a really in-depth chat with people who not only know everything about their chosen subject, but are also adept at communicating that knowledge.

Richard is John Singer Sargent’s great nephew and has been working on Sargent’s Catalogue Raisonne for over 15 years; he travels the world tracking down Sargent paintings and was full of stories about the Bedouin and meeting T. S. Eliot. Though I have to say that every one of the authors I’ve worked with has been friendly, helpful and a pleasure to talk to.

L: Would you do it again?

L: Describe Yale UP in 3 words…

Lucy spills the beans to Elliot

Elliot: When did you first realise you weren’t working at a Locksmiths?
L: When they gave me a key to the front door and it wasn’t a Yale lock … But also when I realised just how extensive the catalogue of an academic publishing house could be; in my first week I was sent to an exhibition about Josef Albers at Somerset House on the theory of colour, and wrote a piece about The Zong which is the history surrounding a British slave ship … since then I’ve helped out with pieces relating to travel, economics, art and fashion – amongst other things. There’s still no content on locks though…

E: Best place to lunch near Bedford Square?
L: Store Street Espresso if you’re a coffee addict, or the farmers market outside Birkbeck on a Thursday if you’re in to good burgers.
E: Favourite book to work on?
L: Probably Patrick Modiano’s Suspended Sentences. Being in the office when Modiano won the Nobel Prize in literature was exciting, as we were compiling content to go out at the same time as the mainstream media. The fact they brought the publication date forward so quickly was also quite amazing to see because it showed how efficiently publishing houses can work when a book is in high demand.
E: What’s the best thing about working at Yale?
L: I feel like I learn something new every day, even if it’s just about Twitter, which is a nice way to adjust the realities of working life after postgrad.
E: If you had to compare YUP to an animal, which animal would it be?
L: A dolphin – intelligent but also fun.

Yale would like to thank Lucy and Elliot for their fantastic work for us as interns – and to wish them well with all their future plans. Thank you! 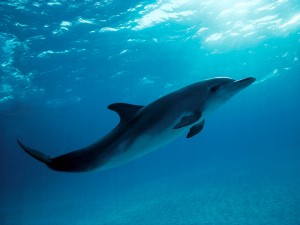 For details of current opportunities at Yale-London, visit our website.