Shadows: The Depiction of Cast Shadows in Western Art is an example of the continued importance of discussing light and dark in art. Stemming from a modest exhibition at the National Gallery, the reissuing of this book 20 years on shows just how canonical Gombrich’s work on art is, and acts as a window onto a rich and important subject. Since the text was originally released, artists have continued to play with light and perspective in art, and, if the exhibition were re-imagined today, there would no doubts be a further conceptual shift in the understanding of this artistic technique. This new edition is also available as an enhanced ebook, and includes a documentary of Sir Ernst Gombrich and Erika Langmuir discussing the representation of cast shadows in painting. 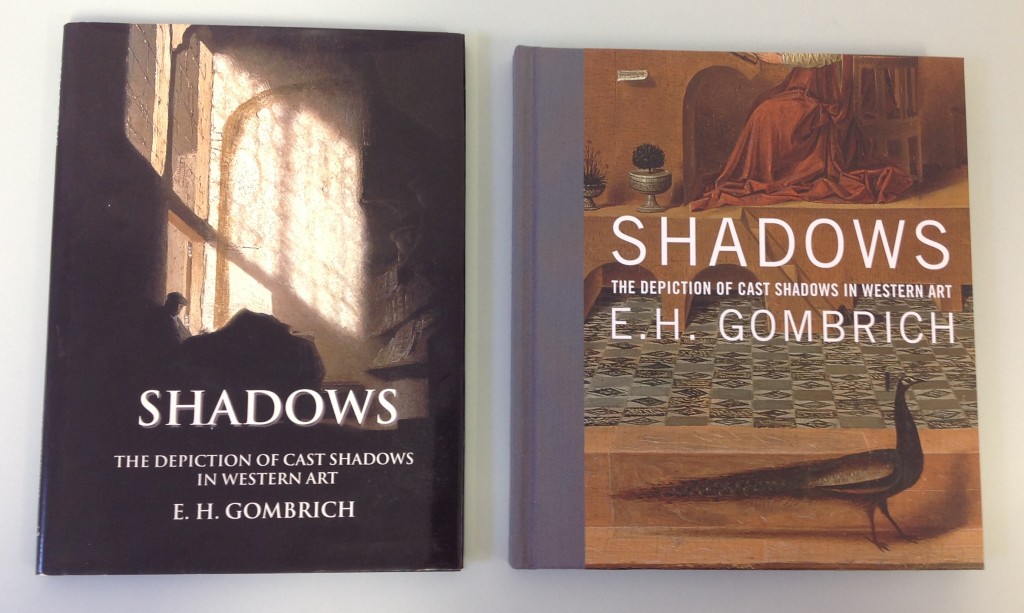 The original exhibition catalogue published in 1995 (left) and the the updated version, published in October 2014 (right).

Gombrich points out images that have ‘harnessed the real or manipulated shadow to the service of moral instruction or satire. Thus Otto van Veen transforms the shadow of Cupid into a sinister apparition to point the moral that love engenders envy.’ Here, we can see how shadows are used to portray strong emotion, and act as a kind of artistic moral subtext. 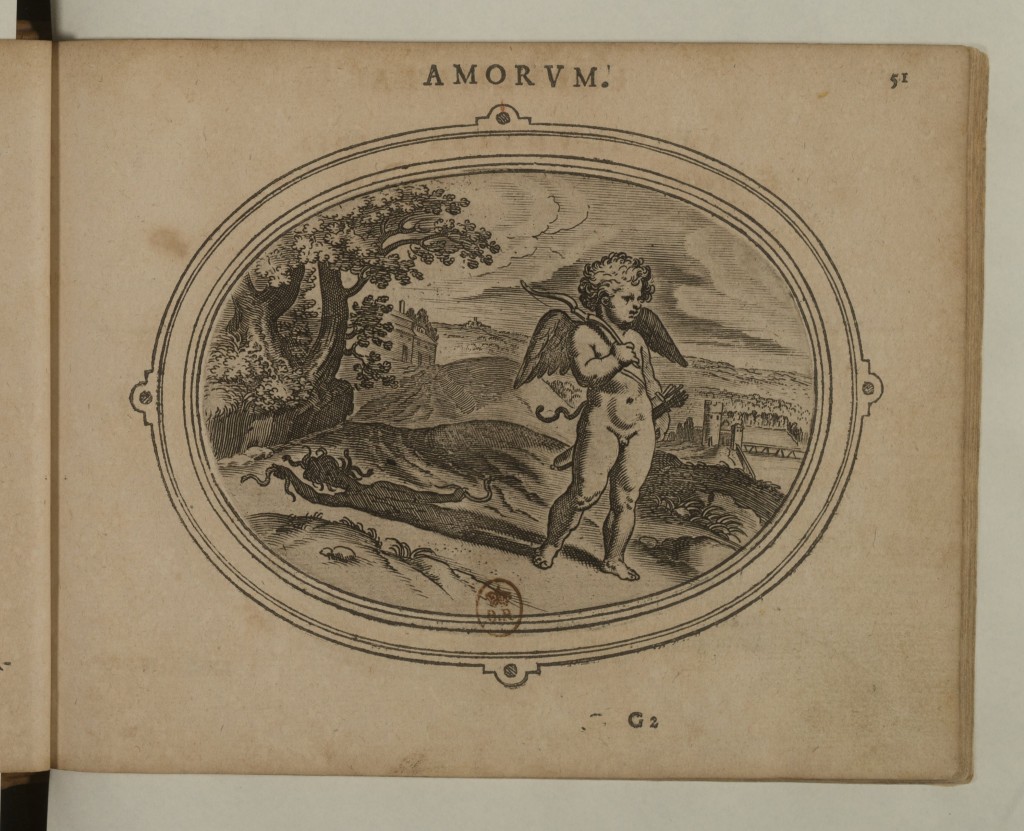 ‘Cubism reinstated the role of shadows both to guide and confuse the viewer. Later still the Surrealists exploited the effect of shadows to enhance the mood of mystery they sought, as in Chirico’s dreamlike visions of deserted city squares, where the harsh shadows cast by the statue and solitary figures add to the sense of disquiet.’

The use of perspective in art has always been a key tool for portraying different kinds of moods. Gombrich notes here that it is particularly important in cubism and surrealism. The mise-en-scene in Chirico’s painting, including the use of shadow, adds to the idea of an ‘enigma’ and the confusing perspective shows new ways of understanding the importance of light and dark. 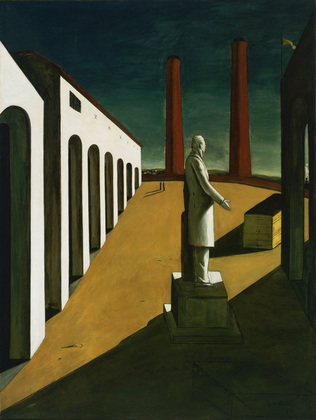 The Enigma of a Day, Giorgio de Chirico

Like Otto van Veen, Gombrich notes ‘Nineteenth-century caricaturist Grandville [also] harks back to the fashion of the silhouette portrait that was our starting point in order to make the shadows thrown on the wall by members of the French Cabinet reveal their true natures – a drunkard, a devil, a swine and a dupe (turkey). ‘

It is certainly easy to imagine an updated version of this form of satire for today’s politicians, demonstrating that use of shadow to glean moral understanding in art has been used through the ages. 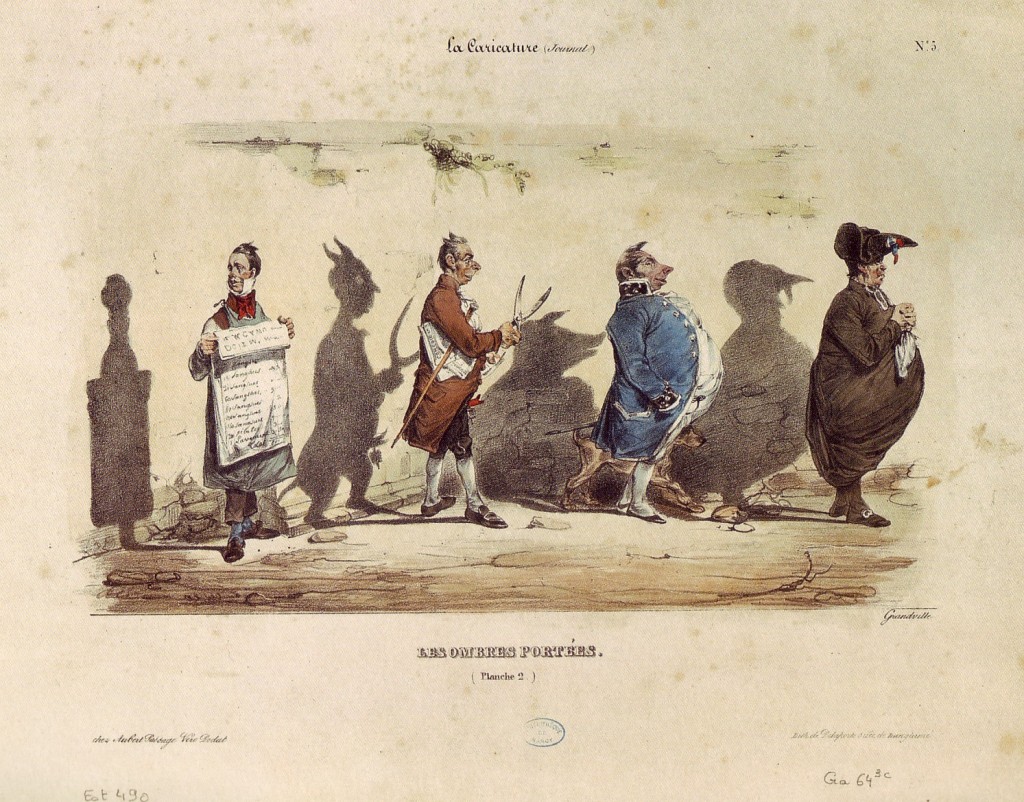 The Shadows (The French Cabinet)

Casting some additional light on Gombrich…

The ebook edition contains a 30 minute documentary in which Sir Ernst Gombrich and Erika Langmuir discuss the representation of cast shadows in painting. The film was made to accompany the exhibition at the National Gallery in London.

You can read more about Shadows on the Yale Books website. 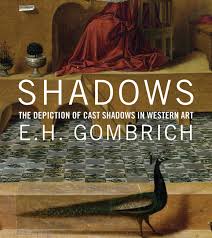 In this centenary year of the Great War, Pevsner author Simon Bradley explores some rarely seen memorials to…