As one of the most influential art movements of the early-twentieth-century, cubism holds its place as a heavyweight in the realm of the avant-garde. The term ‘cubism’ was first coined by French art critic Louis Vauxcelles in the early 20th Century, and it describes art that ignores traditional notions of perspective. Cubism: The Leonard A. Lauder Collection, an exhibition hosted by The Metropolitan Museum of Art, runs from 20 October 2014 to 16 February 2015. It demonstrates why the movement is regarded as so important and showcases what the New York Times calls ‘one of the most significant gifts in the history of the Metropolitan Museum of Modern Art’. Featuring Georges Braque (French, 1882–1963), Juan Gris (Spanish, 1887–1927), Fernand Léger (French, 1881–1955) and Pablo Picasso (Spanish, 1881–1973), this exhibition showcases Leonard A. Lauder’s generous gift – an illustrious range of drawings, paintings, collages and sculptures. 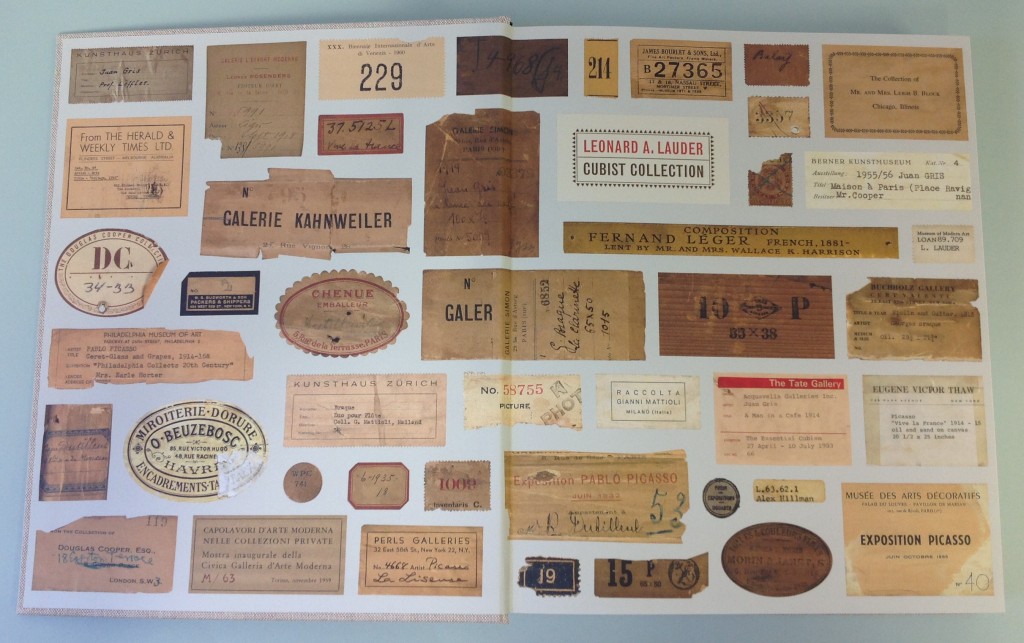 Cubism: The Leonard A. Lauder Collection

The show’s accompanying catalogue, available from Yale University Press and edited by Emily Braun and Rebecca Rabinow, pays homage to the following greats.

As one of the best known and most widely celebrated artists of the 20th-Century, Picasso’s influence cannot be ignored when discussing cubism. Picasso was born in Spain, but spent most of his working life in France. His artistic style underwent many different configurations, starting with his so-called ‘Blue Period’ (1901–04), then to his ‘Rose Period’ (1904–06), then entering his ‘African-Influenced’ stage (1907–09) and then to his development of analytic and synthetic cubism (1909–1919).

Below is a spread from the exhibition catalogue, Cubism, depicting Picasso’s Seated Man and a photograph of Picasso in his studio. 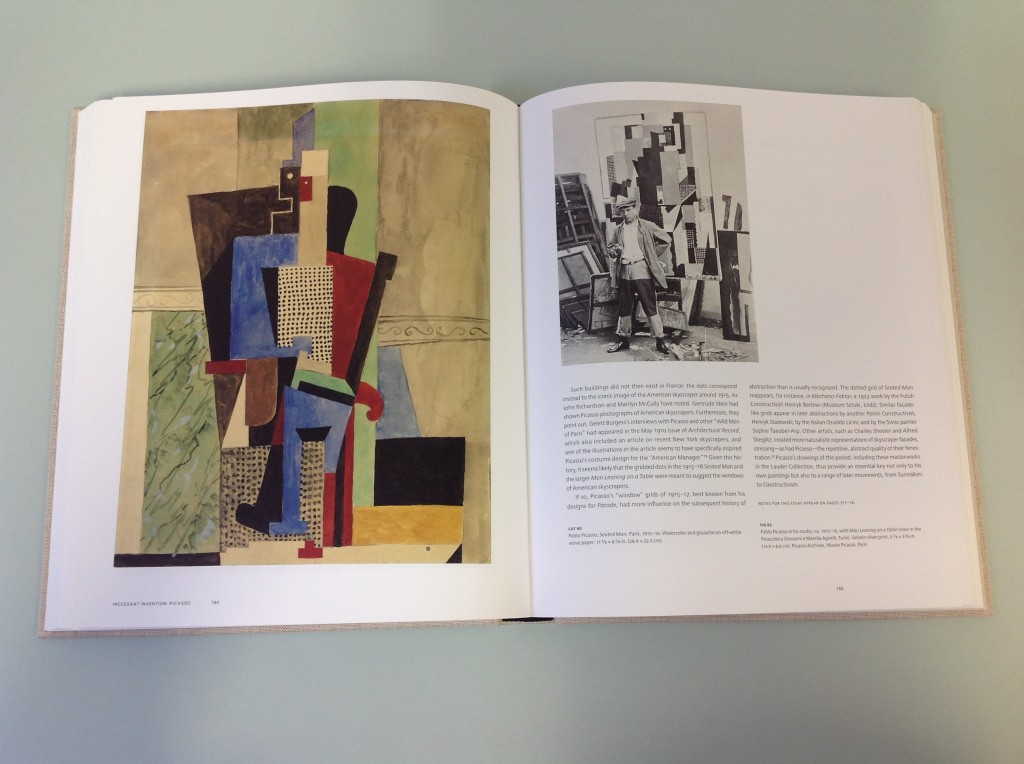 Fernand Leger began his working life as an architect, moving to Paris in 1900, where he worked as an architectural draftsman. At age 25, however, he gave up this career in order to start working as a professional painter. His early works display his affinity with cubism, whereas later he adopted a more populist artistic style. During World War Two he taught at Yale University where he was inspired to paint images which juxtapose organic landscape and machinery.

This spread shows Leger’s The Siesta (left), and Two Figures in the City (right). 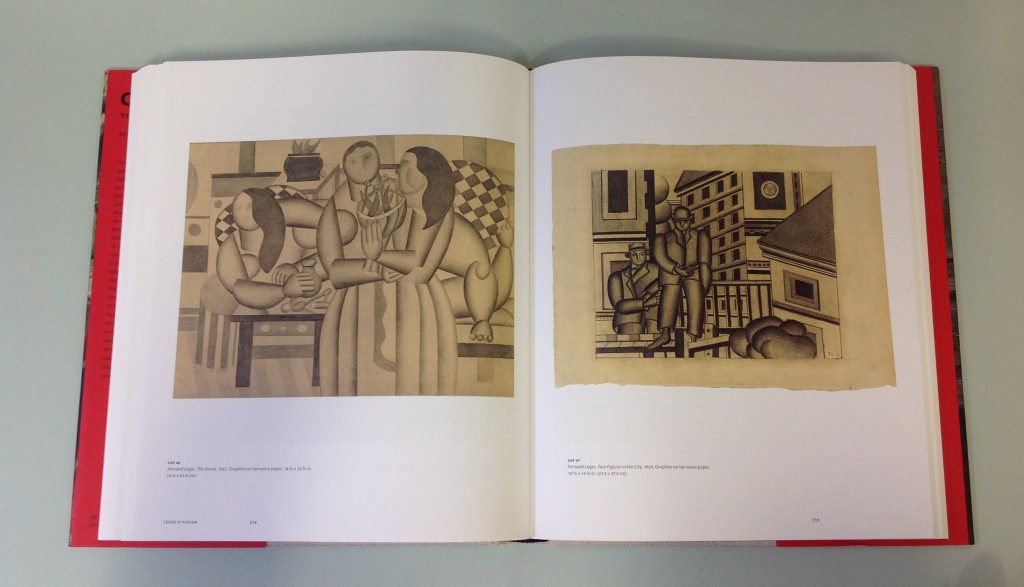 Braque’s early cubist works remained practically indistinguishable from his contemporary and colleague, Picasso. He later, however, developed a more colourful style, choosing to moderate the harsh abstractions of cubism. He also became close friends with Juan Gris – another influential figure in this field. Braque has designed decor for several ballets, including Les Fâcheux 1923–4. In 1937 he was awarded First Prize at the Pittsburgh International, and the main painting prize at the 1948 Venice Biennale.

This spread from the exhibition catalogue features Braque’s Landscape at La Ciotat (left), and The Terrace at the Hotel Mistral (right). 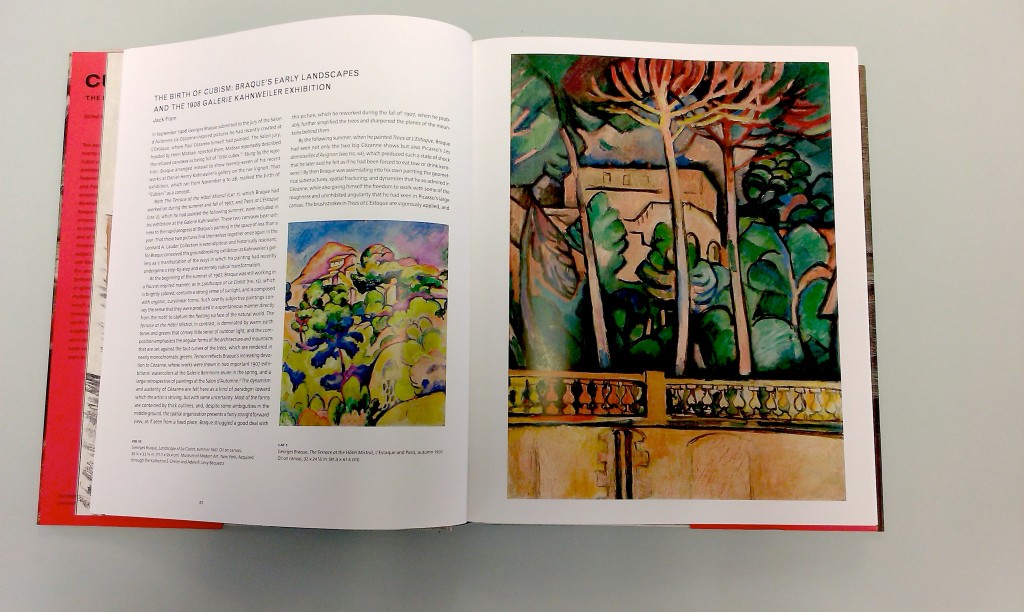 Juan Gris moved to Paris in 1906 and quickly became part of the artistic set, making friends with Matisse, Picasso, Braque and Leger. Gris was one of the artists responsible for the development of Synthetic Cubism. Synthetic cubism is characterised by more abstract takes on traditional forms, an increased use of colour, and a more adventurous use of texturing and layering in collage.

Below is a spread featuring Gris’ The Fruit Bowl (left), and Pipe and Tobacco Pouch (right). 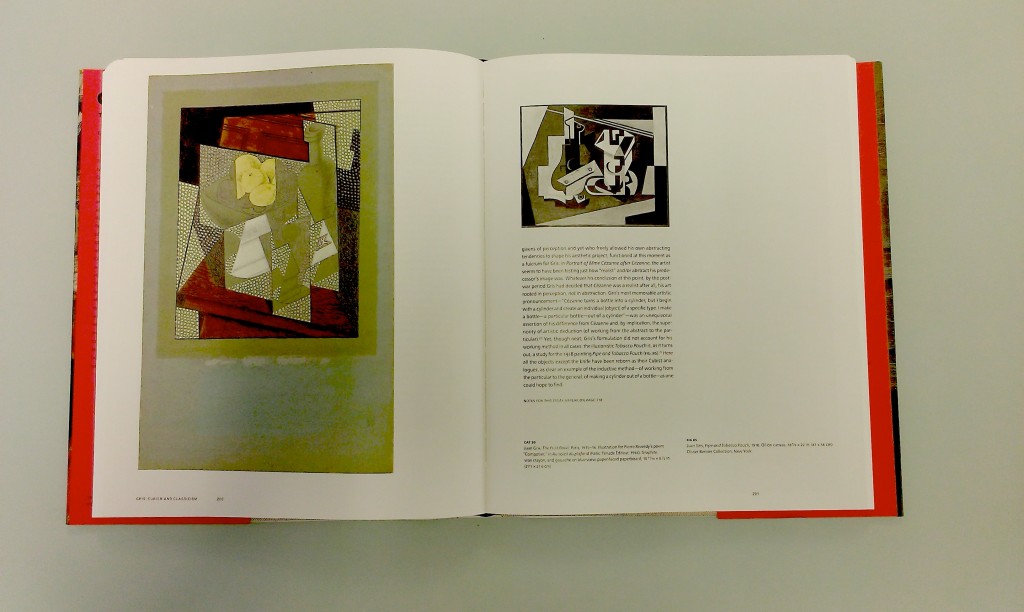 Find out more about this book or place an order for Cubism: The Leonard A. Lauder Collection

Emily Braun is distinguished professor at Hunter College and the Graduate Center, CUNY, New York. Rebecca Rabinow is curator in the Department of Modern and Contemporary Art, The Metropolitan Museum of Art. 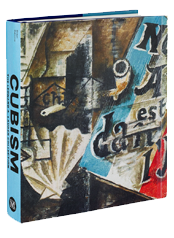 An A-Z of the World – E. H. Gombrich on: Leonardo da Vinci