Ever found yourself wondering what the range of complex emotions we experience as human beings are for? Could seemingly negative emotions have positive aspects? The Yale Books Blog has rounded up some of the best books to answer these questions, exploring titles dealing with friendship, jealousy, boredom, shyness and the emotional minefield ‘love’. Using modern and historical sources, some that stretch as far back as Greek philosophy, contemporary theorists negotiate the historical and practical implications of our most complicated emotions.

Here are our top emotional reads 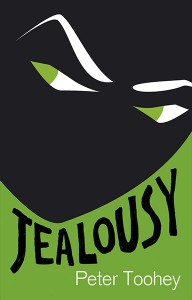 As one of the original seven deadly sins, jealousy is an emotion that has been discussed for years. Peter Toohey offers a better understanding of the green-eyed monster, with this homage. Embarking on an exploration of the meaning, history and value of jealousy, we are taken to the core of modern culture, creativity and civilisation, venturing as far back as greek myth. Toohey makes a case for this emotion, not as a sin, but as a vital part of modern emotional intelligence. Look out for an interview with the author, coming soon!

Peter Toohey is professor of classics in the Department of Greek and Roman Studies at the University of Calgary. He specialises in the nature and history of emotions. 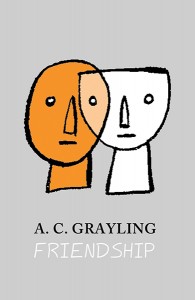 Friendship by A. C. Grayling

Describing friendship as ‘the highest and finest of all human relationships’, A. C. Grayling’s print treatise on friendship is an enlightening evaluation of the philosophical nature of our emotional life with regards to other people. Putting the concept of ‘friendship’ under intense scrutiny, he surveys an impressive list of scholars that have written on the subject, including figures such as Plato, Aristotle, Cicero and Augustine, right up to the more modern philosophical musings of Godwin and Kant.

A. C. Grayling is founder and master, New College of the Humanities, London. He has written over thirty books on philosophy and other subjects while regularly contributing to The Times, the Financial Times, the Observer and other publications. 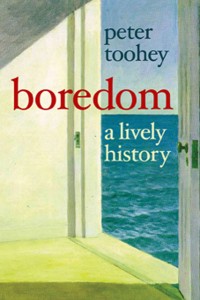 Making boredom interesting is potentially a problematic task, taken on by Toohey with style and vigor. Toohey provides a whistle-stop tour of the historical and cultural aspects of this emotion, arguing that to be bored is not necessarily always a bad thing. Making the distinction between ‘simple boredom’ and ‘existential boredom’ the reader is shown the scales of this emotion and what they can mean for aspects of every day life. 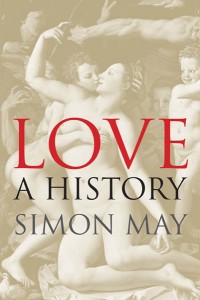 Love: A History by Simon May

Simon May’s text asks revealing questions about the nature of modern love, raising a polemic against our current, near sacred, understanding of the emotion. Whilst asking readers to redefine and re-evaluate their own concepts of love, he grapples with thinkers such as Augustine, Rousseau, Nietzsche, Schopenhauer and Freud, among others. Raising questions, not only about the history and meaning of the word ‘love’, the reader is asked to question the notion of unconditional love.

Simon May is a visiting professor of philosophy at King’s College London and Birkbeck, University of London. 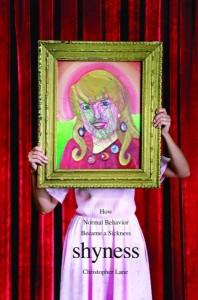 Shyness: How Normal Behavior Became a Sickness by Christopher Lane

This book charts the development of modern medicine, and the worrying practice that was taken up in the 1980s of medicalizing emotion. Offering a behind the scenes look at the psychologists involved in the revamping of ‘The Diagnostic and Statistical Manual of Mental Disorders’ (DSM), the reader gleans an understanding of the lack of objectivity that potentially lies behind psychiatric research.

Christopher Lane is a prominent academic and scholar in the field of psychopharmacology and ethics. He has authored many essays and several books on psychoanalysis, psychiatry and culture, including Hatred and Civility: The Antisocial Life in Victorian England. 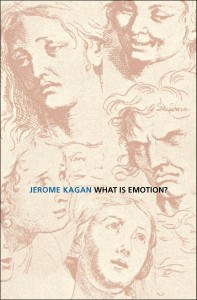 What Is Emotion? History, Measures and Meanings by Jerome Kagan

A widely respected psychologist and author looks at the ambiguities and evaluates the controversies surrounding the subject of emotion. Foraying into many differing disciplines in order to gain answers to some of the more complex questions about emotion, Kagan offers us musings from anthropology, psychology and biology in an attempt to explore (often incorrect) popular assumptions. Cultural factors, gender, class and ethnicity all factor into a person’s emotional patina and simple emotion is often more complicated than it originally seems.

Jerome Kagan is professor of psychology emeritus and former director of the Mind/Brain Behavior Interfaculty Initiative, Harvard University. He is the author of some 400 papers and books on developmental psychology.

For more new books from Yale: