So, we need to talk about tech books. Technology, according to J. G. Ballard, always has unforeseen effects, often contrary to the intended purpose. Last year the booming tech industry created over 300 new apps per day, Facebook reached its billionth user and Google was estimated to have some 10 exabytes of data on disk [1 exabyte = 1 billion gigabytes]. Digital technology is embedded  in our lives more deeply than ever before, allowing us to connect with more people more quickly, as long as they too are part of this digital world. But what effect is this having on society? Are digital systems becoming more intelligent, or are we becoming less capable, happy to let computers  make decisions for us? What kind of value systems are we endorsing and how is this affecting the development of young people? These are some of the questions explored in the following Yale tech books. Written by leading academics and researchers in the new technology field, these books tackle complex issues in a clear and concise way, cutting through the tangle that is ‘networked living’ to provide insight into how to exist in a digital world. 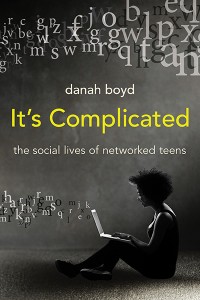 Does it mean anything new to grow up in a networked world? In this book  leading tech researcher danah boyd presents an insight into teenagers’ use of social media, myths that frighten parents and how young people form communities online. Danah emphasises that the internet is made of people, and that however alien online interactions may seem to parents, the internet is primarily a positive and enabling force for their children. Drawing on her sustained and in-depth research, she is able to frame and explain the way teens intelligently use  networking as a tool to create their own spaces and culture in a society which has largely excluded them from a physical social life and intrudes on their privacy more than ever before.

An excellent guide for parents, teachers and anyone interested in the changing ways in which young people communicate and articulate themselves. 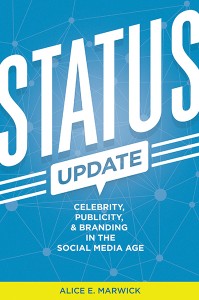 The social media revolution has transformed our identity, both online and in the real world. While PR rhetoric for platforms emphasises self-expression, connection and sharing, the reality is that social media also encourages self-promotion and marketing, with people increasingly presenting their lives in the same manner as brands. Like danah boyd, Alice E. Marwick is a researcher and academic interested in the intersection of technology and society, and the rapidly changing ways people present themselves online. Marwick argues that early revolutionary goals for the internet have failed to materialise, and that while many continue to view social media as democratic, these technologies can instead turn users into marketers and self-promoters, with technology companies poised to violate privacy and prioritise profits over participation.

Marwick analyses status-building techniques –  self-branding, micro-celebrity and life-streaming – to show that Web 2.0 did not provide a cultural revolution, but instead furthered inequality and reinforced traditional social stratification, demarcated by race, class and gender. 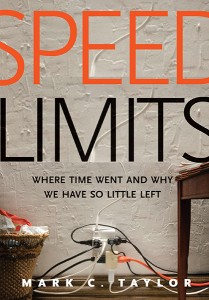 Speed Limits: Where Time Went and Why We Have So Little Left, by Mark C. Taylor

We live in an accelerating world: faster computers, faster news, food, product cycles, bodies, kids, lives. Yet we seem to have less time than ever to reflect, enjoy leisure or perhaps even play. How did this new world of speed emerge? Why does it seem so inescapable? Drawing together developments in religion, philosophy, art, technology, fashion and finance, Mark C. Taylor presents an original and compelling account of a great paradox of our times: we may be reaching the point where greater speed can only limit.

Too much speed can tear apart bodies, minds, communities, countries and the earth itself. Can we regain control? Taylor redirects us toward a more patient, deliberative and sustainable world. 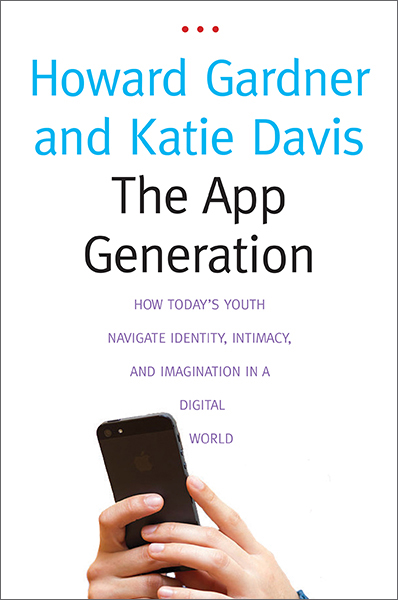 The App Generation: How Today’s Youth Manage Identity, Intimacy and Imagination in a Digital World, by Howard Gardner and Katie Davis

Apps have quickly come to occupy a central place in the current zeitgeist. Practical, easy to use programmes with discrete functions, apps simplify existence. But what effect is this having on society, particularly those who have grown up in ‘the app generation’? Howard Gardner and Katie Davis interviewed veteran teachers, ministers and other youth workers to discover how apps are changing how people behave. They found out that for many people apps act as ‘shortcuts’, replacing social actions and minimising risk. Apps allow people to connect with others more than ever before, but at the same time our connections are becoming less meaningful.

The challenge is to venture beyond the ways that apps are designed to be used, Gardner and Davis conclude, and they suggest how the power of apps can be a springboard to greater creativity and higher aspirations. 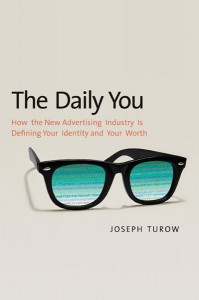 The Daily You: How the New Advertising Industry is Defining Your Identity and Your Worth, by Joseph Turow

Are you a Socially Liberal Organic Eater, Diabetic Individual in the Household, or Single City Struggler? Advertising has changed dramatically in the last decade, becoming increasingly interactive and influenced by consumer research and data-mining. However most people outside the industry are unaware of the extent to which their activity online is being monitored and categorised. The Don Draper style creative powerhouse has been replaced by statisticians and computer modellers, who lump users into groups and then sell their data. Joseph Turow, a professor at the University of Pennsylvania, has conducted extensive research and provides a concise guide to the way that advertising is monitoring and engineering online identities.

With many people unaware of the extent to which personal data has become a commodity, this book is a timely alarm for anyone who wonders what happens to their data when they go online. 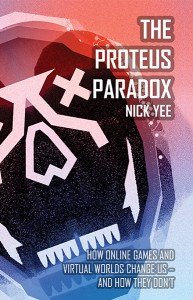 The Proteus Paradox: How Online Games and Virtual Worlds Change Us – and How They Don’t, by Nick Yee

The last book in our roundup focuses on the virtual worlds created and peopled by gaming. Nick Yee has been researching MMORPGs (massively multiplayer online role-playing games) for many years under the aegis of his Daedalus project. We often think of online games as being about fantasy, freedom and fun, but many gamers describe their gaming as a second job, superstitions flourish and a player’s suspected offline identity can be a matter of virtual life and death. Moreover, virtual worlds contain a host of unique psychological tools for controlling how we think and behave.

Drawing from player narratives, psychological experiments and analysis of game server data, this is a book about gnomes falling in love, superstitious pigeons, how a community changes when computer city guards give out directions, and ultimately, what it means to be human in a digital world.

The Spirit of the Text by David Bentley Hart

David Bentley Hart, one of our most celebrated writers on religion, has undertaken a huge task to offer us…