As a homage to the wonderful Henri Matisse exhibition at Tate Modern this summer, we’re revisiting some of our favourite books that showcase Matisse’s work alongside that of his contemporaries. 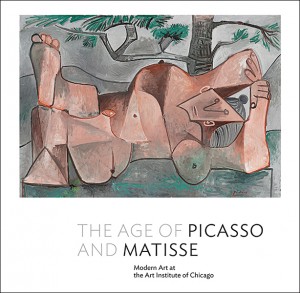 The Age of Picasso and Matisse

Available August 2014 The Age of Picasso and Matisse features over 130 remarkable pieces collected by the Art Institute of Chicago. With sections on Expressionism, Cubism, Dada, Abstraction and Surrealism it showcases master-works by artists such as Brancusi, Chagall, Kandinsky, Leger, Matisse and Picasso. Demonstrating the shifting visual landscapes of avant-garde art movements, it reveals how a new precedent was set for those working in North America and Europe alike.  Stephanie D’Alessandro is the Gary C. and Frances Comer Curator of Modern Art; Renee DeVoe Mertz is a research associate. Both are in the department of medieval to modern European painting and sculpture at the Art Institute of Chicago. 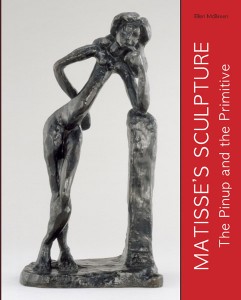 Matisse’s Sculpture: The Pinup and the Primitive 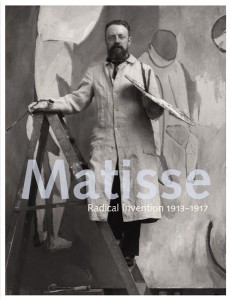 Matisse: Radical Reinvention is the first book to offer a sustained examination of Matisse’s work from 1913-1917 offering evaluations of method, technique and compositional choice. It shows a more demanding, experimental and enigmatic way of understanding form, with some work that is purged of nearly all descriptive detail. Abstracted and symbolic forms show how Matisse’s work moved with the historical, technical and scientific advances of the era. It features in-depth studies of individual works such as ‘Bathers by a River’ and ‘The Moroccans’, which Matisse himself counted as among the most pivotal of his career. Stephanie D’Alessandro is the Gary C. and Frances Comer Curator of Modern Art at the Art Institute of Chicago. John Elderfield is the Chief Curator Emeritus of Painting and Sculpture at the Museum of Modern Art. 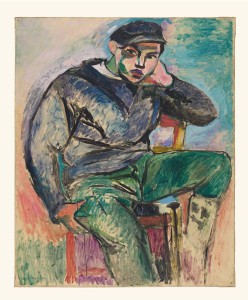 Matisse: In Search of True Painting

As part of an ongoing dialogue with his earlier works, Matisse continually questioned himself and his methods. He described this process as pushing ‘further and deeper into true painting’. Looking at 60 works that span more than five decades, prominent Matisse scholars from both the US and Europe have produced a series of concise chapters charting this very operation. New, and often radical answers to such problems such as how to portray light, handle paint, select colours and manipulate perspective are discussed, alongside technical studies. Matisse: In Search of True Painting traces the path by which Matisse becomes himself. Rebecca Rabinow is curator in the department of modern and contemporary art at The Metropolitan Museum of Art. Dorthe Aagesen is curator and senior researcher in the department of painting and sculpture at the Statens Museum for Kunst. 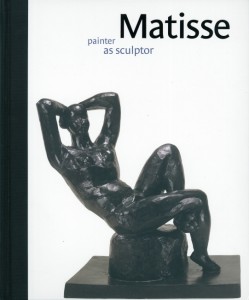 This book showcases Matisse’s fascinating artistic process, investigating the connection between his 2D and 3D work. Far from only being successful with regards to painting, Matisse was also a talented sculptor and sketcher. Painter As Sculptor looks into artistic method whilst surveying Matisse’s life work. His sculptures and paintings are also contextualised in the late 19th and early 20th century, with comparisons with his contemporaries remaining a key part of understanding his career. The use of Constantin Brancusi, Paul Cezanne, Alberto Giacometti, Jacques Lipschitz and Auguste Rodin’s works raise important questions about influence, affinity, and the meaning of Matisse’s connection to modernism.  Ann Boulton is Objects Conservator at The Baltimore Museum of Art. 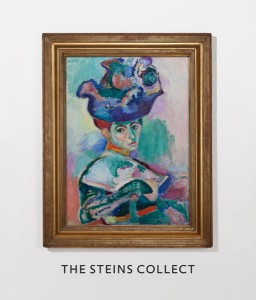 The Steins Collect: Matisse, Picasso and the Parisian Avant-garde

The Steins Collect exhibits the work of American expatriates in Paris, led by the world renowned writer Gertrude Stein, her brothers Leo and Michael, and Michael’s wife Sarah. They hosted Saturday evening salons for writers, artists, musicians and collectors which facilitated the development of art as we know it today. With the help of over 600 images, this book shows how artists of the the early 20th Century shaped the European cultural landscape. The enduring influence of artists such as Picasso and Matisse is clear, and their unparalleled holdings in modernist work means their legacy remains one of the most important of the early 20th century. The Steins Collect not only reveals the artistic prescience of this innovative family and their important patronage, but also traces how they created a new international standard of taste for modern art.  Janet Bishop is curator of painting and sculpture at the San Francisco Museum of Modern Art.  You can browse more Yale art books on 20th century masters here

The theme for this month’s Staff Pick is inspiring people.  Read on for recommendations from Yale University Press…