On the morning of 28 June, one hundred years ago, Archduke Franz Ferdinand disembarked from his train at Sarajevo and got in a motorcade headed for the military barracks. At 10.00 am the convoy left the barracks and made for the town hall, where the Mayor of Sarajevo was to make a speech. By 11:30am Franz and his wife Sophie were both dead, assassinated by Gavrilo Princip. The 28th of June was  their 14th wedding anniversary.

‘I am a Yugoslav nationalist, aiming for the unification of all Yugoslavs, and I do not care what form of state, but it must be free from Austria.’ – Gavrilo Princip, during his trial

Franz Ferdinand’s death is often cited as the spark which ignited the explosive mix of nationalism, militarism and imperialism that had swept through Europe in the years preceding 1914. And while many historians have emphasised the futile nature of the war that followed, others have recognised that the events of the First World War played an essential part in the construction of a peaceful new order on a global scale. In The Great War for Peace,  historian and author William Mulligan examines the ways in which the experience of the First World War reinforced humanitarian concerns in political life and focused attention on building a better and more peaceful world order. In this, the first of four extracts we will share from the book over the coming weeks, Mulligan looks at the assassination within the wider context of the European political system.

The assassination of the Archduke was significant because of when it happened. In June 1914 the international order had deteriorated to such an extent that it was no longer capable of accommodating the different interests of the great powers. Leaders in Vienna and St Petersburg had already lost confidence in the international order by early 1914. The breakdown of the Anglo-German détente in May and June 1914 meant that the great powers lacked the diplomatic capacity to resolve the July crisis peaceably. The breakdown of détente was the crucial shift in the international system that separated Nicolson’s optimism in continued peace from a general European war. Once détente broke down, German leaders, most notably Chancellor Bethmann Hollweg, considered that only robust support of Austria-Hungary could protect German security. By June 1914 three powers – Austria-Hungary, Russia, and Germany – were pursuing an aggressive defence of their vital national interests. That decision-makers believed that defensive aims could only be achieved through aggressive measures demonstrated the collapse of any meaningful system of peace between the great powers before the assassination of the Archduke. Moreover, it is important to appreciate the emphasis on the defensive intentions of policy-makers in the summer of 1914, because the notion of a defensive war became central to the moral debate about the origins and purpose of the conflict.

So when Gavrilo Princip, a Bosnian Serb, shot and killed Franz Ferdinand and his pregnant wife, Sophie, on 28 June, there were no diplomatic resources with which to prevent the outbreak of war. What type of war – local, European, or world war – would result from the crisis remained an open question in late June. When Raymond Poincaré, the French president, was told of the assassination, he simply turned back to watch the horse-racing at Longchamps. Albert Hopman, a senior official in the German Admiralty, was having dinner with British sailors when he heard of the murder, ‘whose political consequences are unforeseeable’.  The murder was a ‘world-historical event’, noted Josef Redlich, the Austrian liberal and Anglophile, in his diary. Yet the only lesson he derived on 28 June was the impossibility of coexistence between Austria-Hungary and Balkan nationalisms.  The choices made in Vienna and Berlin, then in St Petersburg and Paris, then again in Berlin, and finally in London reveal a complex interaction of diplomatic moves and geopolitical expectations. Diplomatic moves were also heavily freighted with moral judgements.

Berchtold was on his estate in Buchlau when he received news of the assassination. He rushed back to Vienna. Over the next few days, three positions emerged. ‘War, war, war’ urged Franz Conrad von Hötzendorff, Chief of the General Staff of the Habsburg Army, when he met Berchtold on the evening of 29 June. Conrad’s conception of war was rooted in a fatalistic view of the monarchy. The monarchy and army were doomed, in his opinion, yet it was necessary to wage a ‘hopeless struggle’ against Serbia and Russia because ‘such an ancient monarchy and a glorious army could not disappear ingloriously’. The purpose of the war, from this perspective, was to choreograph the preordained collapse of Austria-Hungary.  Berchtold also tended towards war against Serbia, but he wanted to secure German diplomatic support before undertaking any military measures. Failure to act, Berchtold argued, would be a fatal admission of Austro-Hungarian decrepitude, encouraging further attacks and ultimately ‘world war’. Berchtold hoped for a limited, localized war that would ensure the monarchy’s survival. The final position was represented by the Hungarian prime minister, Stjepan Tisza. He wanted to exploit the crisis to score a decisive diplomatic success by improving relations with Bulgaria and Romania and isolating Serbia as an outlaw state. Launching a war against Serbia would make Austria-Hungary the guilty party in European eyes.

The moral dimension of the crisis was important to policy-makers in Vienna. Partly from conviction and partly from tactical considerations, they conceived of their response as a defence of the peace of Europe against criminals. Punishment of Serbia went beyond a narrow defence of the state’s interest. The immediate origins of the moral arguments, so central to war cultures in Europe, were cast in Vienna in early July.  At stake in this crisis were the definition and protection of European values. Berchtold spoke of exploiting the ‘immediate impression of the loathsome murder on Europe’s public opinion’. Oskar von Montlong, the head of the Press Bureau at the Ministry of Foreign Affairs, told the editor of the Reichspost, Friedrich Funder, that the response was ‘about the existence or not of the monarchy. . . . We have no plans for conquest, we only want to punish the criminals, and to protect the peace of Europe in the future against such crimes.’  Legal and judicial terms – atrocity, murder, criminal, and investigation – seeped into Austria-Hungary’s diplomatic language. Berchtold and others arrogated to themselves the role of judge and ultimately executioner. They had already pronounced a guilty verdict on the Serbian state, which had placed itself outside Europe and deserved none of the normal courtesies extended to a sovereign state.

Extract taken from Chapter 3, ‘The End of Civilisation, 1914’ of The Great War for Peace by William Mulligan 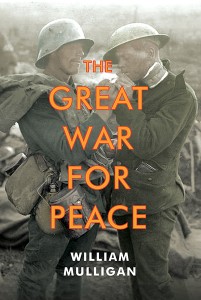 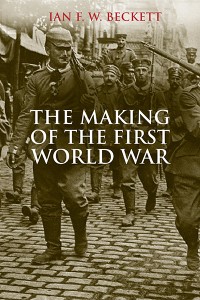 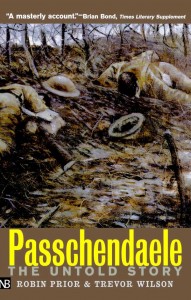 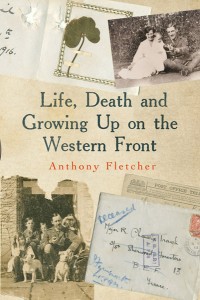