Today marks the 700th anniversary of the Battle of Bannockburn, a decisive moment for Scottish national identity, and an event worth revisiting in the run up to the independence referendum on the 18th of September.

To mark this major anniversary of the Battle of Bannockburn, YaleBooks presents an excerpt from David Cornell’s Bannockburn, an involving narrative history which places the iconic battle within a political and military context and vividly evokes the carnage of a medieval battle where two thirds of the English infantry were slaughtered. In this extract, Dr Cornell relates Robert the Bruce’s victory in single combat against the English knight Henry de Bohun, an omen of what was in store for the English.

It is not clear who saw whom first. Concealed near the entry to the New Park was the Scottish rearguard commanded by Robert Bruce. As the English vanguard advanced towards his position, Bruce had begun to prepare his division to face the enemy. Despite his status he did not ride a great destrier, but rather a more humble palfrey, a horse more suited to the woodland in which he was based. The most striking mark of his status was the crown that he wore. This crown sat atop a protective hat of leather, or cuir bouilli, which in turn surmounted a bacinet. In his hand Bruce clutched a war-axe, and it was this that he wielded as he set about organising the rearguard.On a palfrey, axe in hand and a crown upon his head, Bruce would have cut a remarkably distinctive figure even amongst the distorting shadows of the thick woodland. It was standard practice that he should do so. The figure of a commander, and in particular of a king, was intended to stand out among an army, his conspicuous presence a powerful means of bolstering the morale of his troops. However, such a presence also served to single out a commander by offering the enemy a target that was frequently too tempting to resist. Two versions exist as to what happened next. According to Barbour, de Bohun suddenly glimpsed through the trees the particularly eye-catching figure of Bruce. Preoccupied in arranging his division, Bruce was unaware of the English knight’s presence. De Bohun immediately seized this opportunity for glory. He spurred his mount and charged at Bruce. The first Bruce knew of de Bohun’s approach was the heavy thunder of hooves. Bruce turned his palfrey to meet the threat and, realising that de Bohun was alone, held his ground. When de Bohun saw that Bruce was prepared to face him, he dug in his spurs and increased the thunderous pace of his charge. He lowered his lance into the couched position ready to strike. The trees whipped past. Rapidly he bore down on Bruce. With his full weight behind the lance, he aimed it straight at his unmoving enemy. As the razor-sharp tip rushed towards him, Bruce twisted away and the lance shot past its target. In a single swift and fluid motion Bruce raised himself upwards and, standing in his stirrups, brought his axe round in a powerful, curving blow. The momentum of de Bohun’s charge carried him straight into the arcing axe-head. Its sickening impact sliced clean through de Bohun’s bacinet and cleaved deep into his skull, killing him instantly. Such was the ferocity of the blow that the axe-head snapped from its haft and remained buried in de Bohun’s skull as the lifeless body of the young English knight slipped from the saddle and tumbled heavily to the ground.

The death of de Bohun was spectacularly brutal. With the passage of time it has come to be portrayed as a celebrated heroic encounter between two notable opponents, reminiscent of the chivalric duel of champions which ceremonially preceded several medieval battles. In reality, for both Bruce and de Bohun, it was an appallingly desperate encounter which only one man would survive. The Scottish lords who witnessed it were in no doubt as to its being wildly risky. They were not ignorant of the fact that the one killed could so easily have been Bruce. In fact, the lords were so unnerved that later they openly censured Bruce, for they ‘blamed him greatly, for putting himself at risk in meeting so hardy and strong a knight, equipped as he was then seen’. Bruce brushed off their criticisms, downplaying the gravity of what had happened by instead lamenting the loss of his axe.Yet the lords knew that the death of Bruce would also have been the death of their cause.

Taken from ‘Playing with Fire’, chapter 11 of Bannockburn: The Triumph of Robert the Bruce
by David Cornell – newly available in paperback. 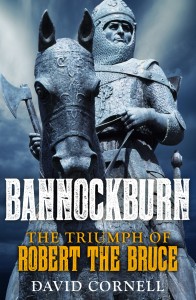 More information about events marking the anniversary of Bannockburn can be found here. 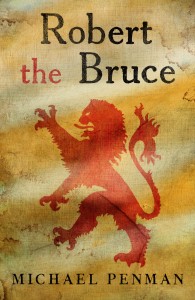 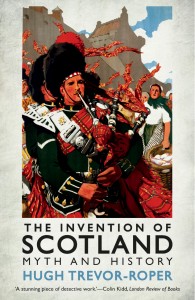