June 21st is the summer solstice, the longest day of the year. It is also the one day of the year that Stonehenge is open to the public free of charge, with Druids, Neo-Pagans, Wiccans and good old fashioned tourists descending on the monument to greet the rising sun on the longest day. The festival has become increasingly popular in recent years, with over 20,000 people attending in 2005. Stonehenge is astronomically aligned, so that on the solstice the sun rises above the Heel Stone to the east with the rays hitting the Altar Stone in the centre of the circle, an astonishing feat for a site constructed using only simple tools almost 5000 years ago. Although the purpose of Stonehenge is still a matter of debate, Ronald Hutton, a leading expert on the history of paganism and author of Pagan Britain, prefers to see the site as an icon of spirituality that different generations have used as a vehicle for their own beliefs. In celebration of Midsummer’s Day, and in advance of Hutton’s talk on Stonehenge at the Chalke Valley History Festival on the 25th June, we have selected an extract from Pagan Britain, in which the author explores the unique and continuing significance of this ancient landmark:

The Late Neolithic and Early Bronze Age: The Time of the Sacred Circle

Stonehenge: it is  not merely a product of prehistory but an icon of cultural history in itself, with a continuous record of admiration and investigation going back almost nine centuries before the present, long before most of the other relics of ancient Britain began to be given attention.

This pre-eminence has been due to three different factors. The first is that the appearance of Stonehenge is unique, representing a lone experiment in working stone as if it were wood, with the planning and smoothing of surfaces and the making of classic carpenters’ joints. Probably, the wooden building that it copied was the southern circle inside Durrington Walls which was the same size. The result is the famous settings of three stones joined like doorways with jambs and lintels (or, in more brutal times, like a gibbet to hang criminals, which is what a ‘henge’ originally meant in medieval English). They make a logo or brand symbol, instantly recognizable. Its second reason for fame is its accessibility, in the heartland of a leading modern nation. By the 1840s the main London to Exeter highway had been built right past it, and it has since been contained within a junction of arterial roads, the removal or reduction of which is a major current project of heritage managers trying to improve presentation of the site: English Heritage is responsible for the stones themselves, but the National Trust for the surrounding land, and once more local and highway authorities are involved in any developments. The third factor in its importance is the element of mystery: from the publication of the first major survey of British antiquities by William Camden in the reign of Elizabeth I, books on Stonehenge have emphasized the lack of a generally agreed explanation of its purpose. It has been accepted as possessing some kind of ritual significance, but the nature of that remains open. This in turn has encouraged individuals to produce self-proclaimed ‘breakthrough’ hypotheses, which have achieved celebrity at particular periods. The most successful to date has been that of Geoffrey of Monmouth, published in the twelfth century – that it was a war memorial constructed by the wizard Merlin – which was dominant for about five hundred years. In the 1740s William Stukeley proclaimed it a temple of the Druids, an idea which achieved pre-eminence for one century and remained popular for another. During the twentieth century, when it was firmly dated to the Late Neolithic and Early Bronze Age, the element of mystery was stressed still further and has enabled the monument to function as a people’s temple, apparently outside the power of learned archaeologists and historians to appropriate and explain, in which anybody is free to see what she or he wills. This populism is exemplified by the custom of crowds of ordinary people gathering at the stones to witness the midsummer sunrise. This developed spontaneously around 1870 when transport improvements made access easier; Stonehenge attracted thousands by the 1890s, and this has continued, subject to fluctuations in popularity and official tolerance, ever since.

For centuries, Stonehenge has effectively functioned, even more intensively and effectively than other relics of prehistory, as a mirror in which modern people can reflect and justify their own prejudices, ideals and expectations. Those who find their own time, and society, wanting have seen in it the work of ancestors of a superior knowledge and morality. Those who preach the creed of progress, or their own religion, or else the folly of religion in general, have filled it in their imagination with gory, barbaric and orgiastic ancient rites. In the 2000s it became, uniquely, the focus of two different projects of investigation, equally well funded and led by equally distinguished archaeologists. The result was a complete, if good-natured, disagreement. To Timothy Darvill and Geoff Wainwright, who led the SPACES Project, it was a place of healing, the stones being believed to possess magical curative properties which attracted pilgrims seeking relief. The Stonehenge Riverside Project adopted the theory of Mike Parker Pearson and Ramilisonina, two of its leading members, that timber symbolized the living and stone the dead. In their eyes, Stonehenge was a shrine to the ancestors, visited at special seasonal times in order to honour them, after the parties and pig roasts at Durrington Walls, the place of timber, and life. 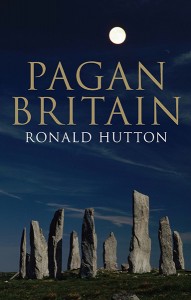 Also available by the same author: 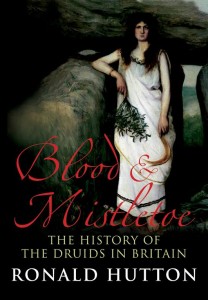