The touring  exhibition ‘Swedish Wooden Toys’ debuts in Paris on the 18th June at the Musée des Arts Décoratifs, showcasing colourful, quality wooden items that reflect Scandinavian design and craft traditions at their finest. This exhibition highlights the social value of toys, whilst addressing the creation of a national identity, and helping define what it means to have a traditional Swedish childhood. Designs such as rattles, full-size rocking horses, dollshouses; building blocks to skis and sleds; and table top games with intricate moving parts, demonstrate the value of maintaining traditions of craft manufacturing in an era of mass production.
After Paris, the exhibition will move to the Bard Graduate Center in March 2015, and finally to Stockholm in the Summer of 2015.

You can read more about Swedish wooden toy innovation in the catalogue Swedish Wooden Toys that accompanies the show. This superbly illustrated book, including specially commissioned photography, looks at over 100 years of Swedish toys, from historic heirlooms to the latest in design and educational value. Special attention is given to educational toys and their social value, as well as to individual manufacturing companies with famous names such as Brio and Lundby. The catalogue is edited by Amy F. Ogata, associate professor of 19th- and 20th-century architectural and design history at Bard Graduate Center, Susan Weber, founder and director of the Bard Graduate Center and Iris Horowitz, Professor in the History of the Decorative Arts.

The catalogue features chapters on:

1. Swedish Childhoods from the Era of Great Power to the Welfare State by Bengt Sandin
2. Depicting Swedish Children and Toys by Helena Lundin
3. Wooden Toy Manufacturing in Sweden by Peter Pluntky
4. Brio: The Brothers Invarsson in Osby by Solveig Nordh
5. The Wooden Horse that Became a National Symbol by Rune Bondjers
6. Dollhouses and Miniatures in Sweden by Birgitta Lindencrona
7. Playing and Learning: Wooden Educational Toys in Sweden by Amy F. Ogata
8. Sleds, Skis, and Ice Skates: Winter Sports Equipment for Children in Sweden 1850–1960 by Susan Weber
9. Selling Toys, Selling Ideas: Retailers, Producers, and Politics by Hedvig Hedqvist
10. Designing Wooden Toys in the Age of the Technological Imagination by Nina Stritzler- Levine
11. Children and Toys in Swedish Photographs by Maria Cristina Biagi and Emma Marconcini 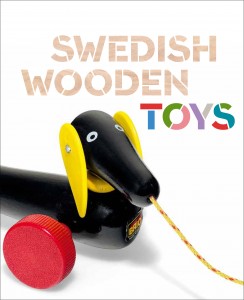 As a homage to the wonderful Henri Matisse exhibition at Tate Modern this summer, we’re revisiting some of our favourite…