Did Dido Elizabeth Belle – the illegitimate child of John Lindsay, a Royal Navy captain, and an African slave – influence the outcome of the Zong trial, and Lord Mansfield’s decision to side with insurers to refute the notion of slaves as ‘disposable cargo’? The new Amma Asante movie Belle makes just this case. Taking as it’s starting point a painting attributed to Johan Zoffany commissioned by Lord Chief Justice Mansfield, we are brought a depiction of the burgeoning abolition movement in Britain. The painting portrays his two nieces, Elizabeth Murray and Dido Belle, both implicated in the family’s struggle against the status quo.

In his book about the Zong massacre, historian James Walvin pairs his history with another famous painting – J.M.W. Turner’s ‘The Slave Ship‘ – which forms part of our understanding of the slave trade during this period. On November 29, 1781, Captain Collingwood of the British ship Zong commanded his crew to throw overboard one-third of his cargo, a shipment of Africans bound for slavery in America. The captain believed his ship was off course, and he feared there was not enough drinking water to last until landfall. What ensued was a lawsuit, widespread debate and fresh engagement with Britain’s awakening abolition movement.

In the Yale London office we are particularly excited about the release of Belle because the filming happened right outside the office door in Bedford Square. You can listen to author James Walvin in conversation with Gugu Mbatha-Raw, the actress who plays Belle, on BBC Radio Woman’s Hour. 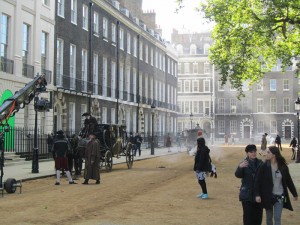 Extract from the introduction to The Zong by James Walvin

The consequences of the Zong affair were enormous. The very name – the Zong – quickly entered the demonology of Atlantic slavery, and came to represent the depravity and heartless violence of the entire slave system. The legal and political arguments about the Zong inevitably spawned an abundance of contemporary paperwork: legal documents, press coverage, contemporary commentaries, shipping records, correspondence. But we have no surviving picture of that ship. One painting, however, has, over the years, come to be closely associated with the Zong. Indeed scholars from various disciplines have, mistakenly, accepted that the painting was directly inspired by that tragic ship. Today, if anyone wishes to use a visual representation of the Zong, they are very likely to turn to J.M.W. Turner’s masterpiece The Slave Ship, with its haunting portrayal of black bodies drowning beside a ship threatened by a looming storm.

Turner’s painting, first exhibited in London in 1840, poses troubling questions about what it depicts, as well as why it was painted. Why kill Africans at sea when the sole aim of the slave trade was to sell them for a profit in the markets of the Americas? Why did Turner decide to paint this picture thirty-three years after the British had abolished the slave trade in 1807, when by all rights it should have been a fading memory? And further, why do scholars and others continue to regard this picture as representative of the slave trade itself, when in fact it portrays, not a profitable commerce in humanity, but its very opposite: the calculated killing of Africans at sea?

For all that, The Slave Ship remains an astonishing artistic achievement, and to scrutinise the painting at close hand is to be confronted by the realities of the Atlantic slave ships. Legions of people must have seen copies of Turner’s painting in one form or another, and even in a poor reproduction it remains a remarkable image. But to study the original painting, in Boston’s Museum of Fine Arts, came as something of a shock. For a start, it is small, measuring only three feet by four feet, and on the day I spent in its company, it was sharing an exhibition wall with another painting. I had fully expected it to have a wall of its own, to offer an uncluttered assertion of Turner’s genius, as well as to testify to the appalling importance of its subject matter. I had wanted it to hang alone, if only to confirm its centrality in my own imagination. During the time I had been working this book, I had turned time and again to this particular painting. Like many others I assumed – and was led to believe by what I read – that The Slave Ship was indeed the Zong itself. I even had a postcard of the painting on my desk as I wrote this book. But my mind’s eye had always conjured forth a very different image from the reality facing me in Boston. I had expected – hoped – to see an immense painting, primarily (I suspect) because of the enormity of the subject matter. If ever there was a subject that demanded a significant physical presence, this was it. The Slave Ship was not at all what I wanted.

Still, nothing could minimise the painting’s impressiveness and impact – notwithstanding its size. I stood before it much longer than I had for any other painting, occasionally moving left and right, closer or further away, all the while negotiating the crowds flowing through the astonishing treasures housed in the gallery. I broke away to visit other exhibits, then returned, later in the day, to look at it again, and to renew acquaintance with what had become a horrible fascination. It is, after all, a painting which tells a terrible story.

Turner’s Slavers Throwing Overboard the Dead and Dying (better known as The Slave Ship) is one of his finest, perhaps even the finest of his paintings. It is a dazzling picture, filledwith mesmeric confusions, images and colours. The painting is a mosaic of perplexing issues. At times it is hard to see whatTurner is trying to convey, though the picture’s basic componentsseem clear enough. There is a sailing ship in the distance,about to be engulfed by a typhoon. In the foreground, blackpeople are drowning in a turbulent ocean. In one corner thereis a confusion of fish, birds, limbs – and chains. The wholeseems a clutter of almost surreal confusion, with shackles and chains appearing to defy physical laws, rising above the waves instead of sinking to the ocean bed. And what are those outstretched arms and hands? A final despairing wave from wretches doomed to a terrible fate? The fishes’ staring eyes seem to gawp at the viewer, as they home in to feast on a fettered leg, while hungry seagulls flap above the human and watery mayhem, ready to pounce on whatever scraps of flesh the fish might miss.

Dominating everything – almost splitting the painting down the middle – is a dazzling sunset which ignites the entire ghastly scene. It is a vista of oceanic suffering; of dying humanity, unseen except for beseeching hands and one severed leg, soon to be devoured. This is a world of grotesque imagination, so vile in its detail that it almost beggars belief. Yet Turner’s portrayal is far from imaginary. Africans had indeed been thrown to their deaths from Atlantic slave ships, most infamously (but, as we shall see, not only) in 1781 from the Liverpool-registered Zong. Turner’s painting of 1840 is also a reminder of another, less well-known issue: that the Atlantic slave trade continued despite the Anglo-American abolitions of 1807 and 1808, and that enslaved Africans remained victim to periodic acts of atrocity on those later clandestine foreign vessels.

Taken from ‘A painting and a slave ship’, chapter 1 of The Zong by James Walvin 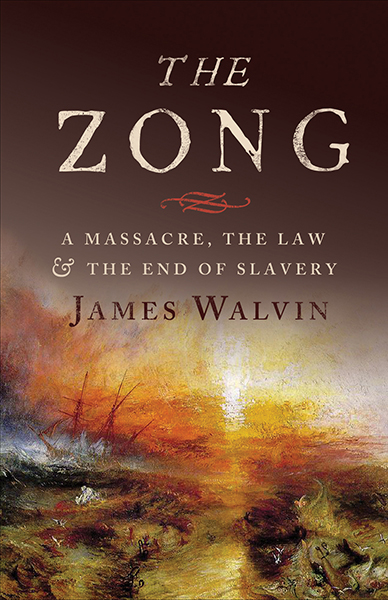 The Zong: A Massacre, the Law and the End of Slavery by James Walvin is available from Yale

Belle is released in the UK on 13 June

The Ship of Death by Billy G. Smith

My Bondage and My Freedom by Frederick Douglass, David W. Blight 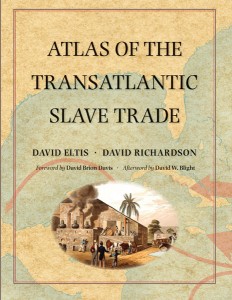 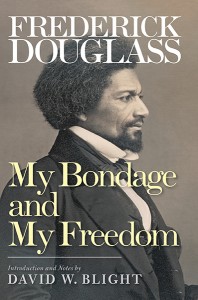 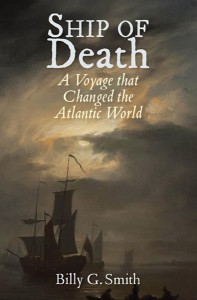 ‘The Progress of Love’. Extract from ‘Love and Africa’ essay by Kristina Van Dyke