During Medieval times, the Black Death wiped out one-fifth of the world’s population. Four centuries later, in 1665, the plague returned with a vengeance, cutting a long and deadly swathe through the British Isles. Though the murderous contagion eventually came to be known as the Great Plague of London, the devastation it wrought on England’s smaller towns was in many ways even more terrible. In this intimate history of the extraordinary pandemic, author Evelyn Lord focuses on Cambridge, where every death was a singular blow affecting the entire community. Lord’s fascinating reconstruction of life during plague times presents the personal experiences of a wide range of individuals, from historical notables Samuel Pepys and Isaac Newton to common folk who tilled the land and ran the shops. She brings this dark era to vivid life through stories of loss and survival from those who grieved, those who fled, and those who hid to await their fate.

In this extract from the first chapter of The Great Plague: A People’s History, Evelyn Lord sets the scene in seventeenth century Cambridge as the Black Death began to appear.

The Black Horse of the Apocalypse and its Pale Rider

On 25 July 1665 five-year-old John Morley of Holy Trinity parish in Cambridge died. On his chest were found black spots, tokens of the plague. His little brother, who had sat on a stool round-eyed and fearful watching him, also had spots on his face: he was swept from his mother’s arms by men dressed in white robes and taken away. He died in the pest house on 5 August 1665, and the distraught parents were shut up in their house with a red cross painted on the door and the words ‘Lord Have Mercy on Us’ written below it. In Cambridge, the nightmare had begun.

Although the inhabitants of Cambridge might have basked in the summer sun of 1665, at the back of their minds was the unspoken fear of plague. A pestilence that spread through a community like wildfire as the Black Horse of the Apocalypse with its pale rider picked off its victims. People died from painful tumours in the armpit and groin, from deadly fevers and blood poisoning. There was no known cure, and many saw the pestilence as heralding the end of the world as towns and villages were deserted and the dead lay in the streets with no one left to bury them.

The Black Death as it later became known was first seen in England in July 1348, when a ship carrying infected sailors docked at Melcombe Regis in Dorset. By April 1349 the plague was in Cambridge. But by 1350 plague deaths ceased, and the country breathed a collective sigh of relief. The crisis was over and life could get back to normal, or as normal as it could be when houses stood empty, fields lay untilled, there were gaps in the tavern, and familiar faces missing from the pumps where women met to draw water and do their washing.

In Cambridge work started on three new colleges to train men for priesthood and replace those who had died in the plague. Bishop Bateman of Norwich founded Trinity Hall and completed Gonville Hall, and in 1352 Corpus Christi College was founded by the town’s gilds and their patron John of Gaunt, Duke of Lancaster. For a time there was full employment in the town, more scholars arrived at the university, there was enough food for everyone, and widows and widowers, agreeing that it was better to share life, remarried. This time of reconstruction was not to last, however, and the plague returned to the town in 1361. It was to reappear in every century of the millennium. In 1447 Henry VI cancelled a visit to Cambridge to lay the foundation stone of King’s College because ‘of the air of pestilence which has long reigned in our said university’, and in 1511 the humanist scholar Erasmus left London because of the plague and was trapped in Cambridge until 1513 ‘in the midst of pestilence and hemmed in by robbers’.

When plague appeared in the town, the university suspended lectures and sent the students away. Stourbridge Fair, held on the outskirts of Cambridge, was cancelled by royal proclamation, all entertainment was banned and the social and economic life of the town was severely disrupted. In the seventeenth century if rumours of plague in London reached Cambridge, the town tried to isolated itself and forbade all contact with the capital. On 9 July 1625 Mr Mead of Christ’s College, Cambridge wrote to Sir Martin Stuteville in London, ‘It grows very dangerous on both sides to continue intercourse by letter, not knowing what hands they pass through. Our Hobson and others have been forbidden to go to London.’ He added, ‘Blessed be to God, we are yet well at Cambridge.’ He was too optimistic; on 28 August 1625 the mayor’s fest was cancelled because of the plague, and on 20 October all sermons and public assemblies were banned.

The Hobson mentioned in the letter was Thomas Hobson, the university carrier, livery stable keeper, town benefactor and one of seventeenth-century Cambridge’s more colourful characters. This is the Hobson of ‘Hobson’s Choice’, taken from the practice of hiring out his horses in strict rotation and not allowing his customers to choose, regardless of whether the next horse on the rota was an elderly nag or a spirited young blood too frisky for the customer to control.

Thomas Hobson took over the carrier’s business in 1568 and soon proved to be an adept businessman, expanding the business so that a fleet of his carts carried goods, passengers, letters and packages as well as the university’s mail and parcels between Cambridge and London. As his business grew so did his wealth, and he began to invest in property in Cambridge and in the surrounding countryside, including Anglesey Abbey, and land in Cottenham and Waterbeach. In 1628 he conveyed land in St Andre’s Street in Cambridge to the town and the university, and provided money to build and equip a workhouse for poor women, which became known as the Spinning House. He also paid for a conduit into the Market Place into which pure spring water flowed from Trumpington Nine Wells. This was part of a scheme jointly designed by the town and the university to have a flow of fresh water through the streets to cleanse and town and, it was hoped, prevent further outbreaks of disease. (The flow of water can still be seen in Trumpington Street and Lensfield Road.)

Hobson died during the plague outbreak, but not of the plague. The poet John Milton who was studying at Christ’s College at the time thought it was became Hobson could not stand the inaction when forbidden to travel to London, and dedicated a poem to him, ‘On the University Carrier Who Sickened in the Time of His Vacancy, being Forbid to go to London, by Reason of the Plague’.

Prior to 1665 the worst outbreak of plague Cambridge had experienced occurred in 1630 and 1631. This was within living memory of many people living in Cambridge in 1665, and others had been told about it by their parents or grandparents. Alderman Samuel Newton of Cambridge, who was to keep a diary from 1662 to 1717, was aged five during the 1630 outbreak and in his late teens during the plagues of 1642 and 1646 so he could remember what it was like to live in a town where pestilence stalked the streets. It was not surprising that, having endured 1665, when plague returned to the town in 1666 he upped sticks and moved his family to Waterbeach in the countryside.

Others heard of it from their parents or grandparents. They were told how people starved because the country folk were too frightened to bring their produce into town, and how daily hundreds of people trooped out of town to the fields to find grain. They were told how the university’s vice-chancellor Dr Butts tried to help the infected sick and the poor, giving them money and employing a German physician to minister to the sick in the pest house, and provided bedding and firing from his own purse. They were told how by May 1630 at least 222 people had died of the plague, and there were nearly 3,000 people on poor relief. 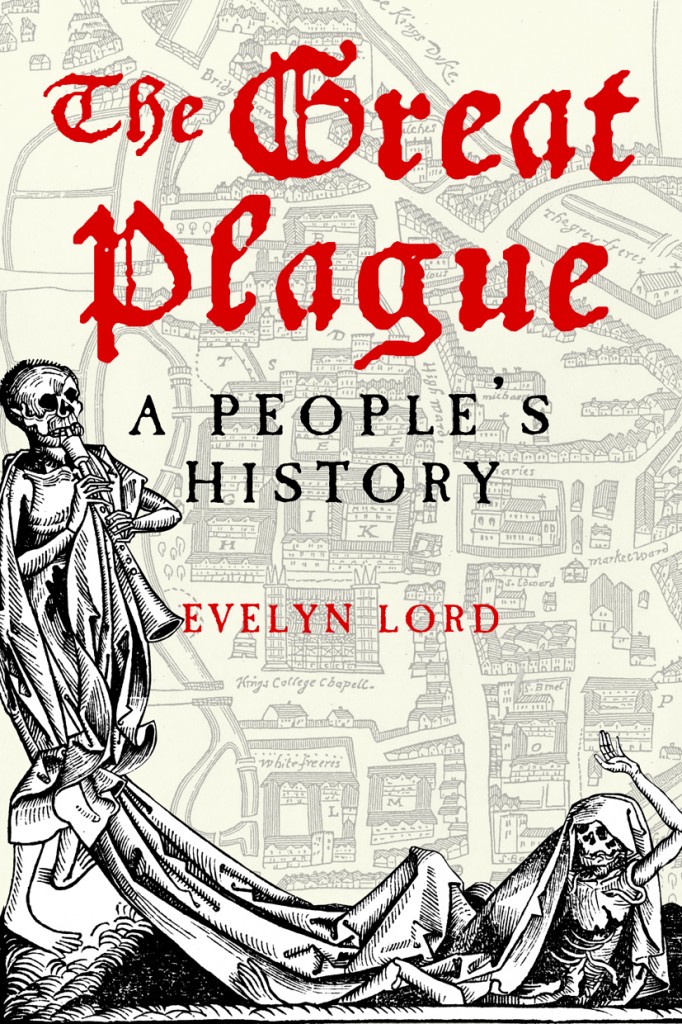 The Battle of Agincourt: Shakespeare

‘He that outlives this day, and comes safe home, Will stand a tip-toe when this day is nam’d,…