How to live in a supposedly faithless world threatened by religious fundamentalism? In Culture and the Death of God, formidable thinker and renowned cultural critic Terry Eagleton investigates the contradictions, difficulties and significance of the modern search for a replacement for God. Engaging with a phenomenally wide range of ideas, issues and thinkers from the Enlightenment to today, Eagleton discusses the state of religion before and after 9/11, the ironies surrounding Western capitalism’s part in spawning not only secularism but also fundamentalism, and the unsatisfactory surrogates for the Almighty invented in the post-Enlightenment era.

In this extract from Culture and the Death of God, Eagleton considers the limits of the Enlightenment and the foundations of a secular society.

The Limits of Enlightenment

Societies become secular not when they dispense with religion altogether, but when they are no longer especially agitated by it. In a British survey of 2011, 61 per cent of the respondents claimed to have a religion, but only 29 per cent of them claimed to be religious. Presumably they meant that they belonged to a religious group but were not especially zealous about the fact. As the wit remarked, it is when religion starts to interfere with your everyday life that it is time to give it up. In this, it has a certain affinity with alcohol. Another index of secularisation is when religious faith ceases to be vitally at stake in the political sphere, not just when church attendance plummets or Roman Catholics are mysteriously childless. This need not mean that religion becomes formally privatised, uncoupled from the political state; but even when it is not, it is effectively taken out of public ownership and dwindles to a kind of personal pastime, like breeding gerbils or collecting porcelain, with less and less resonance in the public world. In elegiac mood, Max Weber notes that in the modern era, ‘the ultimate and most sublime values have retreated from public life either into the transcendental realm of mystic life or into the brotherliness of direct and personal human relations’. It is as though the kingdom of God gives way to the Bloomsbury Group.

In this sense, religion follows the trajectory of art and sexuality, those other two major constituents of what one might call the symbolic sphere. They, too, tend to pass out of public ownership into private hands as the modern age unfolds. The art which once praised God, flattered a patron, entertained a monarch or celebrated the military exploits of the tribe is now for the most part a question of individual self-expression. Even if it is not confined to a garret, it does not typically conduct its business amidst the bustle of court, church, palace or public square. At the same time, Protestantism finds God in the inmost recesses of the individual life. It is when artists, like bishops, are unlikely to be hanged that we can be sure that modernity has set in. They do not matter enough for that. In England after 1688, the church-and-state settlement was such that religious disputes could be conducted for the most part without fear of political recrimination or loss of personal liberty. Ideas that might prove seditious in Paris could be freely aired in London. Religious fervour would pose no challenge to the foundations of the state. Pas de zéle was the watchword. Nor were religious sceptics inclined to act in a treasonable way. Hence the markedly non-militant character of the English Enlightenment, such as it was, which by and large remained comfortably ensconced within the social and political establishment.

Philosophically speaking, its background was empiricist rather than rationalist, Locke rather than Spinoza. It was the radical, semi-underground Enlightenment which would find its inspiration in the latter, while the mainstream culture of the so-called Glorious Revolution took its cue from the former. For a patrician Whig like the Earl of Shaftesbury, the deity was essentially an English gentleman. He was certainly not the curmudgeonly old fanatic worshipped by some ranting seventeenth-century plebeian foaming at the mouth, with what one commentator has dubbed the ‘psychopathy of enthusiasm’. They give the name of infidel to none but bankrupts’, Voltaire observed of the English. The same shyness of religious ardour exists in England today. One would not expect the Queen’s chaplain to inquire whether one had been washed in the blood of the Lamb.

The privatisation of the symbolic sphere is a strictly relative affair, not least if one thinks of the carious Victorian contentions over science and religion, the culture industry, the state regulation of sexuality and the like. Today, one of the most glaring refutations of the case that religion has vanished from public life is known as the United States. Late modernity (or postmodernity, if one prefers) takes some of these symbolic practices back into public ownership. This includes religion, which in the form of the various revivalisms and fundamentalisms becomes once more a political force to be reckoned with. The aesthetic, too, is reclaimed from the social margins to extend its influence over daily life. Sexuality also becomes political once more, not least in the shape of the women’s movement and the rise of militant sexual minorities. High modernity, by contrast, is marked by a divorce between the symbolic and the politico-economic, one which frees symbolic activities for new possibilities while relegating them to the sidelines. There is thus loss and gain at the same time. If the purity police no longer break down your bedroom door, it is partly because sexuality in an individualist culture is nobody’s business but your own.

The eighteenth-century Enlightenment in France, Germany, Holland and elsewhere in continental Europe was certainly agitated by questions of religious faith. As such, it was a continuation by more pacific means of the ferocious sectarian conflicts which had left the Continent torn and bleeding in the preceding centuries. Now, however, it was an issue of faith versus Reason rather than Catholic versus Protestant, a matter of polemics rather than pitched battles. It is a cliché of intellectual history that though the Enlightenment was much preoccupied with science, Nature, Reason, progress and social reconstruction, what lay closest to its heart was the subject which caused the most rancour and moral outrage, namely religion. Jonathan Israel maintains that the Enlightenment’s ‘chief preoccupation during its first century and a half, and the theme with which it was most preoccupied in print, was its relentless war on ecclesiastical authority, theological ways of viewing the world, and religion seen as an instrument of social and political organisation and oppression’…

– from Culture and the Death of God by Terry Eagleton. 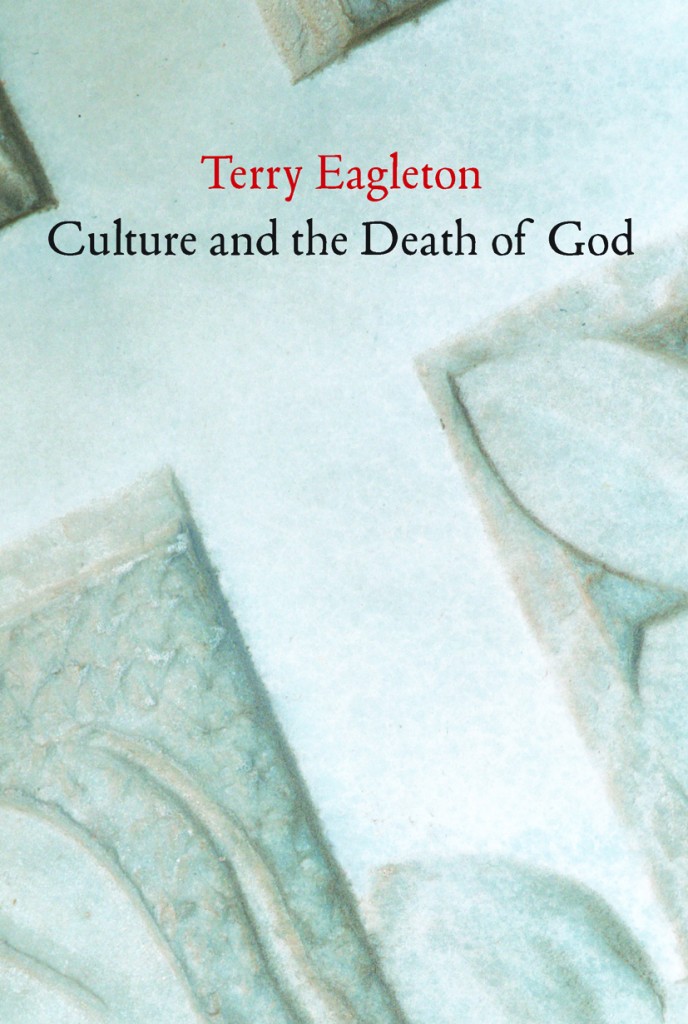 Buy ‘Culture and the Death of God’ by Terry Eagleton

Leonardo Live: Coming to a Cinema Near You

Leonardo Live gives those who missed the National Gallery’s amazing exhibition Leonardo da Vinci: Painter at the Court of…