The image of Winston Churchill as a statesman is familiar to all, the former soldier striding down blitzed streets with a defiant V for victory raised in the air. However, there existed another Churchill, one which has not been so readily adopted into the public’s perception of this Prime Minister. In this strikingly original book, award-winning author Jonathan Rose introduces a Winston Churchill we have not known before, the literary Churchill.

Rose presents an expansive literary biography and analysis of Churchill’s writings and their reception (he won the Nobel Prize for Literature in 1953 and was a best-selling author), and a chronicle of his dealings with publishers, editors, literary agents, and censors. The book also identifies an array of authors who shaped Churchill’s own writings and politics: George Bernard Shaw, H. G. Wells, Margaret Mitchell, George Orwell, Oscar Wilde, and many more. In this article, Jonathan Rose explains how he came to know the literary Churchill and considers why it’s so crucial to understand the artistic interests of world leaders.

“It was the spring of 2003, I was a visiting professor at Princeton University, and I could not think of a topic for my next book.  Princeton’s Firestone Library held the vast archives of Charles Scribner’s Sons, who had been Winston Churchill’s American publisher between the world wars, and it struck me that there might be something of interest in all those manila files.  There was quite a lot, in fact.  I had for some time worked in the academic field known as the history of the book, which involves studying the relationships of authors to their publishers, editors, literary agents, lawyers, critics, and readers.  Given that Churchill had been a tremendously successful writer – producing biographies, histories, reportage, political commentary, and an awful novel – I now had my subject and my methodology.

But as my research advanced, unexpected discoveries appeared and new routes of investigation opened up.  It became clear that there was no clear boundary between Churchill the statesman and Churchill the author.  His political agenda was driven by what he read and what he wrote.  His imperialism, his early advocacy of social welfare and prison reform, the Gallipoli disaster, his response to the Irish rebellion and the Russian Revolution, his hatred of dictators, his pigheaded opposition to Indian self-government, his quixotic defense of King Edward VIII, his changeable attitudes toward the atomic bomb (sometimes belligerent, sometimes pacific) – all were shaped by literary influences.

What’s more, I found that Churchill was a passionate theatergoer, and that explains a great deal.  In stark contrast to Neville Chamberlain and Clement Attlee, his oratorical style was flamboyantly performative, and owed much to Victorian melodrama.  The plays he saw and the books he read were scripts to be enacted on the political stage.  Churchill constructed his memoir of the Second World War like a gripping West End drama.  He was a brilliant playwright, even if he never actually wrote a play.  As Triumph of the Will makes obvious, Hitler was also a consummate actor – and in 1940 Churchill was the only world leader capable of upstaging him.

Before I went into academia, I had a professional acting career that lasted about 45 minutes.  (Those who can’t act, teach.)  So writing The Literary Churchill revived some old passions, including my undergraduate interest in Victorian drama and my dissertation year in London (when I ruthlessly exploited every opportunity for student rush theatre tickets).  In this book I had to straddle political history and theatre history, two fields that seemed wholly unrelated, and that’s exactly the kind of history I enjoy writing, where I can make unexpected connections.

The Churchill that emerges from this treatment is not the usual bulldoggish man with the big cigar.  He was artistic, passionately creative, always transcending conventions, never confined by standard ideological categories – in essence a bohemian who never outgrew his schoolboy rebelliousness.  He might have been more at home in Bloomsbury than in Westminster.  He certainly enjoyed salons with Lytton Strachey, and what he wrote was in some ways more subversive than Eminent Victorians.  I even detect in Churchill some uncanny anticipations of postmodernism, which suggest that he was an astonishingly original thinker – perhaps more so than the postmodernists.” 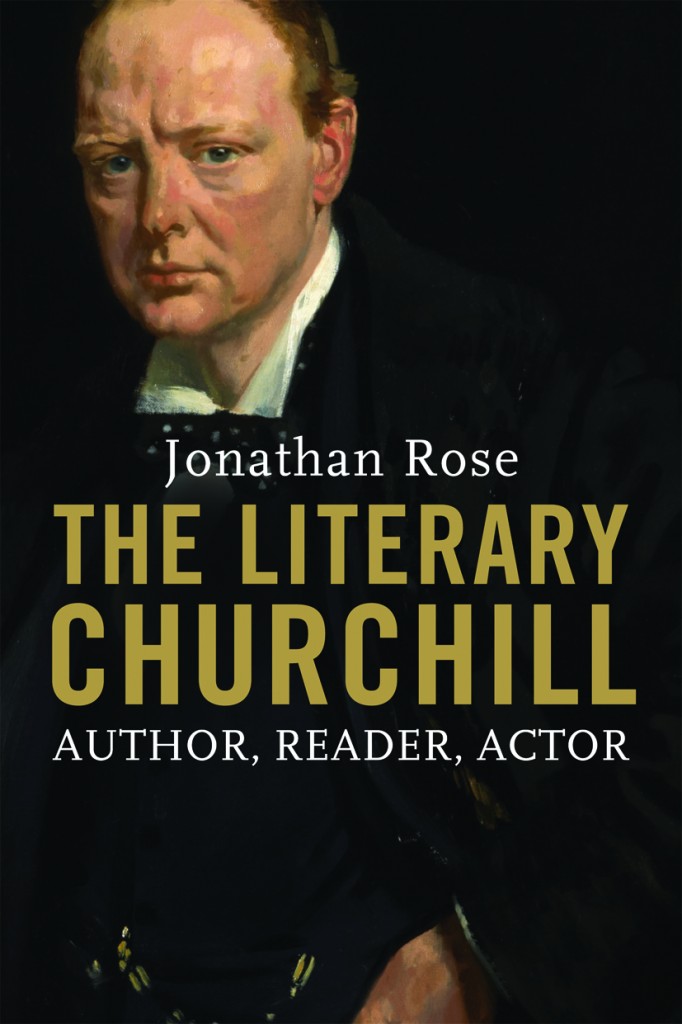 Starting on Thursday, 18 June, 2009, I’m going to attempt to post-blog the day-by-day British experience of military…