James McNeill Whistler shares his hometown of Lowell, Massachusetts with some unlikely characters. Not least among them literary iconoclast and pioneering beat generation writer Jack Kerouac.

Like the author of On the Road, Whistler is a figure who resists easy categorisation. The painter was a leading proponent of ‘art for art’s sake’, had a reputation as an eccentric and combative publicity seeker, and was as much renowned for his public feuds with Oscar Wilde and John Ruskin as for the iconic portrait of his mother. Daniel E Sutherland’s biography of the artist is the first in more than twenty years and also the first to make extensive use of Whister’s private correspondence to tell the story of his life and work. The Whistler revealed in these pages is an intense, introspective and complex man, plagued by self-doubt and haunted by an endless pursuit of perfection in his painting and drawing.

In this interview with Daniel E. Sutherland, the author describes how influential Whistler’s mother was in his development as a man and an artist.  The famous portrait of her displays an image of a passive woman worn with age, yet in the flesh Anna Whistler possessed an unshakeable determination that she passed on to her oldest son. This characteristic would inform his life and work, leading Whistler to become one of America’s most recognisable artists.

One of Whistler’s most famous paintings is of his mother – yet she famously destroyed some of his work. How did this pivotal relationship shape his life?

Whistler’s relationship with his mother is crucial for understanding him and many of the decisions he made during his life.  He revered his father but was only fourteen when George Washington Whistler died.  Even so, young Whistler had grown up in an age when middle-class mothers assumed most of the responsibility for the early rearing of a family’s children, boys and girls alike.  For instance, in religious matters, Anna Whistler, a devout Episcopalian, ruled at home.  The consequence was that young Whistler became steeped in the parables, lessons, and language of the Bible, so that, while shrugging off the forms and rituals of religious practice as an adult, he retained his knowledge of that book and the rhythms of its language.

Even more substantially, Whistler acquired much of his mother’s character.  Despite the enduring image of Anna, impressed upon us by her famous portrait, as a seemingly passive, even submissive, old lady, she had a fierce determination and an indelible independence that she transmitted to her eldest son.  Though less tactful and retiring than his mother, James Whistler never feared the odds against him, never wanted for pluck, and never wavered from what he believed to be right and true.  If art, rather than Christianity, became his religion, he was no less devoted to its principles, and no less intent than his mother on spreading its gospel and winning converts to his faith.  Like his mother, he sometimes despaired when he thought his faith had deserted him, but, again like her, he always rebounded.  He conceded more than once, “As usual, dear Mother, you were right!”

The occasion when Anna destroyed some of his work occurred because Whistler sent his brother William drawings of his Bohemian life in Paris.  Judging them “impure” and unfit for the eyes of William, even though he was studying in America to be a physician, Anna, who could be something of a busy-body, burned them.  Nevertheless, the relationship between mother and son remained extremely close, to the extent that when Anna moved to London a few years later, she resided with him, promoted his work, maintained his household, and attended to his often messy finances.  It was then, in their Chelsea home, that Whistler painted her portrait, its tender delicacy belying Whistler’s claim that his pictures were only carefully composed “arrangements” of shapes and colours.  Nor is it likely by chance that when the smoke and smog of London forced Anna to preserve her health by moving to Hastings, her son’s finances took a turn for the worse.  He lived far more lavishly, was forced into bankruptcy, and endured a succession of profound changes in his art and reputation.

Whistler had very strong views on art and wrote various manifestoes during his life. What would you say remained consistent in his attitude to creativity?

Whistler’s philosophy of art was defined by his quest for beauty, what was popularly known at the time as “art for art’s sake.”  It sounds a clear, straightforward concept, but it was complicated for Whistler by several factors.

First, he was a perfectionist, which meant that his pursuit of beauty became almost maniacal, and produced several periods of self-doubt and discouragement.  These crises forced Whistler to reassess his work and experiment with new ideas, forms, and techniques.  These fallow times sometimes yielded exciting, innovative work, and at the very least, they freed him to forge ahead with renewed confidence.

I believe this is the side of Whistler—and a crucial one—that is least understood by people who have not studied his life and work in detail.  The popular image of Whistler remains for most of the world that of a clever, witty, sometimes caustic egotist, a showman who cared more about celebrity than about art.  Yet, nothing could be farther from the truth.  Certainly, despite the periods of doubt and reassessment, Whistler had enormous confidence in himself and his abilities; but much of his showmanship was intended to amuse, entertain, and, most importantly, sell work.  Whistler was one of the first modern artists to understand and manipulate the marketplace, and he believed that one of the best ways to attract buyers and patrons was to promote both himself and his art as unique.

Unfortunately, not everyone understood either his mania for perfection or the serious purpose behind many of his antics.  People could not always tell when he was in earnest, nor appreciate the strength of his convictions.  Edgar Degas, a good friend, chastised him by saying, “Whistler, you behave as though you have no talent.”

The result was a second complication for Whistler: the art critics.  They were the people least likely to appreciate his showmanship, or to reward him for any dramatic, avant-garde artistic innovations.  Whistler became famous for his public and private quarrels, for the people he dubbed his “enemies,” but he fell out only with people who had, in his eyes, behaved dishonourably or caused him personal injury.  Art critics topped that list.  Most of them, he insisted—and not without some reason—were unfit to judge art, especially not “modern” art.  Yet, critics had the power to make or break an artist’s reputation, to increase or decrease sales, in short, to promote or destroy careers.

A defining moment in Whistler’s life came when John Ruskin, the most influential critic of the time, lambasted one of the artist’s early “nocturnes.”  Whistler so feared the adverse effect on potential buyers and patrons that he sued Ruskin for libel.  Following the trial, he wrote the first of his several published manifestoes, Art and Art Critics, in which he declared, “No! let there be no critics! they are not a ‘necessary evil,’ but an evil quite unnecessary, though an evil entirely.”  Thereafter, Whistler waged open war with the critics. 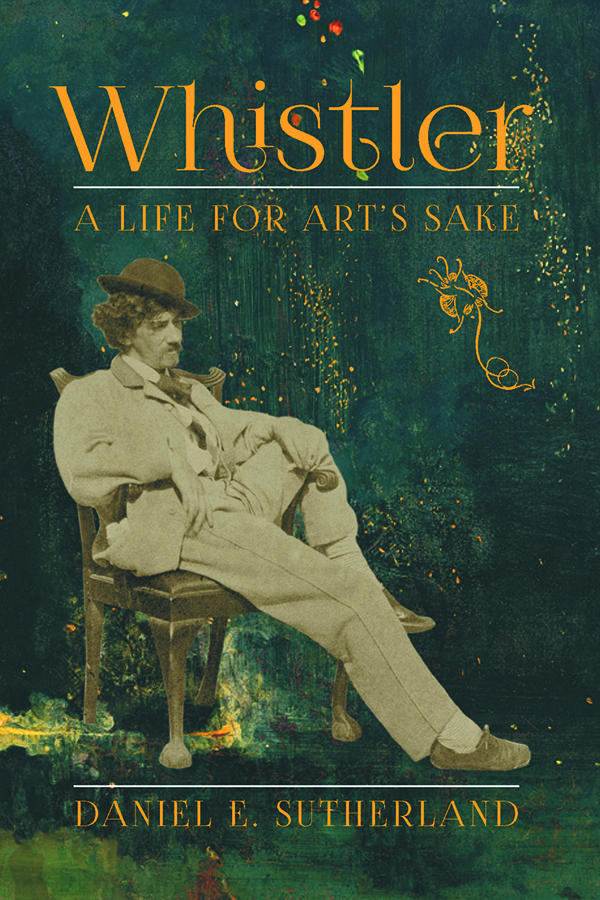 An Interview with Mark Polizzotti

We had the privilege of sitting down to talk with Mark Polizzotti, who, among other things, has recently…