Yale University Press, London are proud to support UNESCO World Poetry Day, an event that recognises the unique ability of verse to capture the creative spirit of the human mind.

This superb occasion, founded in 1999 and held annually on 21 March, aims to promote linguistic diversity through poetic expression and to offer endangered languages the opportunity to be heard.

The observance of World Poetry Day encourages a return to the oral tradition and also aspires to strengthen the bonds between poetry and other arts such as theatre, dance, music and painting, and to support publishers.

To celebrate the day we’ve compiled a list of some of our favourite poetry books from our catalogues. See what you think and tell us which titles you’d include by tweeting @YaleBooks or leaving a comment below.

Born in Syria in 1930, Adonis is one of the most celebrated poets of the Arabic-speaking world. His poems have earned international acclaim, and his influence on Arabic literature has been likened to that of T. S. Eliot’s on English-language verse. This volume serves as the first comprehensive survey of Adonis’ work, allowing English readers to admire the arc of a remarkable literary career through the labours of the poet’s own handpicked translator, Khaled Mattawa. 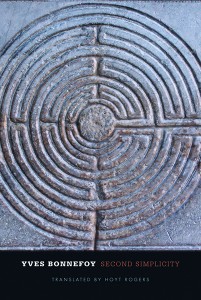 Yves Bonnefoy, now 90 years old, has enjoyed during the past two decades perhaps the most prolific and innovative period of his splendid lifework. This volume presents in English and French an inviting array of his recent writings, carefully selected for their literary quality as well as their broad appeal. It features several works never published before and many that have never been translated into English. The first anthology of Bonnefoy’s work to appear since 1995, this collection reflects the poet’s powerful engagement with the New England landscape, where quiet woods and fields have given shape to the pared-down aesthetic of his recent years. 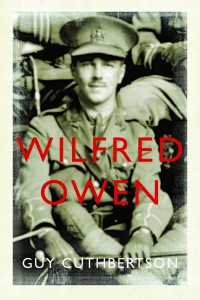 One of Britain’s best-known and most loved poets, Wilfred Owen (1893-1918) was killed at the age of 25 on one of the last days of the First World War, having acted heroically as soldier and officer despite his famous misgivings about the war’s rationale and conduct. He left behind a body of poetry that sensitively captured the pity, rage, valour and futility of the conflict. In this new biography Guy Cuthbertson provides a fresh account of Owen’s life and formative influences: the lower-middle-class childhood he tried to escape; the places he lived in, from Birkenhead to Bordeaux; his class anxieties and his religious doubts; his sexuality and friendships; his close relationship with his mother and his childlike personality.

Like a Straw Bird it Follows Me: And Other Poems – Ghassan Zaqtan, translated by Fady Joudah 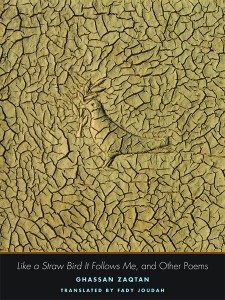 In this inspired translation of Like a Straw Bird It Follows Me, Ghassan Zaqtan’s tenth poetry collection, along with selected earlier poems, Fady Joudah brings to English-language readers the best work by one of the most important and original Palestinian poets of our time. With these poems Zaqtan enters new terrain, illuminating the vision of what Arabic poetry in general and Palestinian poetry in particular are capable of. Departing from the lush aesthetics of such celebrated predecessors as Mahmoud Darwish and Adonis, Zaqtan’s daily, delicate narrative, whirling catalogues, and at times austere aesthetics represent a new trajectory, a significant leap for young Arabic poets today. 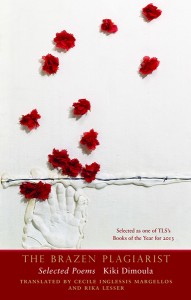 One of Greece’s most beloved contemporary writers, Kiki Dimoula is considered by many to be her homeland’s national poet. She has published more than a dozen volumes of poetry, the first in 1952 and others in every decade since. In this new collection, 80 poems selected from throughout Dimoula’s long career have been exactingly translated into English by award-winning translators Cecile Inglessis Margellos and Rika Lesser.

Read an interview with Kiki Dimoula. 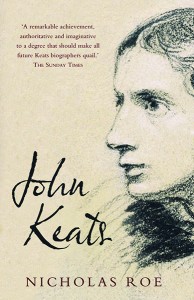 This landmark biography of celebrated Romantic poet John Keats explodes entrenched conceptions of him as a delicate, overly sensitive, tragic figure. Instead, Nicholas Roe reveals the real flesh-and-blood poet: a passionate man driven by ambition but prey to doubt, suspicion, and jealousy; sure of his vocation while bitterly resentful of the obstacles that blighted his career; devoured by sexual desire and frustration; and in thrall to alcohol and opium.

Read a Q & A with author Nicholas Roe.

Widely revered during his lifetime, Robert Frost continues to enchant readers today, nearly a century after the publication of his first volume of poems, A Boy’s Will. This book presents a splendid selection of 64 poems from across Frost’s writing career, beginning in the 1890s and ending with “Directive” from the 1940s. Tim Kendall offers a detailed account of each poem, enabling readers to follow the journey which Frost himself recognized in all great poetry: “It begins in delight and ends in wisdom”.

September’s Bookshop of the Month – Far From The Madding Crowd

For September’s Bookshop of the Month, we headed up to Linlithgow in West Lothian, Scotland, to visit Far…