Is austerity the most divisive economic issue in living memory? Its defenders praise it as a panacea that will prepare the ground for future growth and stability. Critics insist it will precipitate a vicious cycle of economic decline, possibly leading to political collapse. But the notion that abstinence from consumption brings benefits to states, societies, or individuals is hardly new. In Austerity: The Great Failure, Florian Schui puts the debates of our own day in perspective by exploring the long history of austerity – a popular idea that lives on despite a track record of dismal failure.

In this author article, Schui shows that arguments in favour of austerity were – and are today – mainly based on moral and political considerations, rather than on economic analysis. Unexpectedly, it is the critics of austerity who have framed their arguments in the language of economics. He examines thinkers who have influenced our ideas about abstinence from Aristotle through such modern economic thinkers as Smith, Marx, Veblen, Weber Hayek, and Keynes, as well as the motives behind specific twentieth-century austerity efforts.

“George Osborne is not quite putting up the ‘Mission accomplished’ banner but he is proclaiming victory over the critics of austerity. And who could blame him? True, output in the UK is still well below the pre-crisis level. But growth is back: the British economy grew by 1.9 % in 2013. That is not necessarily an impressive number as such but it is the highest growth rate since 2007. Is this not proof that austerity works?

In fact, the present recovery proves the opposite. If anything it proves the failure of austerity not its success. Several economists, including Paul Krugman, Jonathan Portes, Simon Wren-Lewis and Tony Yates have pointed out that the increase in growth is due to the easing of austerity policies. Cuts started in 2010. Predictably this put a drag on growth. From 2011 the government changed course and eased austerity policies. As a result growth is picking-up.

However, the UK economy has only been granted reprieve, not amnesty from austerity. Osborne has already announced that sharp cuts, in particular in welfare spending, will be part of this year’s budget. The announced cuts will be sharp enough to reassure all supporters of austerity their cause is safe in the hands of a Conservative government. At the same time they will come late enough so that the damage they will inflict on the economy will only become visible after the general election in 2015.

The situation is paradoxical: there is overwhelming evidence that austerity stifles growth and to judge from their tactical behaviour this evidence even convinces the proponents of cuts. Nonetheless, this does not lead to abolition of the policies. The support for austerity remains strong among many politicians, economists and a substantial part of the public. Still more baffling is that, the political right that normally styles itself as being ‘in the know’ about economics ignores the logic of economic efficiency. Instead, those on the political left, often suspected of being better at claiming the moral high ground than at understanding how the economy works, are concerned with making the system run more smoothly in order to maximise growth.

How can we explain this paradox? As I argue in Austerity. The Great Failure the case for the ‘economics of abstinence’ does not rest mainly on economic arguments. Over the last 2,500 years or so, those who have argued in favour of abstinence have mostly been guided by moral, religious and political considerations. The current government is part of this tradition.

At the end of last year David Cameron announced that for him government cuts are not only a temporary measure but that his aim is a permanently smaller state. Even without going into the details of the Prime Minister’s argument the rigidity of his approach is telling. If left alone, economies fluctuate in growth cycles. Therefore, economic policies that try to stabilize growth need to be flexible and adapt to the changing conditions in the economy. As Keynes pointed out, ‘the boom, not the slump, is the right time for austerity at the Treasury’. In contrast, the Prime Minister sees a smaller state as the right economic policy at all times, irrespective of what is happening in the economy. This ‘one size fits all’ approach in itself is an indication that the maximisation of growth is not the main objective of his economic policy.

Cameron’s permanently smaller state is intended to maximise something else: the space in which individual initiative and creativity can flourish. In his speech he explained that only a society where competiveness, creativity and innovation are not stifled by the state’s overbearing presence can adapt successfully to the economic challenges of present and future. What matters in today’s globalised world is the ability of Britain to change and respond to new challenges better and faster than other societies.

This is an evolutionary argument familiar from radical liberal thinkers such as Wilhelm von Humboldt and Friedrich Hayek. Crucially, their perspective does not give great prominence to questions of economic efficiency. Indeed, free societies a likely to experience periods of economic waste: periods of low growth may leave labour, capital and other resources underused. But free societies do better in the long run because they are better at evolving and adapting. The political aim must therefore be to contain the size of the state in order to leave space for the creative forces of society. That remains true even if cutting back the state hurts growth and economic efficiency in the short term. If you accept this view, it makes no sense to adapt the size of the state to the cyclical fluctuations of the economy. Rather, what is needed is a permanently smaller state to unleash the creative powers of society.

This argument has its merits but from an economic perspective there are some substantial problems associated with the Olympian perspective adopted by thinkers like Humboldt and Hayek. Mainly, they do not say how long the long run is. Other approaches to economic policy allow the public to verify concrete results after a few quarters or after a couple of years at the latest and decide whether to continue with a specific set of policies or not. But it is not clear when we can undertake a similar evaluation of the results of this kind of radical laissez faire. Every crisis no matter how long or deep may be interpreted as an unpleasant but necessary stretch on a superior evolutionary path. In practice, this means that economic results become irrelevant as a yardstick against which to judge economic policy. This is exactly what is happening in the case of austerity. There simply is no economic outcome that can convince proponents of austerity that they are on the wrong track. Their cause is not about economic efficiency but about a political goal: the preservation of liberty.

There are also social problems associated with the Olympian perspective of the likes of Humboldt and Hayek. Prussian aristocrats and tenured professors are in a position to look at economic crises, even if they lasts a decade or longer, as a mere transitory phase of hardship that is part of a superior evolutionary trajectory. More ordinary citizens may not be able to afford this kind of detached perspective on the economy. A longer crisis can ruin the life plans of individuals and lead to the collapse of social and political systems. That is why Keynes warned that the ‘long run is a misleading guide to current affairs’.

One may object that there is nothing wrong with giving priority to political values over the pursuit of economic maximisation and social welfare. Why should the defence of freedom not trump economic and social considerations? After all maximising growth and maximising human happiness can be two rather different things and most people would agree that the latter is more important. The preservation of liberty may very well warrant austerity policies that cut the state to size, even if they hurt economically.

While this is a valid argument it is questionable whether the trade-off between the size of the state and individual liberty really exists. The historical experience of Humboldt and Hayek certainly gave them reason to think of states as the enemies of individual freedom. In Humboldt’s time, towards the end of the 18th century, absolutist states such as his native Prussia and republican states such as France were extremely ambitious in expanding their sphere of action, often at the expense of individual liberty. The same is true of the authoritarian states in Europe that Hayek witnessed in the 1920s and 30s.

However, a more complete vision of history also reveals the shortcomings of the simple equation of a larger state with greater oppression. Hayek predicted in the 1940s that planned economies would set mankind on a road to serfdom. In actual fact, the vast expansion of states across the western world in the post war decades coincided with an equally substantial increase of liberty for many contemporaries. Women and black people acquired more freedom than ever before and despite evident lapses western countries did rather well at protecting the individual rights of their citizens.

The problem is even more striking in the case of Humboldt. In his time, the Prussian state was tiny compared to modern states. Yet, those who were actual serfs at the time would find it hard to make sense of the notion that today’s inhabitants of rural Brandenburg find themselves on a road to serfdom because generous welfare provisions and extensive government services are available to them.

When it comes to states size is clearly not all. In socialist countries states became limitless as well as highly oppressive. But in many western countries states grew along with individual liberty. Clearly, the values, aims and power structures that a government embodies are at least as important as its size in determining whether it is a protector or oppressor of individual liberty.

What does all of this mean for today’s austerity policies? The political motivations behind austerity go a long way to explain the obliviousness of its proponents to the negative economic outcomes that it produces. However, upon inspection the political case for austerity turns out to be as spurious as the economic one. No matter from which perspective you look at it, there is no convincing case for austerity in its current form. It simply is a great failure.“ 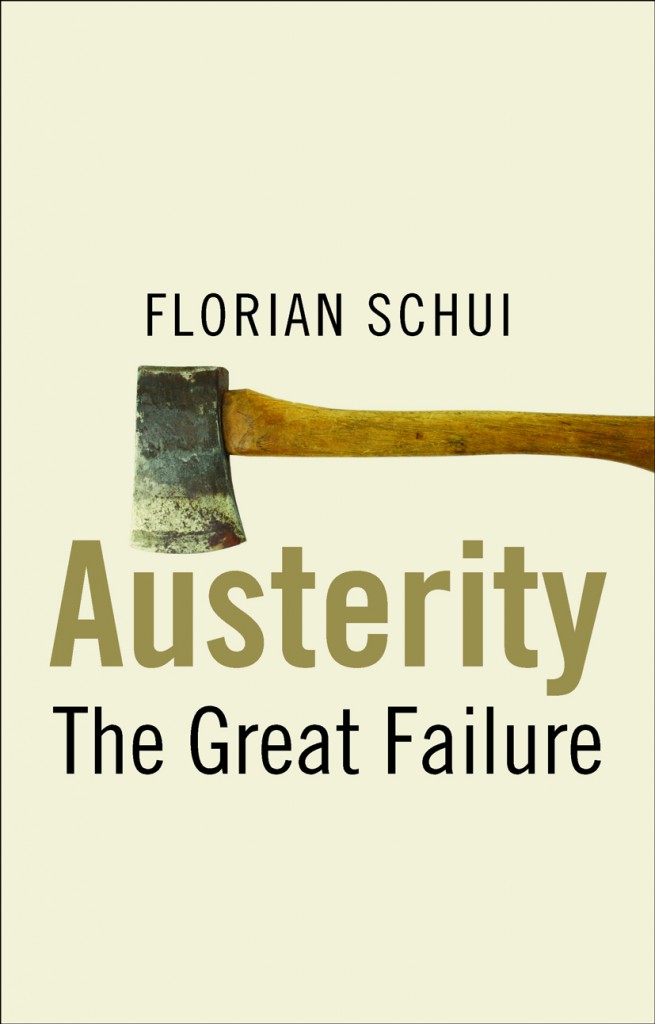 Who was The Literary Churchill?

The image of Winston Churchill as a statesman is familiar to all, the former soldier striding down blitzed…