No one has failed to notice that the current generation of youth is deeply – some would say totally – involved with digital media. Professors Howard Gardner and Katie Davis name today’s young people The App Generation, and in their spellbinding book they explore what it means to be “app-dependent” versus “app-enabled” and how life for this generation differs from life before the digital era. Gardner and Davis are concerned with three vital areas of adolescent life: identity, intimacy and imagination.

Through innovative research, including interviews with young people, focus groups of those who work with them, and a unique comparison of youthful artistic productions before and after the digital revolution, the authors uncover the drawbacks of apps: they may foreclose a sense of identity, encourage superficial relations with others, and stunt creative imagination. On the other hand, the benefits of apps are equally striking: they can promote a strong sense of identity, allow deep relationships, and stimulate creativity. The challenge is to venture beyond the ways that apps are designed to be used, Gardner and Davis conclude, and they suggest how the power of apps can be a springboard to greater creativity and higher aspirations.

In this interview with our New Haven office, Gardner and Davis discuss the changes, both positive and negative, that digital platforms have made to interpersonal relationships and how non-digital natives can avoid being left out of this new world of communication.

Have digital media shifted the way we form and maintain personal relationships?

Social media have made it incredibly easy to keep in touch with friends and acquaintances. But there is considerable concern that the effort we put into maintaining our weaker social ties may crowd out the sustained attention needed to nurture deeper relationships. Even so, our research suggests that most of today’s young people seek traditional qualities in their online relationships: empathy, trust, reciprocity, and self-disclosure.

How can we help young people to use apps positively?

Parents and teachers can encourage imaginative exploration, beyond the letter of the app. But part of the burden also falls on those who devise apps. Too many educational apps are just digital versions of “drill-and-kill.” We need apps that open up new possibilities and then allow the user to explore, imagine, expand, and, on occasion, toss aside the digital device and “go it alone.”

How does an older person, a non-digital native, recognize the harmful uses of digital technology?

We would be concerned if any young person spent too much time in the digital world, at the cost of face-to-face contact or time to relax, reflect, rest. And of course, one has to be on the lookout for frankly damaging behaviour—bullying, invasion of another’s privacy, sexting, and so on. But by the time a child is 12 or 16, adults have difficulty knowing, let alone controlling, what the young person does. That is why both co-exploration when the child is young and learning enough so that you are not completely a digital immigrant are very important for adults of any generation.

– The following is an extract from the introduction to The App Generation which describes exactly why the authors focused on ‘the three Is’:

“Although our conversation ranged widely, three topics emerged as dominant and also permeate this book: our sense of personal identity, our intimate relationships to other persons, and how we exercise our creative and imaginative powers (hereafter, the three Is). To be sure, the nature of our species has not changed fundamentally over time. And yet we maintain that, courtesy of digital technologies, Identity, Intimacy and Imagination have each been reconfigured significantly in recent decades. Signs of these changes can be discerned in our conversation.

As the dominant (though slightly waning) online community among both Molly and Katie’s peer groups, Facebook was a recurrent topic of discussion. Though they are Facebook friends, the sisters employ the popular social networking site in different ways. Having joined as an adult in her late twenties, Katie uses Facebook intermittently to stay connected to friends and family living across Canada, the United States, and Bermuda. For Molly, Facebook represents a far more integral part of her daily experience. Since she joined at the age of twelve, Facebook has represented a vital social context throughout her formative adolescent years.

In describing her use of and experiences on Facebook, Molly touched on practice among some of her peers that made an immediate and striking impression on both Howard and Katie. As is the case at just about every high school, one group of students at Molly’s school are considered the popular kids. The girls are attractive and the boys play varsity sports like lacrosse and soccer. Most of the varsity boys are seniors, but a few stand-out athletes are freshman. A while back, Molly noticed that some of the senior girls who were dating senior boys started to show up on her Facebook newsfeed as being “married”. Only they were married, not to their actual boyfriends, but to the freshman boys who played on the same sports team (!).

“The popular senior girls pick out a freshman guy who is cute and popular and probably going to be really attractive when he’s older. They’ll kind of adopt him, and then take pictures with him, write on his wall, and flirt with him in a joking sort of way. The boys are kind of like their puppets.”

Howard was surprised by this practise, noting that we typically think of girls in high school and college as being on the lookout for older men. “When I went to school, the junior and senior girls were all trying to go out with college guys.”

Molly patiently explained that it’s not about a real desire to date freshman boys – after all, the girls are already dating senior boys. It’s more of an initiation and reinforcement of social status. The freshman boys are accepted into the social life of the sports team by way of the girls, who themselves use their “Facebook marriages” as further confirmation of their connection to the senior boys.

Why open with this anecdote? Because, in addition to representing an intriguing example of youth culture in a digital area, it touches on all three of the central themes in this book. With respect to personal identity, the Facebook marriage between freshman boy and senior girl is an act of public performance that forms part of a teen’s careful crated online persona. Given its orientation toward an online audience, this external personal may have little connection to the teen’s internal sense of self, with its associated values, beliefs, feelings, and aspirations. Yet paradoxically, if inadvertently, this electronic betrothal may contribute to an emerging sense of identity.

Issues of intimacy arise when we consider the new forms of social connection and interaction that have emerged with the rise of digital media. (It’s hard to with an analogue version of the Facebook marriage.) Though we identified positive aspects to these online connections in our research, the depth and authenticity of the relationships they support are sometimes questionable. Molly observed: “You never see [the senior girls and freshman boys] hanging out as if they’re good friends, like I can’t see them going to each other with a problem of anything like that. But they’re really good at putting on this kind of persona on Facebook of ‘Everything is great and we’re all friends and nothing is wrong here.’” Consider too, that Molly, who rarely comes in contact with these teens in person, is nevertheless connected to them on Facebook.

Our final theme is imagination, and there’s no doubt that the Facebook marriage represents an imaginative expression, if not leap. In our conversation Howard observed: “It’s a bit like in mythology, the older queen picking the younger lad who has to perform for her.” Of particular note is the fact that this specific act of expression is dependent on – indeed, probably inspired by – the relationship status options available on Facebook (“married,” “single,” “in a relationship,” “ it’s complicated”). In this way, the Facebook marriage illustrates how digital media give rise to new forms of imaginative expression, just as the format of this application shapes and restricts these expressions in distinct and distinctive ways.” 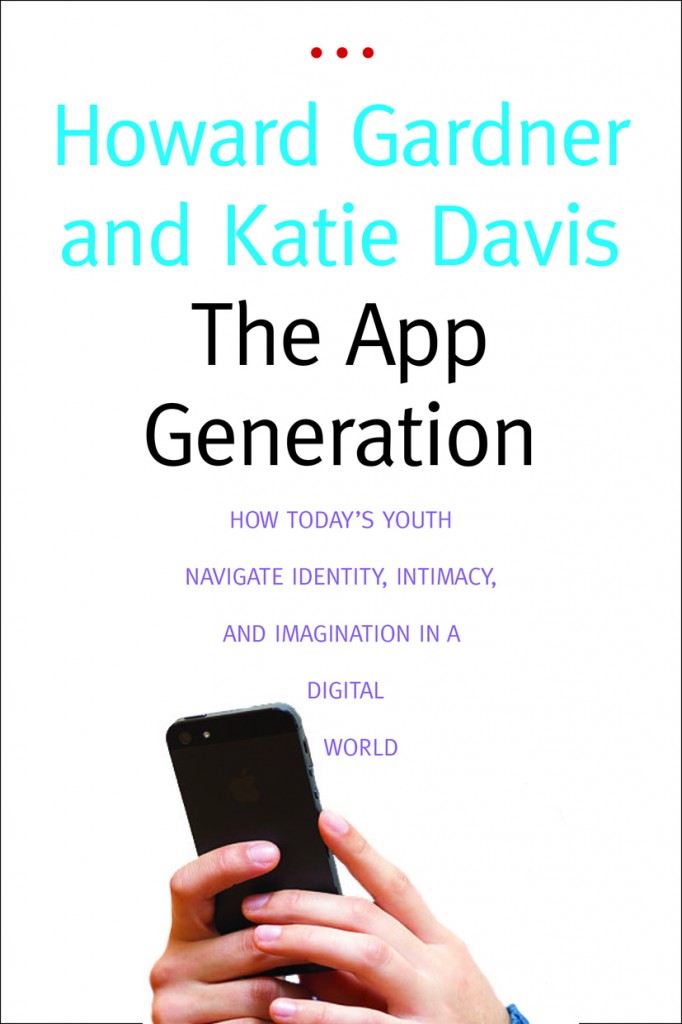 The RSA gets animated over Iain McGilchrist and the ‘divided brain’

In a new animation by Andrew Park and the RSA, renowned psychiatrist and author of The Master and His…