In the face of the most perilous challenges of our time – climate change, terrorism, poverty, and trafficking of drugs, guns and people – the nations of the world seem paralysed. The problems seem too big, too interdependent, too divisive for the nation-state. Is the nation-state, once democracy’s best hope, today democratically dysfunctional? Obsolete?

In his provocative and highly original book, If Mayors Ruled the World, Benjamin Barber considers whether cities and the mayors who run them are doing a better job than nation-states. Barber investigates the unique qualities cities worldwide share: pragmatism, civic trust, participation, indifference to borders and sovereignty, and a democratic penchant for networking, creativity, innovation and cooperation. He demonstrates how city mayors, singly and jointly, are responding to transnational problems more effectively than nation-states mired in ideological infighting and sovereign rivalries.

In this interview and extract from If Mayors Ruled the World, Barber sets out a persuasive case that the city is democracy’s best hope in a globalising world.

“In a teeming world of too much difference and too little solidarity, democracy is in deep crisis. With obstreperous nation-states that once rescued democracy from problems of scale now thwarting democracy’s globalisation, it is time to ask in earnest, “Can the city save the world?” I believe it can. In this book I will show why and how it already is.

We have come full circle in the city’s epic history. Humankind began its march to politics and civilisation in the polis – the township. It was democracy’s original incubator. But for millennia, we relied on monarchy and empire and on the then newly invented nation-states to bear the civilisational burden and the democratic load. Today, after a long history of regional success, the nation-state is failing us on the global scale. It was the perfect political recipe for liberty and independence of autonomous people and nations. It is utterly unsuited to interdependence. The city, always the human habitat of first resort, has in today’s globalising world once again become democracy’s best hope.

Urbanity may or may not be our nature, but it is our history, and for better or worse, by chance or by design, it defines how we live, work, play and associate. Whatever large-scale political arrangements we fashion, politics starts in the neighbourhood and the town. More than half the world’s people now live in cities – more than 78 percent of the developing world. As it was our origin, the city now appears to be our destiny. It is where creativity is unleashed, community solidified, and citizenship realised. It we are to be rescued, the city rather than the nation-state must be the agent of change.”
– from If Mayors Ruled the World, by Benjamin R. Barber.

Here follows a short interview between the author and the Yale University Press New Haven office:

Why are you writing about cities when nation-states have all the power and are creating all the problems?

Because it’s time to change the subject: we have been talking about independent nation-states for centuries, but more and more their power counts for little when it comes to the challenges of an interdependent world. The city’s not just where the action needs to be; it’s where the action is. let’s talk intercity relations, not international relations; a parliament of mayors, not a league of nations or a United nations; global citizens, not local special interest consumers.

The democratic process seems to be tied up in partisan knots. How can city mayors and their municipal governments do better?

As Mayor Teddy Kollek of Jerusalem said, mayors don’t give sermons, they fix sewers. They are pragmatists, not ideologues, because in the end someone has to pick up the garbage. They are doing better than national politicians, which is why their trust rates are twice as high.

Can you give an example of a mayor who has addressed a problem that his or her federal government hasn’t dealt with effectively?

Ever since Copenhagen, nation-states have been trying to deal with global warming, but sovereignty keeps getting in their way. Cities haven’t waited: Mayor Villaraigosa of Los Angeles has been greening up the port, cutting carbon emissions from freighters and trucks by nearly one-half. Since the port accounts for almost 40 percent of L.A.’s carbon emissions, over five years the city’s carbon pollution is way down. 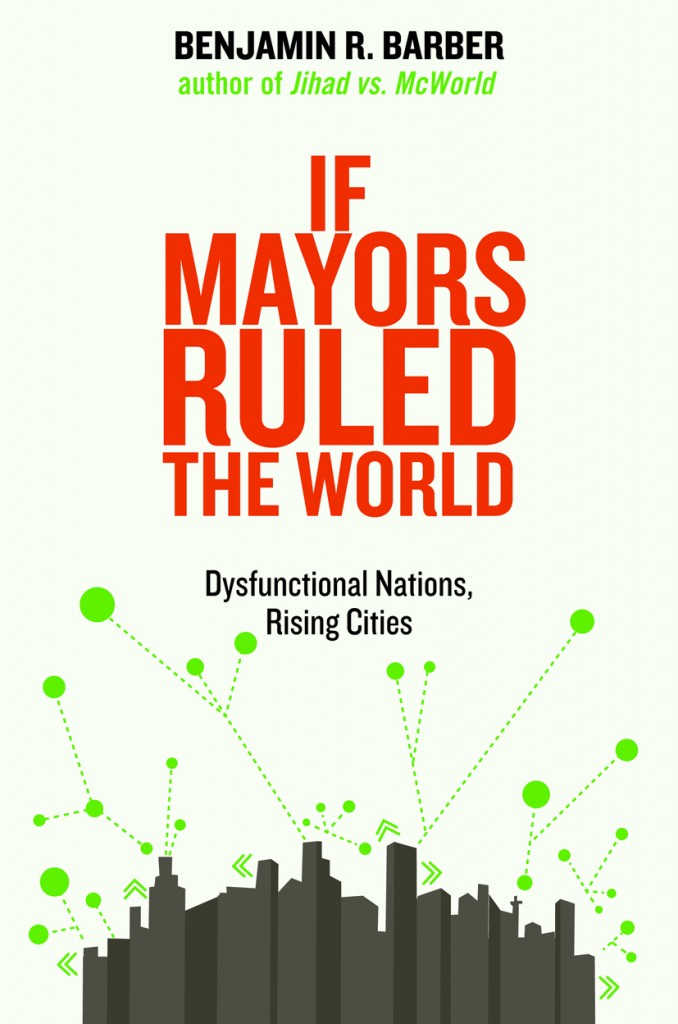 Dirty Coal – The Real Priority for the Paris Conference