John Sutherland’s A Little History of Literature introduces great classics from across the ages: Beowulf, Shakespeare, Don Quixote, the Romantics, Dickens, Moby Dick, The Waste Land, Woolf, 1984 and dozens of others. These are works ancient and modern, all of which speak to us today. However, there is one year in particular that Sutherland sees as literature’s ‘most wonderful’, one year which arguably contributed more to our understanding of what literature can be than all the rest. In this extract from A Little History of Literature, Sutherland considers, amongst others, Virginia Woolf, T. S. Eliot and James Joyce, and explains why 1922 is the year that changed everything in literature. 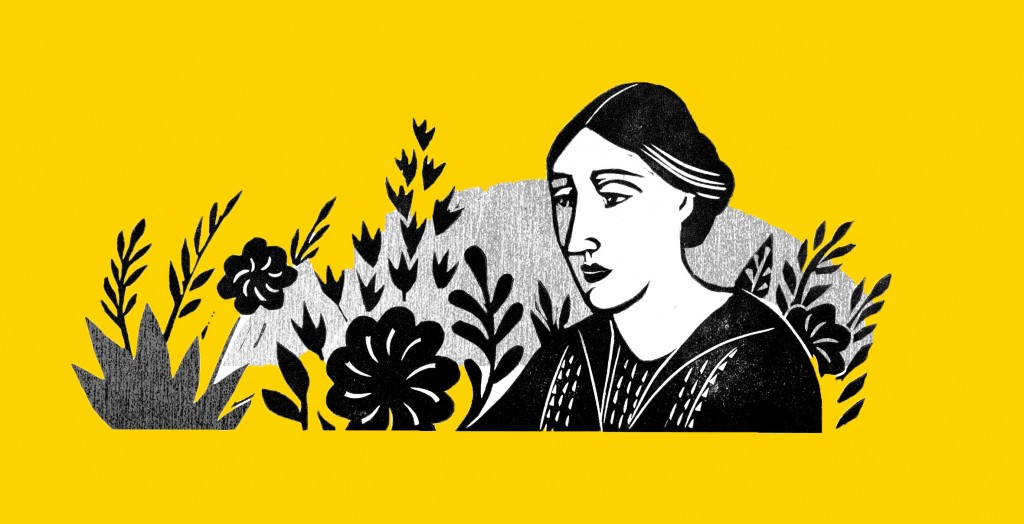 Historically one can trace modernism’s roots back to the 1890s and the ‘end of century’ (fin de siècle)…. Writers at that period, worldwide, seemed to have bought into a kind of creative nonconformity, a breaking of ranks. One thinks of writers like Henrik Ibsen, Walt Whitman, George Bernard Shaw and Oscar Wilde. Writers, to put it simplest – even if, like Wilde, it meant their ending up in prison or, like Thomas Hardy, having their latest work burned by a bishop. Authority never had an easy time with modernism. It was not listening. It was, as we say, doing its own thing. If it began in the 1890s and gathered in the Edwardian (pre-war) period, it was in 1922 that this new literary wave crested. One can identify a number of forces and factors that were instrumental. The traumatic effect of the First World War has broken, forever, old ways of looking at the world. Nothing in 1918 seemed the same as it had in 1914. The war could be seen as a gigantic smash-up which left the field barren, but clear for new things to come along. It was what in Latin is called a tabula rasa.

What, then, were the works that can be said to have spear-headed the innovations of this great year, 1922? James Joyce’s novel Ulysses and T. S. Elliot’s poem The Waste Land would be the first to come to mind, not published that year. One could also add to these Virginia Woolf’s Mrs Dalloway (the author’s most virtuosic exercise in the ‘stream of consciousness’ technique…). Woolf’s novel was published in 1925, but conceived and set in 1922. Wilfred Owen’s wartimes poems, published posthumously in 1920, and W. B. Yeats work, rewarded with the Nobel Prize in 1923, were accompaniments to the great year’s achievements. By general agreement the greatest Irish poet, Yeats developed strikingly during his long career, from a rhapsodiser about the so-called ‘Celtic Twilight’ (Ireland’s mythic past) to a modernist poet engaged with the present – not least the post – 1916 civil disorder which was tearing his country apart. Some of his greatest work can be found in the collection Later Poems, published in 1922.

Before looking at a couple of the masterpieces given to the reading world in and around 1922, let’s consider some general characteristics. Exhaustion and its perverse energies has been mentioned. All the literary works start from a kind of baseline zero. Mrs Dalloway, for example, is set against two great holocausts. One is the First World War, from which the shell-shocked hero of the novel, Septimus Smith, never recovers and whose mental torments (Post Traumatic Stress Disorder, as we would call it now) drive him to a horrible suicide, throwing himself from a high window on to spiked railings. Septimus is a postwar was casualty. The other holocaust was the influenza pandemic known as ‘Spanish flu’ which swept through the world in 1918-21, killing more people than the war itself, Mrs Dalloway, is herself in recovery from the infection, which she barely survived.

Another general characteristic of modernism is that its sources spring from outside the literary mainstream, rather than from with it. The Waste Land and Ulysses were introduced in parts to the public in ‘little magazines’ with tiny ‘coterie’ readerships … Joyce’s work, in its complete form was published in Paris. No publisher in the two major English-speaking markets would touch it for decades – in Joyce’s home country, Ireland, for half a century.

Exile and a sense of not belonging anywhere played its part. A large quantity of what we see as groundbreaking modernist literature was published by what the American writer Gertrude Stein (herself a notable modernist) called the ‘lost generation’ – writers without roots in any ‘home’ market. But modernism is something other than an ‘international’ literary movement. It is, more properly, what we could call ‘supernational’ – above and beyond any national origin. T. S. Elliot (1888 – 1965) was born, brought up and educated (at Harvard) as American as the stars and stripes itself. The manuscripts of The Waste Land reveal that early unpublished sections of the poem were set in Boston (near Harvard). Eliot was, in 1922, resident in Britain (he would later become a British citizen) although important parts of the poem were composed in Switzerland where he was recovering from a nervous breakdown. Is it a poem by an American, a Briton, or an American in Britain?

Ulysses is a similarly ‘rootless’ work. James Joyce (1882 – 1941) had left Dublin, where the novel is set, in 1912, never to return. His departure was an artistic decision. Great literature, he believed, should be published ‘in silence, exile, and cunning’. What the novel implies is that the author could only write about Dublin if, in a sense, he was outside Dublin. Why? Joyce explained it was an image in another work. Ireland, the hero of A Portrait of the Artists as a Young Man affirms, is the ‘old sow that eats her farrow [piglets]’ – the mother that both nourishes and destroys you.

D. H. Lawrence’s great work, Women in Love, had been published the year before, in 1921. Both it, and the novel that he published in 1922, Aaron’s Road, assert the need to ‘get up and leave’. The great tree of life (‘Ygraddisil’) was, Lawrence believed, dead in England. He himself left the ‘waste land’ in which he had been born, the child of a miner, to find that he was looking for in life elsewhere. He was, he said, a ‘savage pilgrim’.”

– From A Little History of Literature 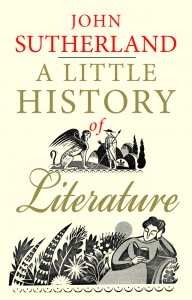