John Sutherland’s ‘Little History’ tackles a very big subject: the glorious span of literature from Greek myth to graphic novels, from The Epic of Gilgamesh to Harry Potter. In this extract from the book, Sutherland addresses a fundamental question; what exactly is literature?

Most of us encounter literature, in one form or another, at an early age. Stolen moments reading by torchlight when bedtime has long since passed are a familiar memory to many, and the relationships that are formed with these early books can last a lifetime. Just as we grow up, so our understanding of literature grows as well. In this passage Sutherland pays particular attention to The Lion, the Witch and the Wardrobe by C. S. Lewis, demonstrating that the ‘fantasy’ world that exists in an author’s imagination might not be so far removed from our own reality. 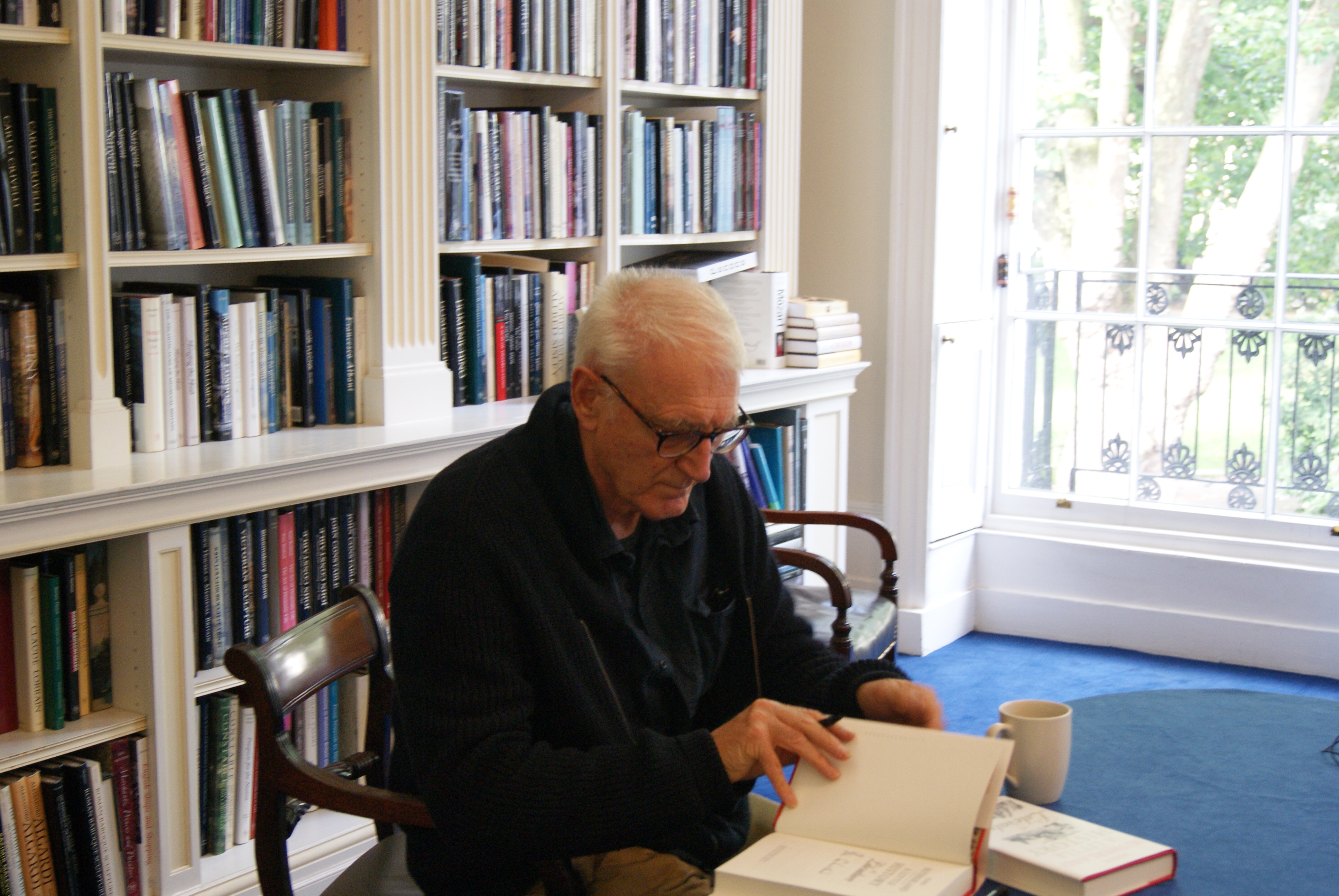 “What, then, is literature? It’s a tricky question. The most satisfactory answer is found by looking at literature itself; most conveniently at the first printed works we come into contact with over the course of our lives – ‘Children’s Literature’ (written, one should note, for children, not by them). Most of us take those first faltering steps into the world of reading in the bedroom. (We learn to write, most of us, in the classroom.) Someone we love reads to us, or with us, in bed. So begins the lifelong journey through all those pages that lie ahead.

As we grow up, the practice of reading for pleasure – which typically means reading literature – stays with us. Many of us will go through life taking a novel to bed with us. (Or we may listen to Book at Bedtime, another long-running BBC radio programme.) How many of us, in our younger days, will have naughtily gone on reading by torchlight under the bedclothes in our pyjamas? In those moments are stored the garments (our ‘armour, in a sense) which we put on to face the outside world – the ‘real world’ – are more often than not tucked away across the bedroom inside a wardrobe.

Thanks to the many TV, film, and stage adaptations many children and adults know the story of four young Pevensies of the book, who find themselves evacuated to a house in the country. It is wartime 1940s Britain. Under the care of kindly Professor Kirke (the word ‘kirk’ means ‘church’ in the Scots language – literature is always bringing in these little symbolic elements), they are safe from the nightly raids of the London Blitz. The real world has become very dangerous for children – mysterious aircraft, for reasons unknown, are trying to kill people. Explaining to young children the politics, or the history, or the point of it all would be difficult. Literature, with its ability to communicate to all ages, can help.

In the story, while exploring the Kirke mansion, one rainy day, the children discover an upstairs room with a large wardrobe. The youngest, Lucy, ventures into the wardrobe by herself. I suspect that everyone knows what she discovers inside, from whatever version of The Lion, the Witch and the Wardrobe they remember. Lucy finds herself in what could be called an ‘alternative universe’ – a universe of the imagination; but as real, essentially, as the London she left. And quite as violent as that burning city. Narnia is not a safe place, any more than lions or witches are generally safe for human beings to hang out with.

As it’s narrated, Narnia is not Lucy’s dream, something inside her head, a ‘fantasy; it is actually ‘there’, as much a thing outside her wakeful self as the wooden wardrobe or the looking glass through which Alice goes to Wonderland, in Lewis Carroll’s children’s story published eighty-five years earlier. But to understand how Narnia can be both real and imaginary, we need to know how to process literature’s complex machinery. (Children pick up the knowledge as quickly and intuitively as, in their earliest years, they pick up the complex machinery of language.)

The Lion, the Witch and the Wardrobe is an ‘allegory’ – that is to say, it pictures something in terms of something else; it depicts something very real in terms of something wholly unreal. Even if the universe expands for ever, as astronomers nowadays tell us it might, there will never be a Narnia in it. That world is a fiction; and its inhabitants (even Lucy) are mere figments (fictional inventions, that is) of the creative mind of the author C. S. Lewis. But nonetheless we feel (and Lewis certainly meant his reader to feel) that a solid core of truth is contained in Narnia’s manifest untruths.

Ultimately, then, we could say that the purpose of The Lion, the Witch and the Wardrobe is theological, a matter of religion. (Lewis was, in fact, a theologian as well as a story-teller.)The story makes sense of the human condition in terms of what the author suggests are larger truths. Every work of literature, however humble, is at some level asking: ‘What’s it all about? Why are we here?’ Philosophers and ministers of religion and scientists answer those questions in their own ways. In literature it is ‘imagination’ that grapples with those basic questions.

That early bedtime reading of The Lion, the Witch and the Wardrobe transports us through the wardrobe (and the printed page) to a greater awareness of where and what we are. It helps make sense of the infinitely perplexing situations in which we find ourselves as human beings. And, as an added bonus, it does so in ways that please us and make us want to read more. Just as the Narnia stories helped explain the world to us, as children, so our adult reading connects us to other adult lives. Re-reading Emma, or a Dickens novel, in middle age, we are surprised and delighted to find much more in it than when we read it at school. A great work of literature continues giving at whatever point in life you read it.”

–  Extract from A Little History of Literature by John Sutherland. 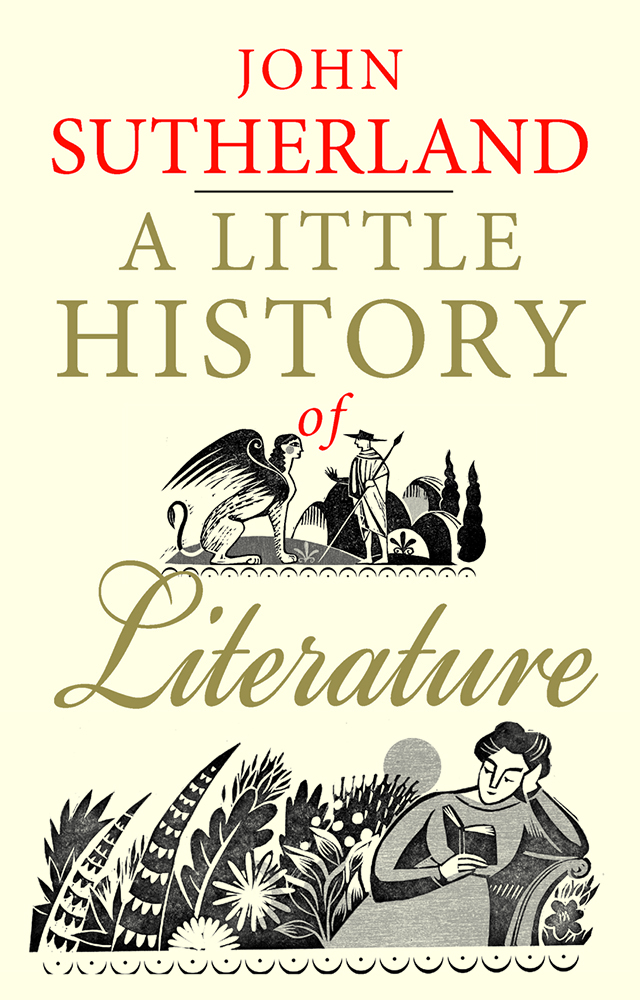 Author Article by Charles Freeman: The Sacred Flesh of the Saints