The figure of a geisha can be troubling to Westernised eyes. Yoko Kawaguchi, the author of Butterfly’s Sisters: The Geisha in Western Culture, certainly struggled with the emblem of a ‘mincing, simpering, personification of female subservience’, as she grew up as a Japanese girl in North America in the 1960s and ’70s. The geisha seemed to her to be an ‘anachronistic image of Japan’, and yet one which was permanently tethered to the country. The influence of the geisha even permeated down to the Yoko’s individual experience, it was as if the geisha was used as a constant ‘standard of exotic glamour’, that she could not possibly hope to live up to.

In Butterfly’s Sisters, the author examines the Western portrayal of Japanese women – and geishas in particular – from the mid-nineteenth century to the present day. Drawing from her own initially uncomfortable experience as a Japanese woman in the West, Kawagauchi discusses works as wide ranging as criticism of Baudelaire and Huysmans, the opera Madama Butterfly, the sculptures of Rodin, the Broadway play Teahouse of the August Moon, and the international best seller Memoirs of a Geisha.

Posted to coincide with the Japanese art exhibition currently on display at the British Museum, the following extract from the introduction to Butterfly’s Sisters: The Geisha in Western Culture outlines the origin of the geisha.

The geisha’s rise to worldwide renown was not as straightforward as might now be imagined. What was known in the west even during the centuries of Japan’s isolation, which lasted from the first half of the seventeenth century to the middle of the nineteenth, was that the social system of that country accommodated a class of licensed prostitutes who inhabited officially sanctioned brothel quarters. Reports of such women appeared in the few accounts of Japan published in the west during that period, mostly by employees of the Dutch East India Company (Verenigde Oostindische Compagnie), which, along with a small number of Chinese merchants, constituted the only foreign presence in Japan during those centuries. The VOC maintained a trading post on Dejima (otherwise known as Deshima), a tiny, man-made, fan-shaped island off the shore of the port town of Nagasaki, while the Chinese had their own walled quarter on land nearby. Foreigners were restricted to their respective trading posts, and they were only allowed to leave them under special circumstances. Since they were also prohibited from bringing their own womanfolk with them into Japan, they had no choice, if they wanted female companionship, but to ask for a professional courtesan to be sent from the official brothel quarter in town. Many of the accounts produced by employees of the VOC of their life on Dejima are candid about the arrangement that ensured a steady supply of women to the trading post.

When in the middle of the nineteenth century Japan opened the newly constructed port of Yokohama to sea traffic from abroad, the Japanese authorities attempted to set up in that town a system of regulated prostitution similar – though not identical – to the one which hap operated for so long in Nagasaki. The difference was that in former times foreigners in Nagasaki had been forbidden to visit the brothel quarter in person and had to wait for the woman to come to them, while now, in Yokohama, they were being enticed to visit its confines. Sex was not the only pleasure on offer in the brothel quarter. Patrons were able to eat and drink while enjoying entertainment put on by professional female musicians and dancers. Known as geishas or geiko, these female entertainers were a relatively new addition to the brothel quarters of Japan. It was only in the 1730s, once they heyday of the well-educated, highly cultured (and more expensive) tayu class of courtesan was over, that geishas first made their appearance. Their role was to divert brothel-house patrons while they waited for their appointed courtesan to become available. There were also male entertainers whose role was similarly to entertain waiting patrons with amusing banter, song and dance; indeed, the term geisha was originally used of both sexes, although it gradually came to designate female performer specifically (although in many parts of Japan they continued to be known as geiko), while the men were called otoko geisha (male geisha), hokan or taikomochi.

For the new foreign communities that sprang up in the handful of Japanese port towns now opened to commerce with the west, predominantly made up of men as they were, a major preoccupation was indeed women, specifically, local women who were willing to sleep with westerners. The chief concern of many incomers was simply how they might identify such women and go about acquiring a mistress for themselves. Others within the foreign community, such as western military commanders and doctors attached to foreign troops stationed in Japan, to say nothing of Christian missionaries, were more worried about the consequences of such contact on the morals, but even more on the physical well being of their fellow countrymen, in the light of the constant threat of a widespread outbreak of venereal disease. In this respect, the western concern over how prostitution was being dealt with by the Japanese authorities in Japan’s ports was not vastly different from concern in countries across Europe and North America over how their public officials were dealing with the proliferation of prostitution on their doorstep. Prostitution, and its effects on both the moral and physical health of men, especially young men, became an urgent, much-discussed social issue in many western countries during the nineteenth century.

What, however, was controversial to the minds of western commentators was the manner in which the Japanese authorities chose to tackle the problem: through regulation, both at the supply end (by setting up one officially sanctioned, monitored brother quarter per city) and the demand end (by channelling would-be consumers of prostitution exclusively to these quarters). Many western observers – particularly churchmen and missionaries, not surprisingly – objected to this approach to prostitution on moral grounds….

– from Butterfly’s Sisters: The Geisha in Western Culture 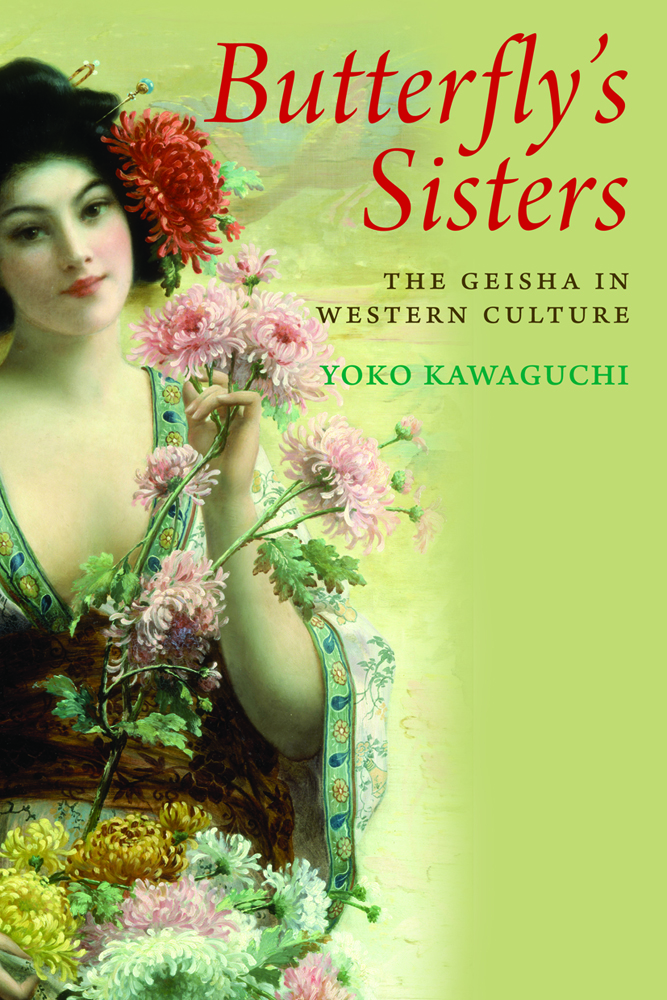 An Émigré in New York: Extract from Norman Manea’s ‘The Lair’

Norman Manea is an acclaimed literary figure, whose works evoke comparisons to such giants as Kafka and Musil….